The British Pound was seen outperforming its major peers ahead of the weekend, striking a one-week high against the U.S. Dollar while registering some hard-fought gains against an increasingly stubborn Euro that allowed it to inch towards a one-month best against its cross-channel counterpart.

"GBP is benefitting from risk appetite rise," says Robert Howard, an options analyst at Thomson Reuters, "another positive for the Pound is news UK PM Johnson is 'getting better' in ICU."

The Prime Minister "continues to improve" and had a "good night" in the intensive care unit at St. Thomas Hospital, said a Downing Street spokesperson at a regular press briefing.

Downing Street said on Wednesday that Johnson was in "good spirits" and making "steady progress". Chancellor Rishi Sunak later in the day told a daily Government coronavirus press briefing that Johnson was "sitting up in bed" and "engaging positively" with hospital staff.

The Pound has proven to be sensitive to news on the Prime Minister's condition, falling on Monday night when it was confirmed he had been transferred to the ICU. For foreign exchange markets, the incapacitation of the country's leader opens the door to fresh political uncertainty, and recent years have confirmed just how poorly the UK currency performs during such episodes. 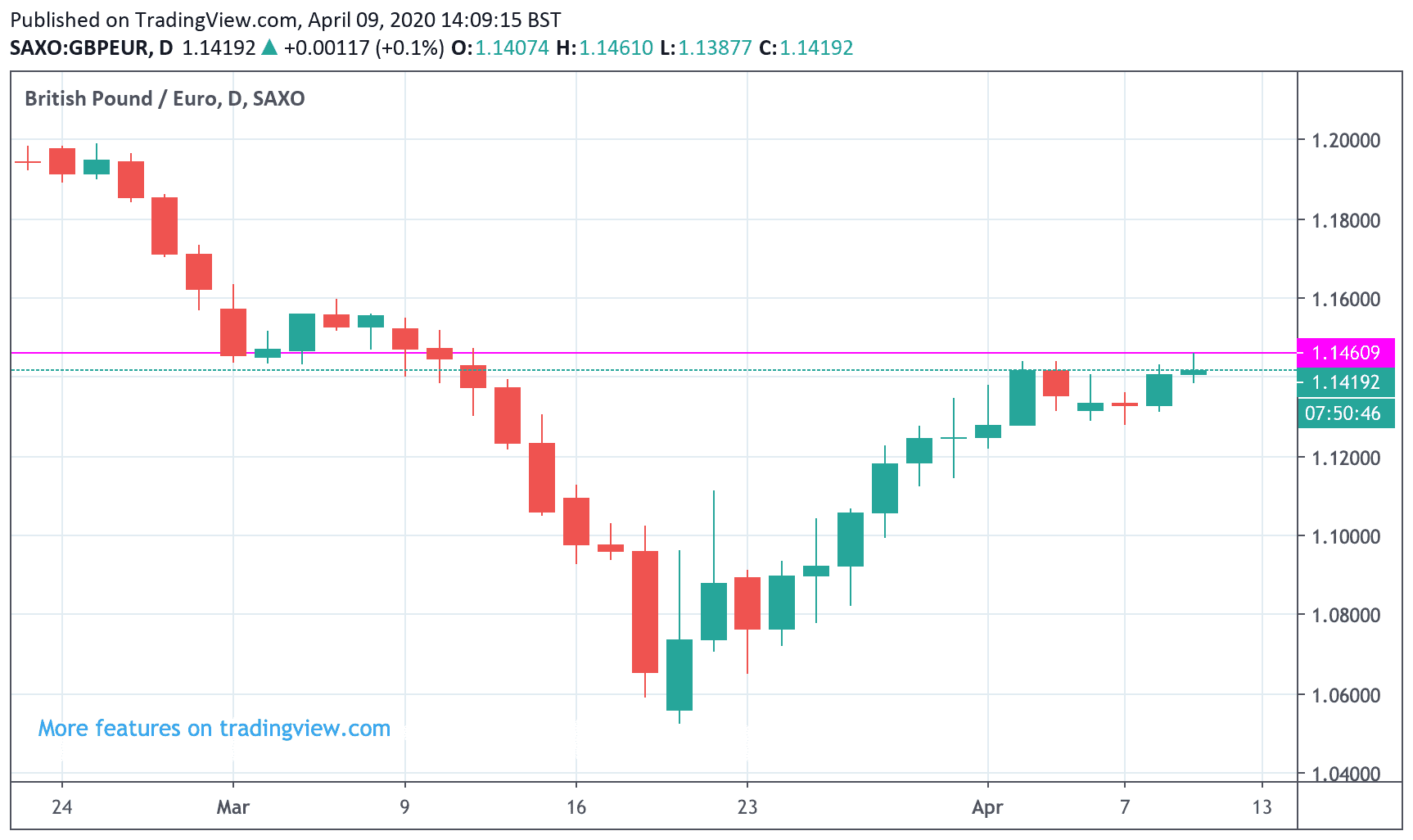 "European stocks have already made solid, if unspectacular, gains this morning, and while these are not like the big moves higher of the past few weeks, the quieter mood is a more positive sign for the long-term," says Chris Beauchamp, Chief Market Analyst at IG. "It looks like this much-derided rally still has some way to go, frustrating those expecting further declines. Buyers should tread carefully however, since the economic outlook remains grim, hardly a conducive environment for equities in the medium-term."

As long as stock markets are moving higher, and Johnson's health continues to improve, we would expect Sterling to remain relatively well supported.

However, any turnaround in market sentiment will likely cap the Pound's progress and we remain wary that incoming data will expose current stock market valuations as being extremely rich considering the scale of the economic setback the global economy is experiencing.

"G10 currencies have been dominated by Risk On – Risk Off dynamics, as has the whole of the FX universe. This has seen the USD, JPY and to a lesser degree the CHF perform well," says David Bloom, Global Head of FX Research at HSBC. "GBP has also moved into the risk on bucket, possibly because of Brexit and the economy’s gradually softening ties with the big, closed economy of the Eurozone. We would expect RORO dominance to persist for the time being."

The British Pound experienced a sharp loss of value in the first half of March as a meltdown in global markets saw a sharp outflow of global capital from the UK as investors demanded cash. It has been shown that the UK's sizeable financial sector leaves it particularly exposed to periods of global investor fear, and outflows appear to often be funded by Sterling transactions.

"The UK has a large and systemically important banking sector which is particularly exposed in times of credit crunches and disturbances in the global funding system - containing Libor-OIS and basis swaps spreads via more USD liquidity is key," says Morten Lund, US & UK analyst at Nordea Markets.

Efforts by the U.S. Federal Reserve on March 19 to increase the supply of dollars into the global financial system by extending swap lines to a host of global central banks appears to have proven to be a decisive factor in fading the desperate clamour for dollars, which in turn poured water on the firesale of Sterling. 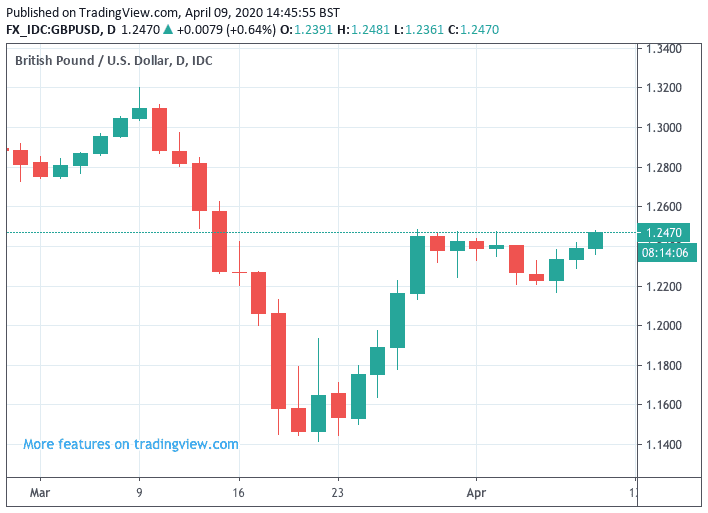 The Federal Reserve on Thursday announced another series of sweeping steps to provide as much as $2.3 trillion in additional aid during the coronavirus pandemic, including starting programs to aid small and mid-sized businesses as well as state and local governments.

If the Fed was behind the stabilisation of Sterling in March, we would expect further support measures coming from the U.S. central bank to be net supportive of the UK currency.

The Fed also said it would move to shore up parts of financial markets, saying it would start buying some debt recently downgraded to below investment grade as well as certain collateralised loan obligations.

Say what you like about Jay Powell, when he sets out to do something it's full measures followed by more full measures until the job is done pic.twitter.com/fsyPcuGHWn

"Our country’s highest priority must be to address this public health crisis, providing care for the ill and limiting the further spread of the virus,” Fed Chair Jerome Powell said in a statement. “The Fed’s role is to provide as much relief and stability as we can during this period of constrained economic activity, and our actions today will help ensure that the eventual recovery is as vigorous as possible."

Highlights of the latest steps include a Municipal Liquidity Facility which will offer as much as $500BN in lending to states and municipalities, by directly purchasing that amount of short-term notes from states as well as large counties and cities.

A Main Street Lending Program was launched which is designed to ensure credit flows to small and mid-sized businesses with the purchase of up to $600 billion in loans.

The Fed also said it would expand the size and scope of the Primary and Secondary Market Corporate Credit Facilities and the Term Asset-Backed Securities Loan Facility to support as much as $850BN in credit.

"The mood across markets was slightly risk-off today until the Fed presented investors with an Easter gift. The US central bank takes additional actions to provide up to $2.3tn in loans to support the economy. This funding will assist households and employers of all sizes and bolster the ability of state and local governments to deliver critical services during the coronavirus pandemic," says Mathias Van der Jeugt at KBC Markets.

The Dollar was down across the board following the news, allowing Sterling and the Euro to push higher.