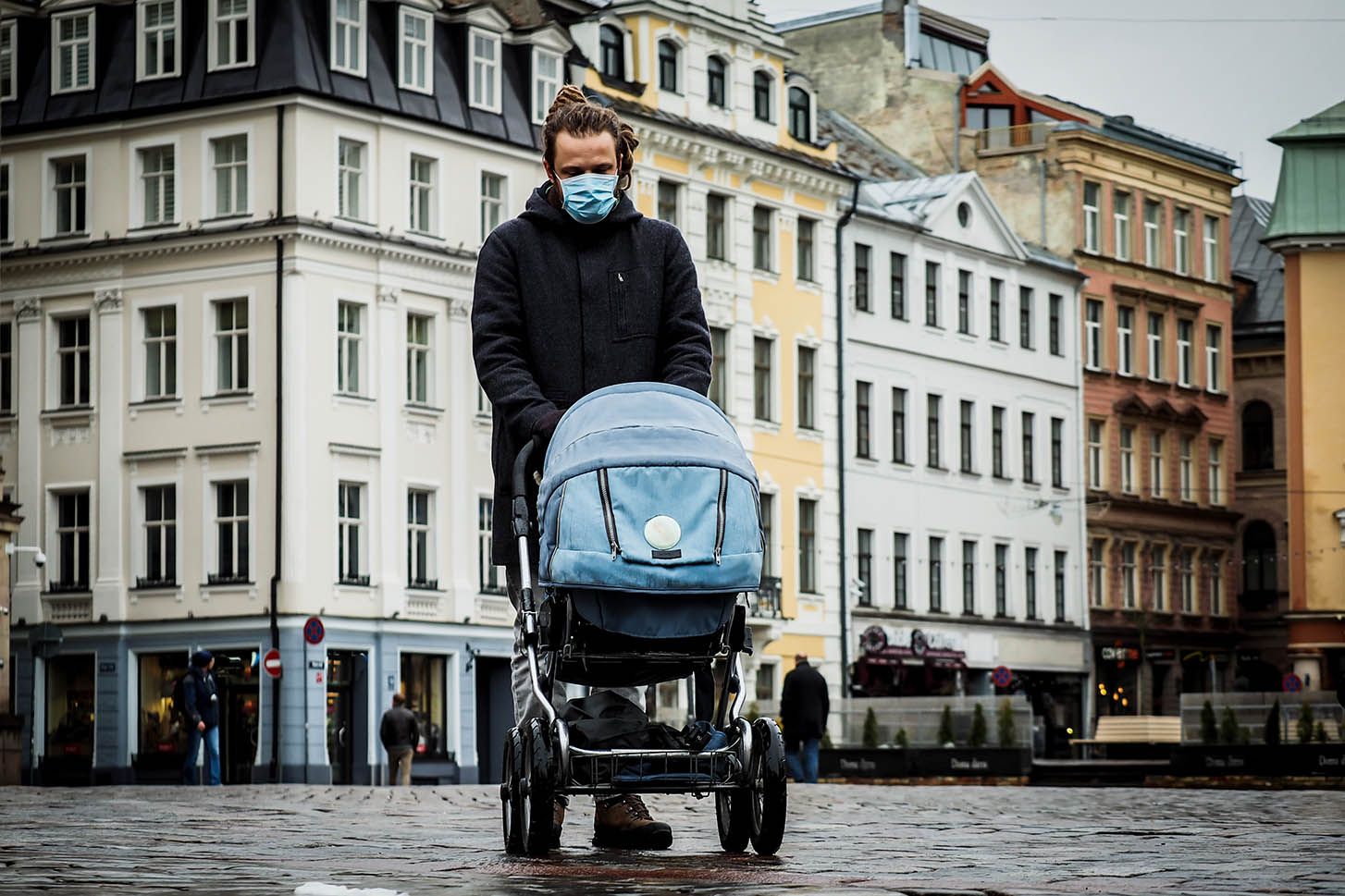 The British Pound came under sustained selling pressure at the start of the new week as markets repriced the currency on account of ongoing coronavirus fears and expectations for turbulent EU-UK trade negotiations, which have officially commenced today.

Despite the promise of extra support from global central banks, hopes for a decisive rebound in global equity markets are yet to transpire and according to one noted UK economist the deeper the economic impact of the virus outbreak, the greater the risk to Sterling.

Global markets unravelled four months worth of gains last week and the Pound has begun to react negatively to bouts of market fear over coronavirus and is now well off its 2020 highs and looks increasingly intent on entering short-term downtrends against a number of currencies.

Market expectations for an interest rate cut at the Bank of England in March have meanwhile risen to 65% on Monday suggesting the market is currently pricing in a rate cut. When expectations for an interest rate cut at a central bank grow, the currency it issues tends to decline in value. This dynamic could well be at play. "In the wake of recent rumours regarding global interest rate cuts, the Bank of England may be forced to envisage an easing of monetary policy earlier than previously expected," says Marc-André Fonger, Head of Research at Fongern FX.

Pantheon Economics have meanwhile on Monday said they now expect the Bank of England to deliver a rate cut at the March meeting.

"We fear... that Sterling will be one of the currencies hit hardest if the coronavirus becomes a fully-fledged pandemic and pushes the global economy into recession," says Tombs. The Sunday Times ranked Tombs as the most accurate forecaster of the UK economy in 2014 and 2018 while Bloomberg consistently has ranked Samuel as one of the top three UK forecasters, out of pool of 35 economists, throughout 2018 and 2019.

A first case of coronavirus was identified in England on Saturday in which the disease was thought to have been “passed on in the UK,” Chief Medical Officer Chris Whitty said.

The man was found in an undisclosed part of Surrey and there is now an urgent effort underway to identify how he came to have the virus as well as all individuals who’d been in contact with him. Since then a primary school teacher Reading, Berkeshire has been confirmed to be suffering from coronavirus, leading the school to close temporarily.

According to Tombs, the UK's still relatively small number of coronavirus cases means the Bank of England might be less inclined to cut interest rates than their global peers in countries where the outbreak might be more severe. In theory this should provide a relative advantage for Sterling currencies of central banks that are cutting rates tend to fall relative to currencies of central banks that are raising, or maintaining, their interest rates.

Pantheon Macroeconomics tell clients the U.K. economy is better placed than many other economies to weather the pandemic.

"Britain's manufacturing sector is a minnow, while the country's status as a net importer of tourist services - outbound tourism exceeds inbound tourism by 50% - means that a sudden grounding of all flights or increased reluctance to take trips overseas might boost domestic expenditure," says Tombs.

However, the apparently benign status of the UK economy amidst a global outbreak might simply not be enough to keep Sterling supported.

"The Pound is a structurally weak currency and it remains sensitive to global investors' appetite for risk," says Tombs.

"Large capital inflows are required to keep sterling stable, given that the U.K. runs a persistent current account deficit, equal to nearly 4% of GDP. Sterling depreciated by 25% during the 2007/08 crisis primarily due to a global pullback in cross-border finance, not a material shift in interest rate differentials," adds the economist. 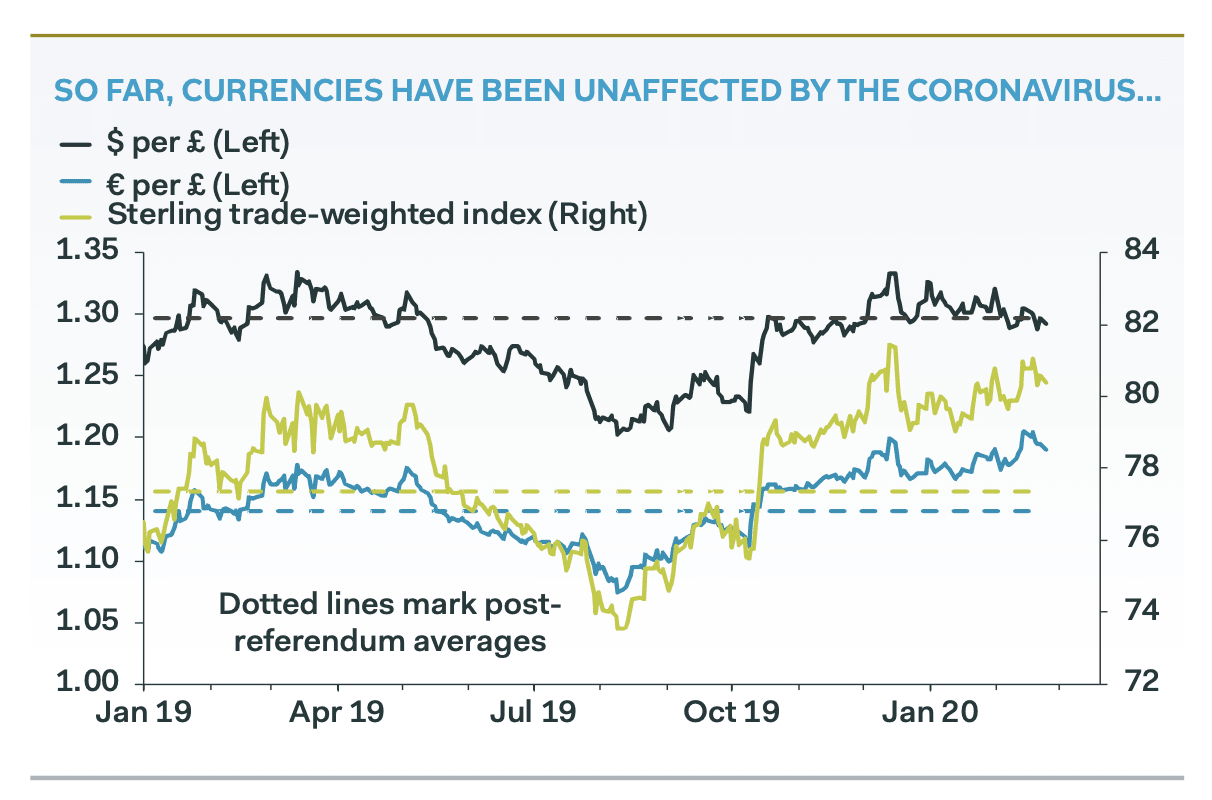 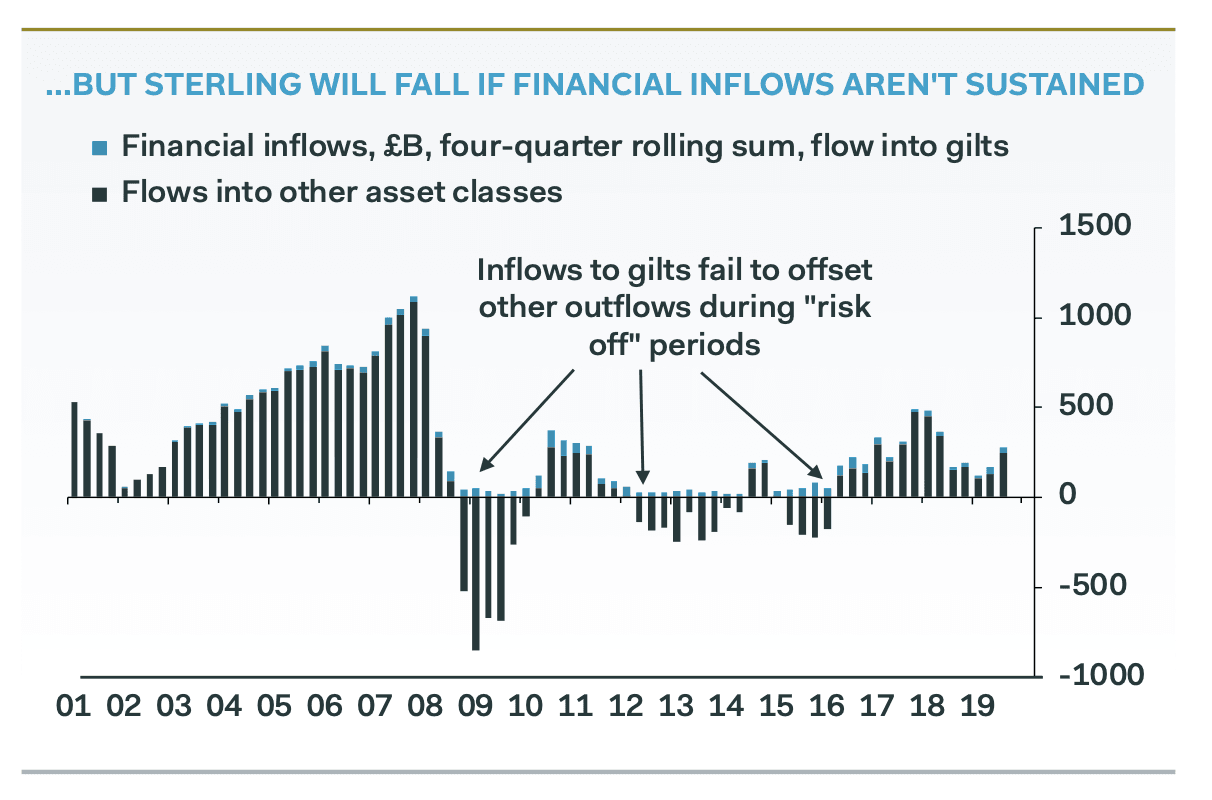 Global markets continue to reflect rising investor fears that the outbreak - and attempts to prevent the disease from spreading - will cause a substantial global economic slowdown.

China this weekend released data that showed containment measures enacted at the start of January had severely restricted economic activity. The Composite PMI - which gives a snapshot of economic activity for February - fell to a record low of 28.9, having been at 53.0 in January.

During the financial crisis of 2008 the activity indicator only went as low as 38.8.

The real risk for those holding stocks, and indeed for the British Pound, is that this slowdown persists into March and other economies start to show contagion effects. However, one analyst we follow says the worst might have now been passed for China.

After weeks of preparation the EU and UK are to officially commence trade negotiations in Brussels. Round 1 commences on March 02 and ends on March 05 with four further rounds ending on Saturday May 16.

The progress of talks should form the immediate domestic focus for the Pound this week.

The two sides appear to be far apart on some key issues, particularly the degree to which the UK follows EU rules and regulations in order to achieve its desired objective of tariff-free trade.

We expect talks to be arduous and unlikely to be fully finalised before the UK's self-imposed year-end deadline.

This is likely to create a level of uncertainty that should ensure Sterling's strength is ultimately restricted and ensure strength remains limited. The downside potential is however elevated on any signs that the UK and EU are unable to achieve the kind of trading relationship struck by the EU and Canada in 2014.

"Prime Minister Johnson warned that if the EC denies it the Canadian-like agreement, the UK will walk away from talks at the end of Q2. The EC negotiators have made it clear that such a deal with the UK would require regulatory alignment, which the UK cannot accept. This issue is to the trade talks that Ireland was to the divorce agreement, nearly impossible to resolve without transgressing redlines of one side or the other," says Chandler.