The EU General Affairs Council - which is made up of ministers from the 27 EU states - agreed the mandate that will now serve as the reference point in upcoming negotiations for Michel Barnier and his team.

Amongst the 46-page document is a requirement that the "envisaged agreement should uphold common high standards, and corresponding high standards over time with Union standards as a reference point".

EU standards would serve as the reference point "in the areas of state aid, competition, state-owned enterprises, social and employment standards, environmental standards, climate change, relevant tax matters and other regulatory measures and practices in these areas".

We see no explicit requirement that the UK mirrors EU laws as they evolve. This is key: responding to evolving EU rules is referred to 'dynamic alignment' and will draw questions on how independent a post-Brexit Britain really is.

For Sterling what matters is whether or not the draft mandate is so rigid that it immediately boxes Britain into a corner that would make negotiations unlikely to succeed. Should negotiations appear to be headed for failure, the Pound could be in for a significant decline.

"The risk of no-deal come December, which we continue to believe the market underappreciates and thus underprices, leaves a low ceiling for the currency, but considerable downside," says Paul Meggyesi, Head of FX Research at JP Morgan.

However, without explicitly requiring negotiators to seek dynamic alignment from the UK we would suggest the EU's mandate does allow for the kind of flexibility required for a deal to succeed. After all, the EU and UK will be starting their future alignment from a point of perfect equivalence and it is highly unlikely the UK would seek to diverge in an aggressive manner in the early years its post-EU life.

From a foreign exchange perspective 2020 is likely to see the British Pound take its direction from EU-UK trade negotiations and it should ultimately exhibit a binary up-down reaction to perceived odds of a trade deal being secured by year-end.

We maintain a view that this will only really become an issue for markets once negotiations are at an advanced stage and as such there is not yet any real reason to buy or sell the currency based on the trade negotiation narrative.

Negotiations are expected to formally begin on March 02.

The Pound-to-Euro exchange rate was quoted at 1.1961 at the time of publication, up 0.46% on the previous day's close.

The EU’s mandate can be seen as a blueprint for the possible rows in the coming months of negotiations, says @adamfleming

Despite Tuesday's bounce, Sterling has nevertheless lost ground against the Euro, Dollar and a host of other major currencies over recent days and on current trends is set to end February on a soft footing, with financial market analysts laying the blame for the softer performance over growing anxieties over trade negotiations.

The trend lower could remain intact considering the Pound's apparent unwillingness to react to positive factors, particularly to signs of an economic pickup and the potential for a the announcement of sizeable spending pledges in next month's budget.

"The relatively underwhelming price action is notable following what were some solid data prints coming out of the UK - beats in CPI, retail sales and the PMIs stand out. That GBP couldn't catch a material bid from those positive cyclical indicators highlight the degree to which GBP price action will ultimately a function lesser of domestic factors and more of the state of UK-EU free trade negotiations," says Meggyesi.

The focus for global financial markets remains the coronavirus outbreak which saw a sharp selloff in global stocks on Monday and spurred demand for the Dollar and Swiss Franc, which are the two undoubted safe-haven currencies at this point in time.

The Euro and Pound meanwhile appear at sea in the current environment, showing no decisive positive or negative reaction to swings in market sentiment driven by coronavirus fears.

"In the past few weeks we have argued how the Eurozone’s fragile growth outlook and capital flow structure has made it an inferior funding safe haven currency," says Meggyesi. Meanwhile, "GBP continues to perform idiosyncratically rather than as a traditional reserve currency."

JP Morgan observe "a dwindling roster of defensive currencies in which to hedge or otherwise express defensive views, namely the Swiss Franc and the U.S. Dollar." 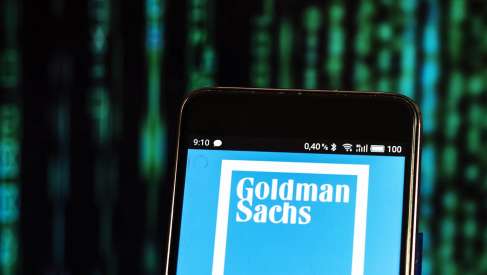