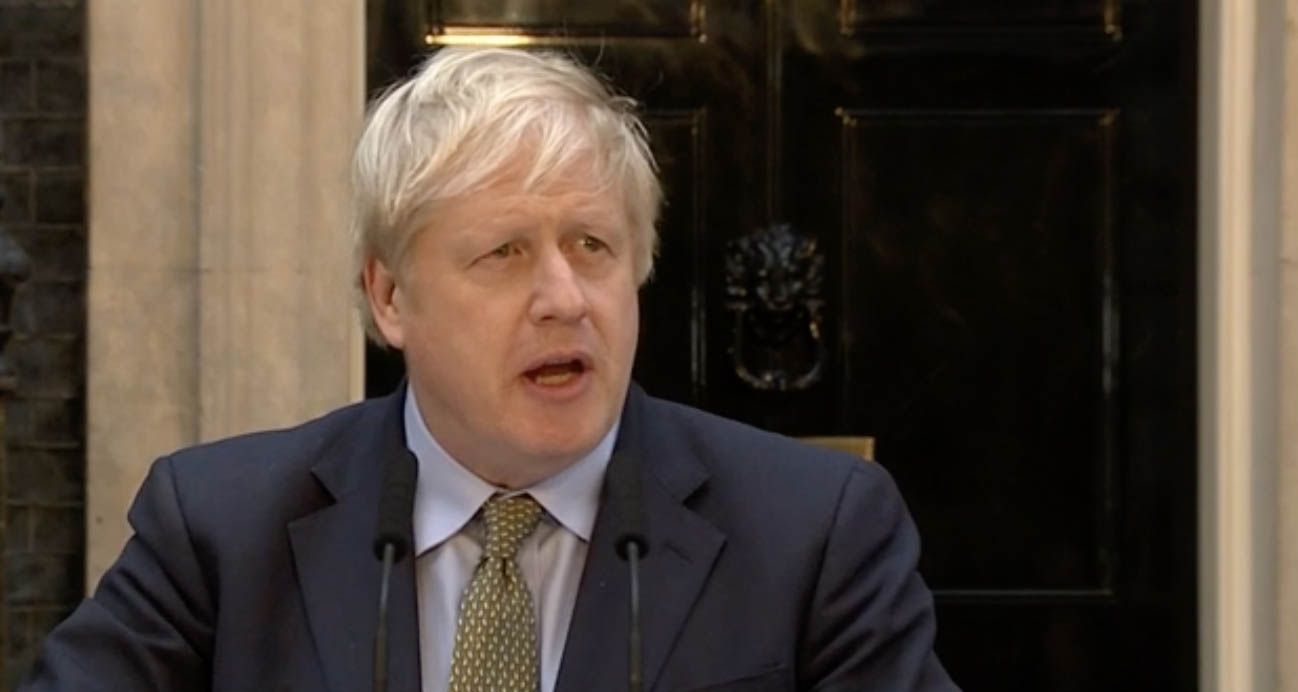 The British Pound went into reverse on Friday as foreign exchange traders booked profits on the currency's meteoric rise in the wake of the General Election result, leaving analysts to question whether the Pound had recorded its high-water mark or whether 2019 still had some gains to offer.

The Pound-to-Euro exchange rate fell back below 1.20 to quote at 1.1940 on Friday afternoon, but the pair had been as high as 1.2080 following the release of the exit poll on Dec. 12 that confirmed the Conservatives were on course for a sizeable majority.

"It may be as good as it gets for the GBP for now," says Derek Halpenny, Head of Research, Global Markets EMEA and International Securities at MUFG. "The positive election result appears well priced into the GBP." 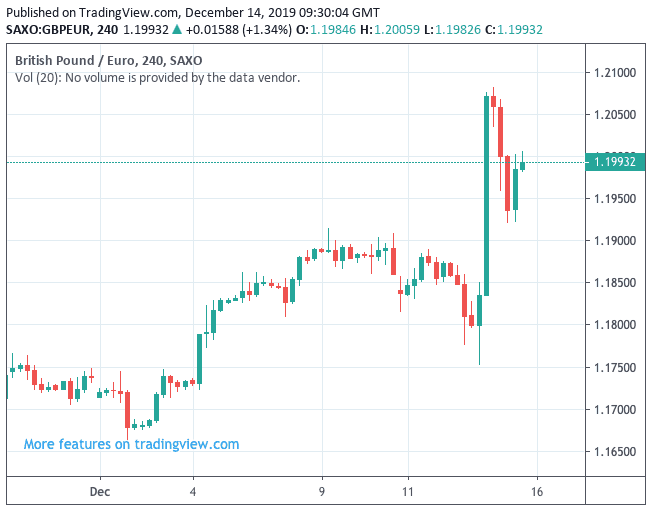 Above: The GBP/EUR 4 hour chart showing Sterling's spike on election night, but gains have subsequently been capped.

The Pound has been in a steady uptrend since August when it first became clear that the UK would avoid a 'no deal' Brexit scenario; gains accelerated following the signing of a Brexit deal with the EU and Sterling found yet further wind when polling suggested the Conservatives would win the election and find themselves in a position to pass said deal.

The question now becomes, what could keep the rally going, do we need a new positive driver?

MUFG say Pound Sterling will find it more challenging to extend its advance in the near-term. "A lot of the good news has already been priced into the GBP after it strengthened sharply by 13% against both the USD from the September low, and the euro from the August low. The pound is also set to become less volatile after the period of pivotal event risk has now passed," says Halpenny.

The gains came as global investors bought into heavily discounted UK assets on the belief that a solid Conservative majority would open the door to political and economic certainty over coming months, and years.

The Pound has long been a valve on sentiment towards the UK, and its rise confirms a renewed confidence in the UK's economic outlook.

"It could allow the GBP to be driven more by economic fundamentals again. Market participants are optimistic that the UK economy will rebound early next year after hitting stall speed in recent months and further boost the GBP," says Halpenny.

According to the ONS, UK GDP growth was flat in the three months to October 2019, meaning the UK economy effectively saw no growth in the latest three months.

There were increases across the services sector, offset by falls in manufacturing with factories continuing the weak performance seen since April.

Economists have cited ongoing uncertainty over Brexit and UK politics as a key reason for the stalling in the UK economy, largely because businesses have tended to hold back on investment decisions until further clarity emerges.

Global investors have, following the Conservative's win, begun buying UK assets again, and in the process bidding up the value of Sterling. 2020 therefore looks to be they year the Pound starts reacting to economic fundamentals once more, as opposed to being a proxy for political risk sentiment.

"What will be decisive long term is how Prime Minister Boris Johnson is going to use his new, clear majority. The possibility of a sustainable Sterling recovery is emerging very cautiously," says Ulrich Leuchtmann, Head of FX & Commodity Research at Commerzbank. 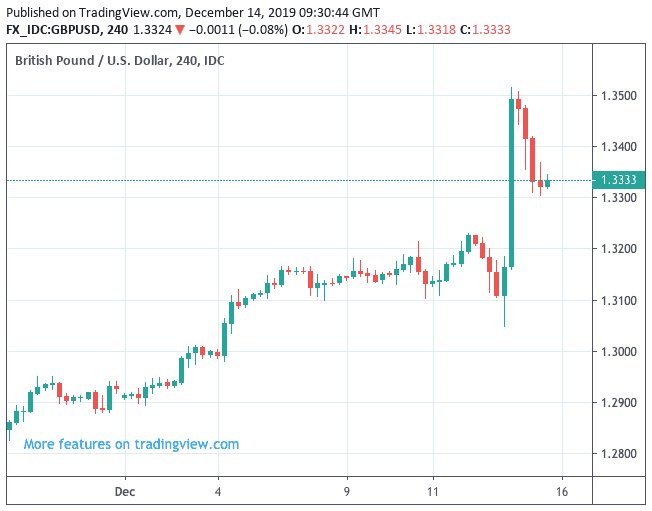 Above: GBP/USD chart showing recent price action. The trend is firmly up, but some consolidation appears likely

In a note to clients Leuchtmann says the size of the Conservative majority is positive for the UK economy's outlook as it takes the pressure off Johnson to pander to various factions in his party.

Therefore, "he might find it easier to extend the transition period, during which a sensible trade agreement would be difficult to obtain; he might be more inclined to give in on details of the trade agreement," says Leuchtmann.

Whether Johnson shows this pragmatism is however not guaranteed, "but it is possible. And therefore has to be taken into consideration for the GBP exchange rates with a positive probability," says Leuchtmann.

Based on recent developments Commerzbank advise clients they are inclined to hike their Pound-Euro exchange rate forecasts for 2020, from the current targets of 1.165 for March, 1.1630 for mid-year and 1.1214 for year-end.