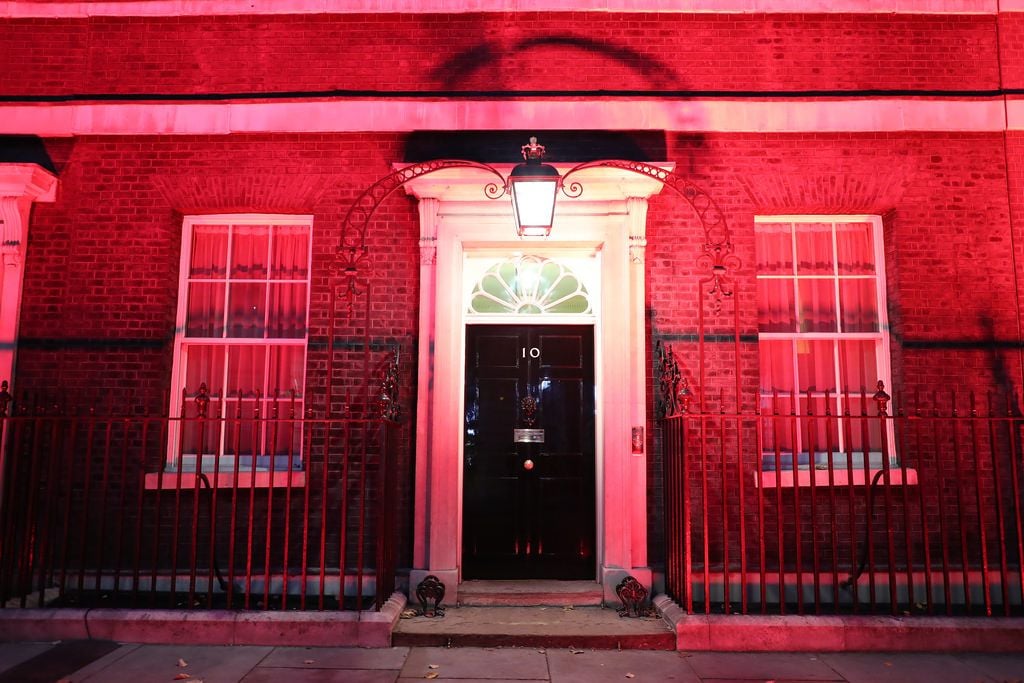 - GBP/USD to rise up to 7% on sizeable Conservative majority

The British Pound was trading in bullish fashion on the eve of what is likely to be the UK's most crucial General Election in a generation, with the currency moving higher in response to a rise in the odds of a Conservative majority being delivered on Thursday, December 12.

The Pound fell sharply overnight following the results of the highly anticipated YouGov seat forecast that showed the Conservatives would win a smaller majority than the same model previously predicted in late November. The result of the poll saw the odds of a Conservative majority slide from above 80% on the Betfair Exchange to below 70%.

However, through the course of Wednesday those odds crept higher again, and are currently settled above 70% once more. The final opinion poll from Opinium of the campaign was released on Wednesday and showed the Conservatives to hold a lead of 12 points over Labour, a lead that is down three points on their previous poll. 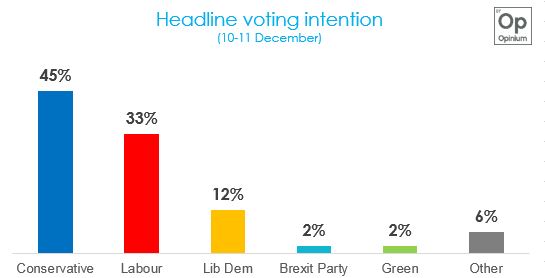 The poll therefore suggests a sizeable majority for the Conservatives but nevertheless reflects an ongoing pickup in vote share for Labour, and foreign exchange markets will be be wrong-footed if this pickup has extended into the final two days of the campaign and delivers a hung parliament.

The market nevertheless - rightly or wrongly - remains priced for the Conservatives to emerge with a majority and the Pound has traded higher as a result.

Commenting on Sterling's response to the events of the past 24 hours, Joshua Mahony, Senior Market Analyst at IG, says: "the lack of follow through on early selling is perhaps a reflection of the fact that the YouGov poll remains an outlier, the final Opinium poll highlighting a 12-percentage point lead for Johnson."

Fears that the pollsters have underestimated the Labour vote, as was the case in 2017, means foreign exchange options markets are laden with orders that would protect corporates and traders against any sudden fall in Sterling. These orders pay out when the Pound declines, and therefore offers protection to market participants in the event of a negative surprise.

The more these options are in demand, the more expensive they become. And, those with a view of the options markets are saying the cost of insuring against a fall in the Pound is particularly high at the present time.

Therefore while the Pound has been bid higher of late, there is no shortage of caution amongst traders who still have the events of the EU referendum of June 2016 in mind.

"The cost to protect against a GBP setback in the FX options market has surpassed the levels reached before the 2017 UK election. It's now at levels last seen over the 2016 Brexit referendum. That cost is determined by risk reversals – which show the implied volatility premium for GBP puts over calls (the right to sell versus buy GBP) on a one-week horizon," says Richard Pace, an options analyst for Thomson Reuters. 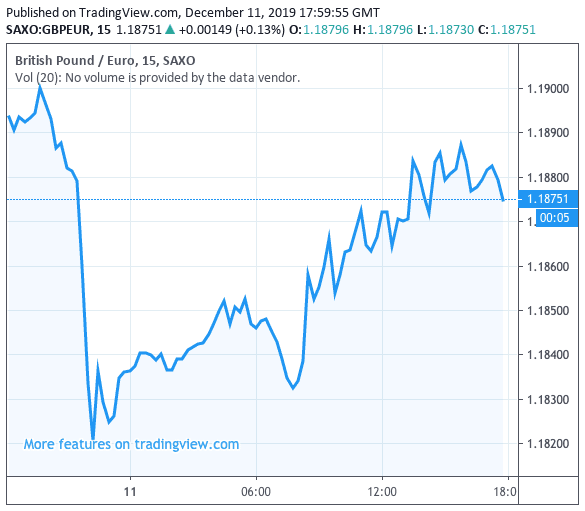 Above: Sterling's rise and fall as markets respond to shifting odds of a Conservative majority

The Pound has for some weeks been rising on the idea that a Conservative majority would see Brexit and political uncertainty rapidly diminish, unlocking UK business investment in the process and and attracting inflows of foreign investment.

But recent polls are showing the UK is steadily travelling towards a hung parliament, which offers years of potential political and Brexit uncertainty.

"Sterling emerged steady after a volatile night of trade. Thursday’s much-anticipated election is not just about Brexit – it’s increasingly become a socioeconomic matter. The state of Britain’s health care system has come into focus, adding another layer of uncertainty. While steady, the Pound would be vulnerable to any election outcome that stops short of a Conservative majority," says Joe Manimbo, a foreign exchange analyst with Western Union.

The final YouGov seat projection model confirms a trend in growing support for Labour, and there is a good chance this trend extends well into Election Day. Therefore, this majority of 28 predicted by their poll is at risk of being whittled down yet further ensuring no one party can command the House of Commons without support.

Such an outcome would then make the prospect of a Labour-led minority Government a highly likely one, as the Conservatives have no obvious coalition partners having fallen out with the DUP over the nature of the Brexit deal struck between the UK and EU.

Potential Moves in the Pound on Different Election Scenarios

The British Pound will likely tread water for much of Thursday, with traders opting to take exposure to the currency off the table in anticipation of some solid guidance as to how the vote has gone.

A key moment comes at 10PM when the exit poll is released; typically this gives an accurate flavour of how the vote went. In 2015 it correctly called the Conservatives as the largest party, this was significant at the time as the polls had been saying Labour would emerge with the most seats heading into the vote.

In 2017 the exit poll correctly called the Conservative victory, albeit with no majority.

If the exit poll suggests a sizeable win for the Conservatives, expect the Pound to trade higher in relief.

Researchers meanwhile see a slim and vulnerable Conservative majority of less than 15 seats as commanding a 20% possibility.

Under such a scenario Westpac are forecasting GBP/USD to fall 2%.

A hung Parliament, where the Conservative are the largest party but Labour lead a coalition government is given odds of 15%.

This scenario could see the GBP/USD exchange rate fall between 3 and 5%.

Other probabilities are a hung parliament with Labour as the largest party (10%) and a slim but vulnerable Labour majority led by the Corbyn leadership (5%).

Theses scenarios would see a fall in GBP/USD of between 7-8% and 10% respectively.