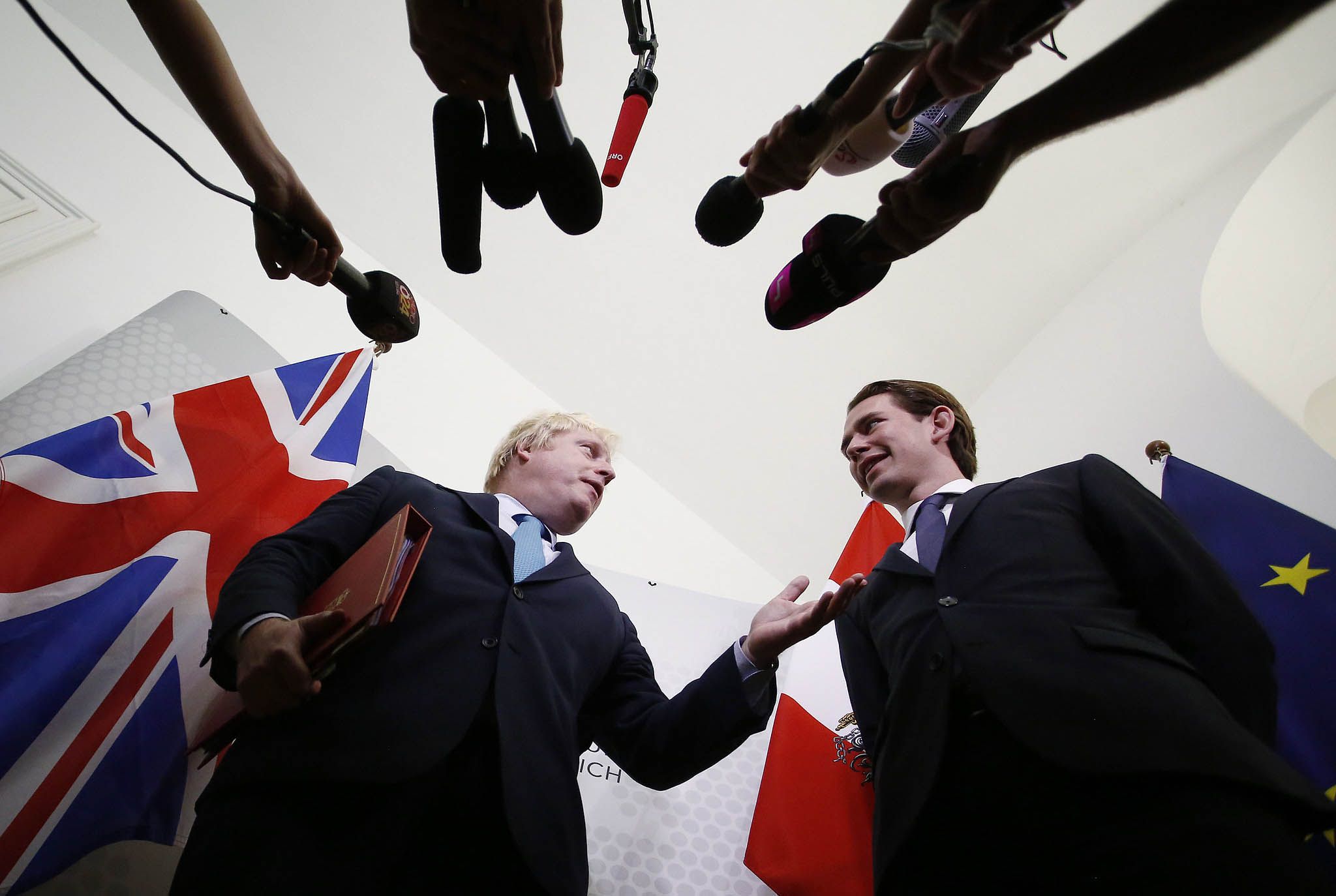 - Risk of ‘no-deal’ still not eradicated

The British Pound strengthened on the final day of trade in October, amidst fresh polling data that showed the Conservative Party maintain a comfortable lead, that if maintained could deliver a majority Government for Boris Johnson.

Sterling was the best-performing currency last month, thanks to the fading of expectations for a 'no deal' Brexit to take place at month-end, but perhaps more important for Sterling were growing expectations that a Brexit deal would be sealed and years of uncertainty finally put to rest.

Markets are aware that a Conservative victory on December 12 will deliver that deal, and hence why we would expect signals of a Conservative win at the looming General Election to be on margin supportive of the Pound.

However the election campaign has yet to even really begin as Parliament still sits, these are therefore early days and the polls could shift before December 12, suggesting the Pound's gains cannot be assured. A hung parliament looks to be a very real prospect, and such an outcome would inject significant uncertainty into British politics and the economy will continue to suffer as a result.

"The further extension of the Brexit deadline and the electoral contest in Britain could leave sterling stuck in a sort of limbo where the currency may become more sensitive to electoral polls rather than to the ongoing Brexit debate. Therefore, the chances of a further GBP rally towards the end of the year are looking pretty slim. We thus expect further GBP/USD and EUR/GBP stabilisation below 1.30 and above 0.85, respectively, during the remainder of 2019," says Roberto Mialich, FX Strategist at UniCredit Bank in Milan.

A Conservative majority in Parliament would mean the ratification of Brexit, and a future trade deal, would not face that kind of blockages we have grown accustomed to. But, a hung parliament would almost certainly mean passing the required legislation to avoid future bouts of uncertainty would be difficult to achieve.

With this in mind, we hear the Pound is at risk of falling because of traders taking profit after the recent rally and residual risks of a cliff-edge Brexit at the end of the transition period, according to Jordan Rochester an FX strategist at Nomura International PLC.

"We have to reign back hopes of that ‘Eureka’ moment,” says Rochester in an interview with Bloomberg News. “The end of the transition is only a year away and that could still be when we have that cliff-edge." 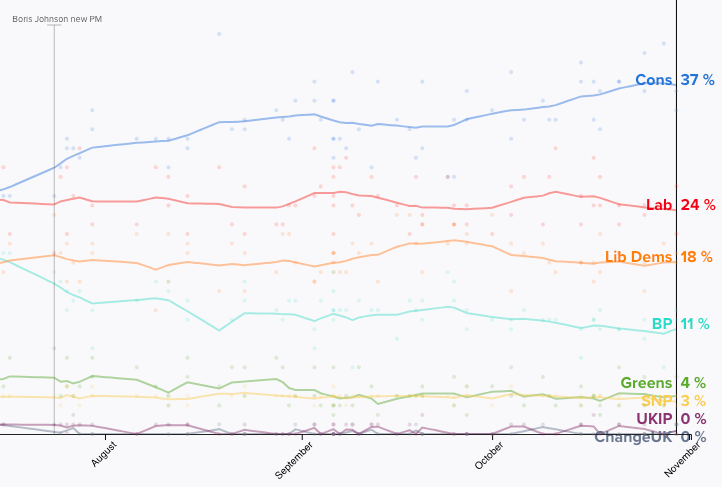 If we stick all the polls together since Boris Johnson became Prime Minister, we get the above. Graph courtesy of POLITICO.

Rochester also sees traders who lept on the big Sterling bull higher after the UK and EU agreed a deal at the start of October, now likely to ‘cash in their chips’ and take profit, adding supply to the market which could lead to a pull-back in Sterling.

The ‘information flow’ for investors will also slow leading to further hesitation from Sterling bulls.

To try to call the December general election is a "fool’s errand" says the Nomura strategist. “My advice to clients has been, over the 6 weeks, anyone who tries to tell you who is going to win this election, they are kind of fooling you, because, you cannot say with confidence what is going to happen. We saw that with 2017, we saw that at the previous 2 elections as well.”

Despite the Conservatives leading in polls and looking like they will win, voting intention volatility is extremely high making it very difficult to use polls as a guide to the election’s outcome.

"The British electoral service has done some great work which shows around 35% - 45% of voters have been switching their party allegiance over the last 3 election cycles. So it is very volatile, the polls can move," says Rochester

Overall, therefore, Nomura has now pivoted to being bearish, or ‘short’, Sterling.

“I am short Sterling because I think you are going to have investor information slowdown, and also folks who caught this move like myself will be taking profit here,” says Rochester.

The nearish call is only short-term and after the general election there may be "opportunities to get long again," particularly if "the Tories get a majority or indeed win," says Rochester.

In the event that the Tories do win a majority Rochester expects a "short-term rally on a deal being struck with the EU."