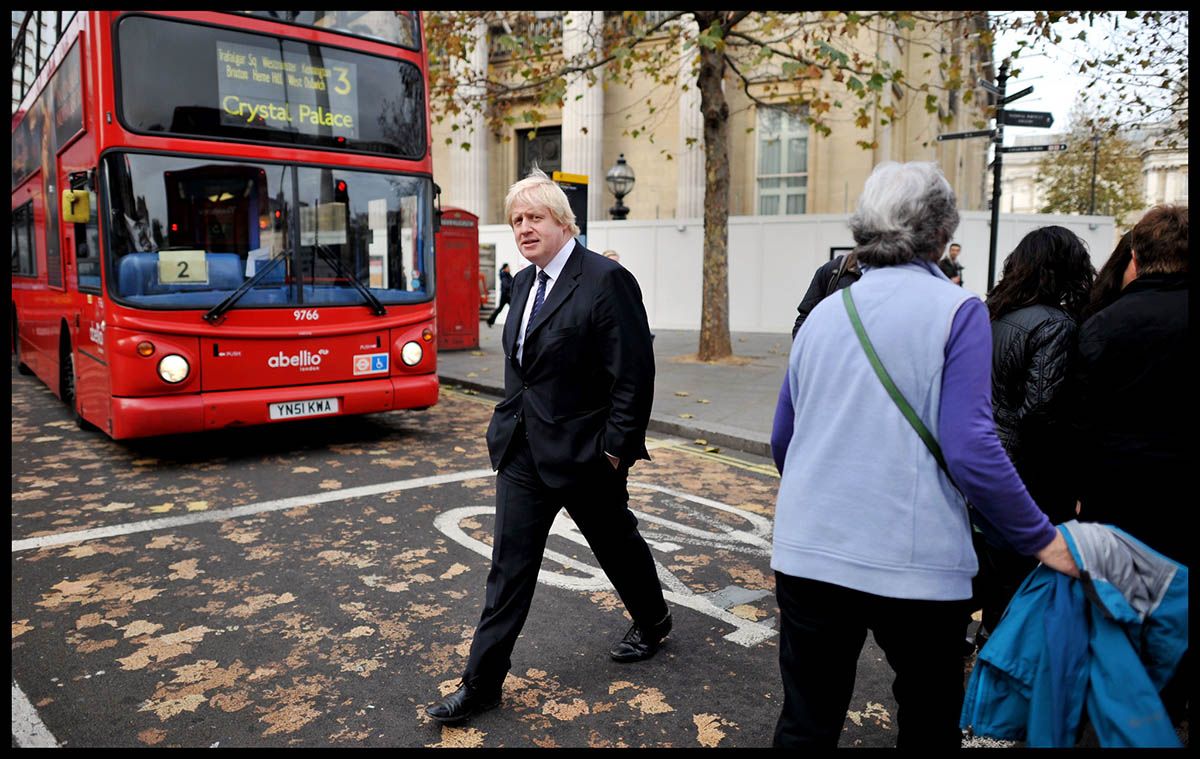 - This would be marginally negative for the Pound

The British Pound is seeing a strong finish to October, a month that saw it outperform all its major rivals by a comfortable margin.

Driving the advance was the ongoing fading of expectations for a 'no deal' Brexit to take place on October 31, but perhaps more important for Sterling were growing expectations that a Brexit deal would be sealed and years of uncertainty finally put to rest.

Markets are aware that a Conservative victory on December 12 will deliver that deal, and hence why we would expect signals of a Conservative win at the looming General Election to be on margin supportive of the Pound.

The latest YouGov Westminster voting intentions, out on Thursday morning, looks as follows:

The latest Ipsos MORI poll, out Thursday mid-day is as follows:

YouGov will be the pollster watched by the markets as they were easily the most accurate in the 2017 vote.

If translated into votes, this suggests a Conservative win, with an outright majority government that will enable Boris Johnson to implement his Brexit plan without impediment.

However we are conscious that Theresa May witnessed a sharp bounce in poll ratings after she called her snap General Election in 2017, and the strong lead rapidly evaporated and the gamble cost the Conservatives their majority in Parliament.

Markets will stay wary as a result and we would imagine gains in the Pound will likely remain relatively modest.

"For Sterling, I suspect the rally we've seen so far is as good as it gets until we get a clear read on what the post-Brexit economy will looks like. Previously we were very optimistic that a post-Brexit investment catch up would boost GDP and create a powerful relief rally," says Ranko Berich, Head of Research at Monex Europe. "But global factors now confound this picture significantly, and ongoing uncertainty due to GE, global trade, and just latent lower investment because of Brexit itself may mean slower growth in 2020." 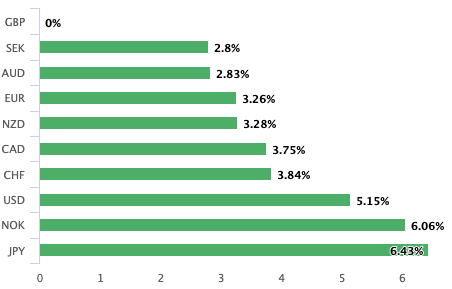 Above: The Pound was the best-performing major currency in October.

"A solid majority win for the Conservatives would mean PM Johnson would implement his Brexit deal without too many problems. Even a slim majority may also prove sufficient, as long as Johnson achieves independence from the DUP and The Brexit Party,” says Mikael Olai Milhøj, senior analyst at Danske Bank.

The polls are notoriously difficult to read however, and a simple percentage lead does not always translate into seats given the UK’s first-past-the-post system where a party is able to garner millions of votes but still not win a single seat: just ask UKIP.

"The seat projections were way off in 2017 except for the YouGov election model, which was the only one that predicted the Conservatives would lose the absolute majority,” says Milhøj. “One of the problems for the projections last time was that the turnout was higher than expected (68.8% versus 66.2% in 2015) and the highest since 1997.”

The same could happen in this election, suggesting traders should remain cautious before placing a bet based on the polls.

According to Danske Bank analysis, a Conservative majority won't be supportive for the Pound, as they forecast the EUR/GBP exchange rate to rise to 0.8750 from a current rate of 0.8635.

However, with the vote tipped to be so close, other outcomes and their impact on the Pound must be considered.

Bookies Betfair were offering odds of 10/11 of a Conservative majority on Tuesday when the election was called, the odds for a hung parliament were at 11/10. The UK's preeminent pollster John Curtice of Strathclyde University said in his opinion a hung parliament was more likely.

Danske Bank suggest that the outcome of a Parliament where no one party has a majority could be a 'rainbow coalition' made up of the Labour Party, Liberal Democrats, SNPs, Greens, and Plaid Cymru.

The opposition coalition government would probably lead to a second referendum and have the greatest positive impact on Sterling, says Milhøj.

“We think a second EU referendum with ‘remain’ as an option is almost certain in this scenario (rainbow coalition). Looking at recent EU referendum polls, ‘remain’ is still slightly ahead but it is a close call, not least taking into account that polls were at least somewhat biased towards ‘remain’ ahead of the 2016 vote,” says the Danske senior analyst.

A third scenario is that of a hung parliament, which would be a worst-case outcome for Sterling as it would add to the uncertainty, and possibly even return the spectre of a ‘no-deal’ Brexit outcome, given the EU is becoming increasingly exasperated with the UK, and might not agree to limitless further extensions.

This might potentially raise the risk of a ‘hard’ deadline and along with it a hard Brexit. In such a scenario EUR/GBP would be expected to rise back above 0.90 (1.1110 for GBP/EUR), says Danske.

Separate analysis carried out on the election by investment bank Wells Fargo suggests that the current Pound-to-Euro exchange rate of 1.1580 is pricing in a Conservative Party win.

"If the election were held today, the Conservative Party would win by a wide margin and probably secure an outright majority in parliament. We would argue that markets are also pricing this outcome, given today’s relatively positive U.K. financial and currency market reaction," says Wells Fargo. 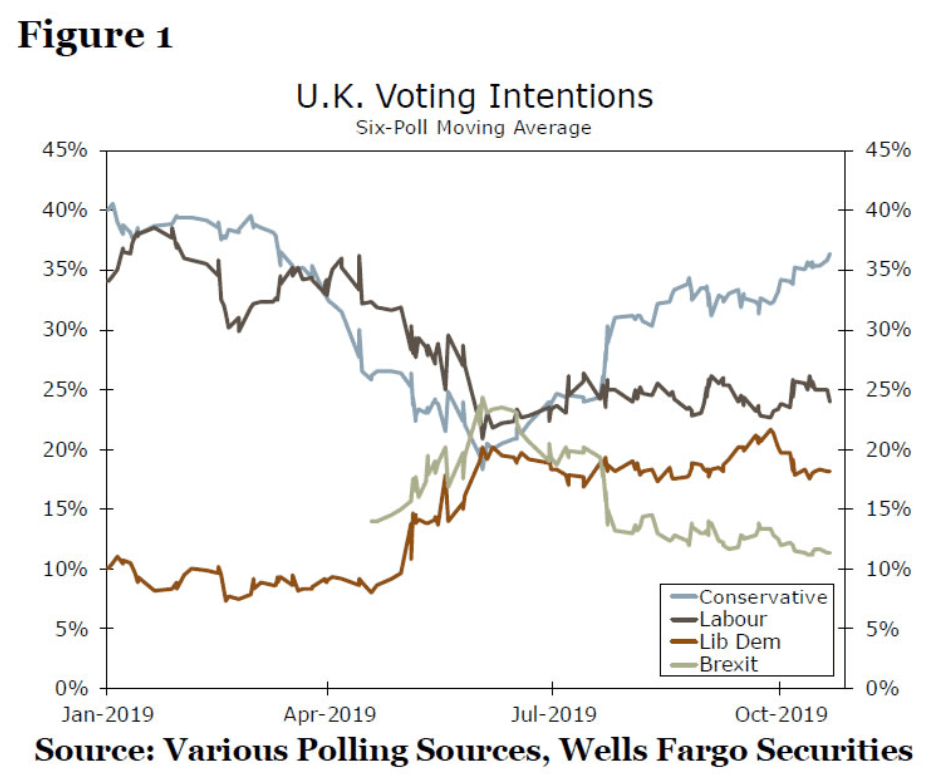 On this front, a fall in support for the Conservatives and the prospect of a ‘rainbow coalition’ led by Labour leaves Wells Fargo less optimistic on Sterling's outlook.

“Our concern, however, is that a Labour-led coalition could simply dither and fail to agree on a path forward for Brexit. Our sense is that there is no consensus within the Labour Party on a Brexit strategy, never mind between Labour and the Liberal Democrats or the SNP. Some may want to seek a deal that keeps the U.K. in the E.U. customs union, while others may want to revoke Article 50 and reverse Brexit entirely,” says Wells Fargo.

The lack of a consensus could then lead to the risk of a ‘no-deal’ Brexit by default if the EU decided they had had enough of the UK’s dithering (a highly unlikely scenario, nevertheless).

“Unable to agree on how to proceed, the U.K. may then stumble toward the new January 31 Brexit deadline with no plan in place, having to seek yet another extension from the European Union. We worry that at some point, the European Union may be less willing to grant extensions, and the risk of a no-deal Brexit could become more of a concern,” says Wells Fargo.

The same uncertainty and dithering would result from a ‘minority’ government or ‘hung’ parliament. 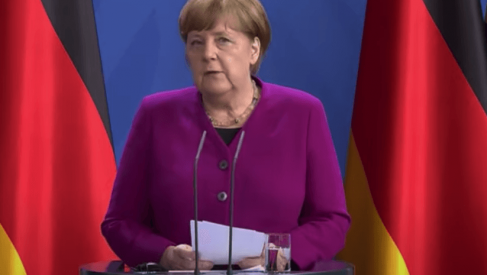