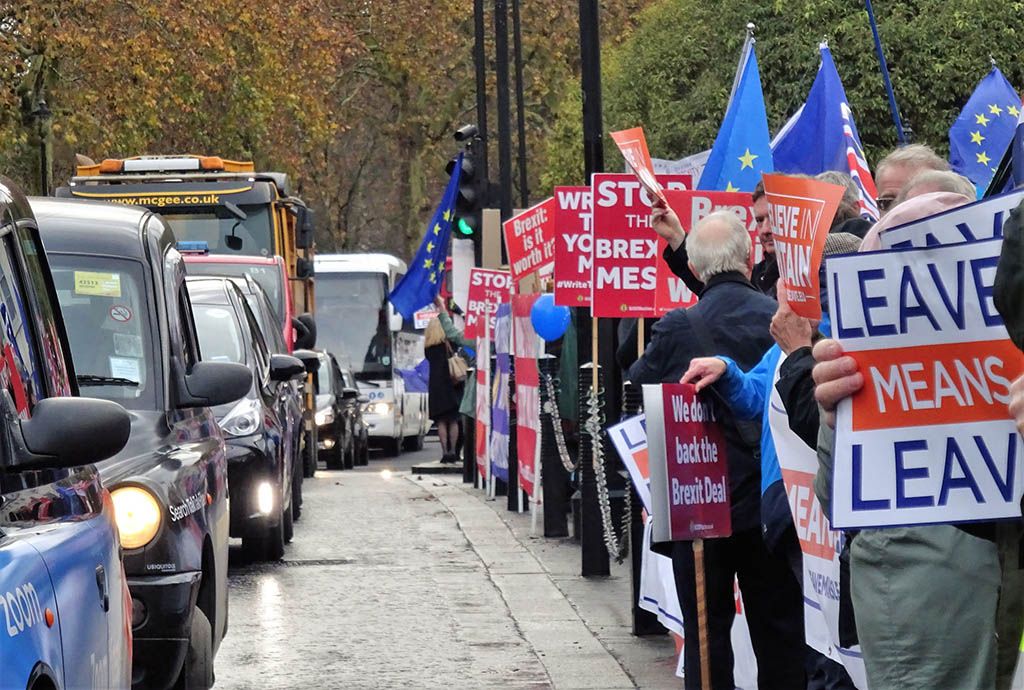 Pound Sterling retreated from its best levels of the current week after the opposition Labour party failed in a bid to set in motion a parliamentary process that would ultimately prevent a 'no deal' Brexit from taking place on October 31.

Shadow Brexit Secretary and Labour Party MP Keir Starmer had joined with rebel Conservative Party MP Oliver Letwin in an attempt to sieze control of the parliamentary agenda from the Government on June 25 that would allow them to introduce legislation that would prevent a 'no deal' Brexit. The pair were joined by smaller parties such as the SNP, Liberal Democrats and Change UK.

The House of Commons voted 309 to 298 to reject the motion, even after a number of Conservative Party MPs rebelled against the Government. The Conservative rebels were countered by Labour Party rebels who voted with the government, or instead opted to abstain.

Gains were however pared back on news the motion had been defeated.

The move to essentially take a 'no deal' off the table by parliament appears to be pre-emptive strike on any incoming Prime Minister that would pursue a 'no deal' if the EU fail to renegotiate the current Brexit deal.

Some candidates in the race to replace outgoing Prime Minister Theresa May have pledged in recent days to take the UK out of the EU on October 31, the date when the current extension of the Article 50 negotiating period ends, whatever the political weather in London and Brussels.

Starmer said after Wednesday's vote that Labour will continue to do whatever it can to prevent the UK from the leaving the EU without a formal agreement, even though the opposition and many government MPs have repeatedly rejected what they say is the only agreement on offer from Brussels.

Opposition MPs have previously been succesful in seizing control of the agenda to legislate in favour of extending the Brexit process, although they had significant help from some Conservative Party MPs on that occasion and a Prime Minister who was committed to allowing Parliament have a 'real' say on the Brexit process.

Labour’s Yvette Cooper had brought forward a bill that forced the Government to seek a one-off extension of the Article 50 exit process to avoid no-deal happening on April 12. It passed by 313 votes to 312, a majority of 1. 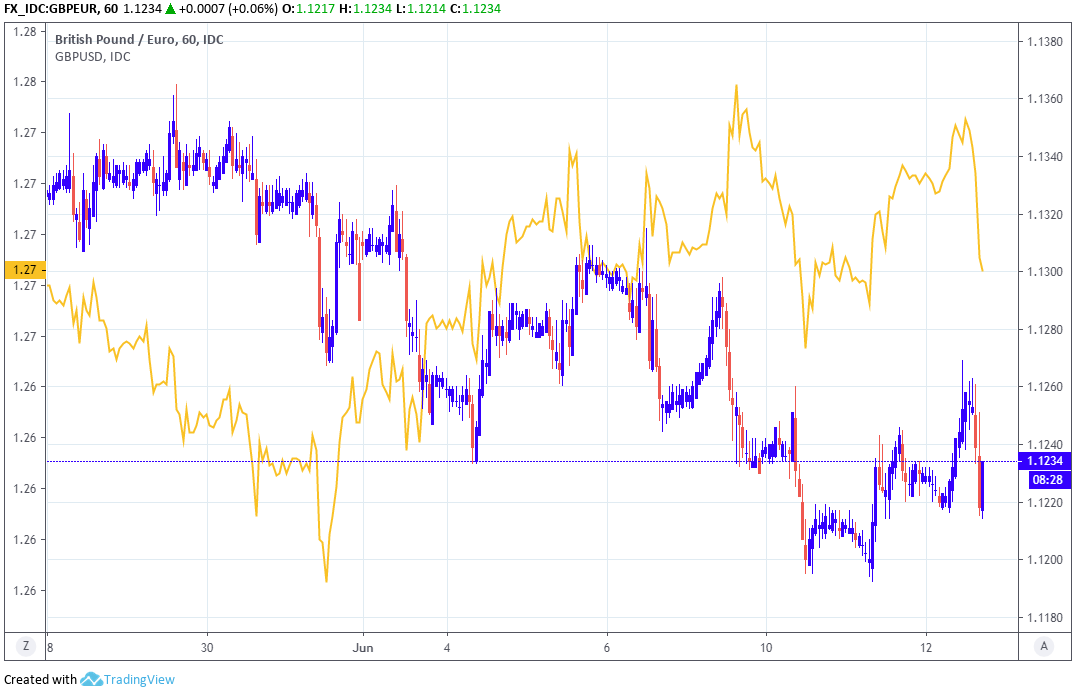 The Pound had fallen steadily through the course of May as market fears of a 'no deal' exit ramped up after it became clear Prime Minister May's Brexit agreement would not find enough support in the House of Commons and that she would ultimately have to step aside and be replaced by someone more hawkish on Brexit.

The Pound could however find some support, or even recover much lost ground, if markets become convinced that Parliament does have the means to prevent a 'no deal'.

However, it looks to be increasingly the case that the only way those MPs opposed to a 'no deal' would succeed in prevent one is by bringing down the government with a vote of no-confidence.

A no-confidence ballot would require at least some Conservative Party MPs to vote with the opposition or to abstain. Likewise with the government's confidence and supply partners, the Democratic Unionist Party.

It's far from obvious that either of these things is in any way likely, even if some government MPs did vote with the opposition on Wednesday. For now and at best, Parliament can frustrate and delay the Brexit process but can't overturn it or instruct the government on what kind of exit to pursue. 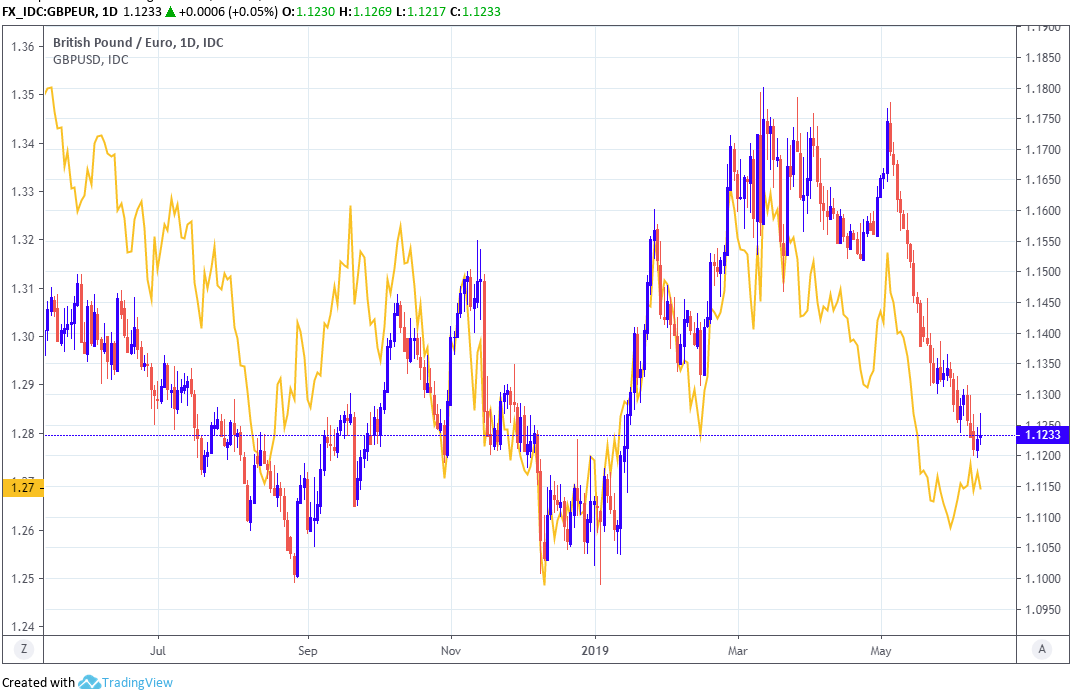 The Government normally controls business in the Commons but with the aid of a sympathetic Speaker - who sets Parliament's business and agenda - the opposition could yet succeed in frustrating Brexit further if a number of Conservative MPs vote with them.

It's not clear what specific measures Labour could deploy to prevent a 'no deal': the legal default remains that the UK leaves the EU on October 31 and ultimately any further delays to Brexit, the passing of a Brexit deal or the revocation of Brexit, can only be initiated by the Government.

In May, the Institute of Government think-tank released an analysis detailing how MPs would ultimately be unable to prevent the UK leaving the EU without a deal if the Prime Minister was determined to press ahead with such a desire.

Johnson Commits to Seeking a Deal with EU, but Warns is Not Afraid to Pursue 'No Deal'

Foreign exchange markets are meanwhile likely to pay close attention on the Brexit policies of the leading contenders to replace Prime Minister Theresa May.

Launching his official campaign to succeed May as leader of the Conservative Party, and the country, Boris Johnson says he believes it will be difficult for Parliament to obstruct the will of the people and block Brexit.

Johnson - who is easily the favourite to win the leadership contest - says he will be aiming for a sensible and orderly Brexit.

"Let me be clear: I am not aiming for a no-deal outcome. I don't think that we will end up with any such thing, but it is only responsible to prepare vigorously and seriously for no-deal. Indeed it is astonishing that anyone could suggest dispensing with that vital tool in the negotiation," said Johnson.

Johnson appears to favour renegotiating the existing Brexit deal as his preferred route method of delivering Brexit, saying his team "will hit the ground running" when engaging Europe.

While senior European Union officials have repeatedly said the existing Brexit deal is not up for renegotiation, Johnson believes Europe will respond to an inspired and invigorated UK government.

Johnson did however say that if the EU are unable to engage and deliver the meaningful changes to the Brexit deal, the UK must not be afraid of exiting without a deal.

"The best way to avoid a disorderly Brexit is to make the preparations now that will enable us to leave in a managed way if we have to. But above all if we make the preparations now we will carry the conviction with our friends and partners that we are able to make such an exit if we really have to, if we are dared, if we are moved, if we have to go down that route, which would, of course, be a last resort, not something that anybody desires, as our last option," said Johnson.

With Johnson unlikely to be as sympathetic to Parliament's attempts to delay Brexit as his predecessor, we would suggest foreign exchange markets will be unable to find solace in the adage that there is a parliamentary majority against a 'no deal' Brexit.

After all, Parliament had more traction under Prime Minister May who offered Parliament 'meaningful votes' and ultimately promised to bide by many of Parliament's rulings.

Market nerves are therefore likely to remain elevated, and we don't expect the British Pound to find any meaningful strength in the current environment.

It is important to note that should the new Prime Minister pursue a 'no deal' Brexit a vote of no-confidence in the Government would almost certainly be called.

Remainer Conservative rebels would then be tasked with toppling their own government in order to prevent a 'no deal' Brexit, and this will in turn open the door to another General Election and the potential for a Corbyn-lead coalition or minority government.

In all likelihood, Corbyn would have to offer other smaller pro-EU parties another EU referendum to secure their backing.

Therefore, while chances of a 'no deal' have certainly grown, the chances of a second referendum are also high, and this could provide Sterling with some support.

"While there is no majority in Parliament to leave the EU with no deal on 31 October, the risk is a new Conservative leader pursues a no‑deal/hard Brexit path. Labour has tabled a cross‑party motion to prevent a future PM delaying Parliament in order to force through a no‑deal Brexit. The motion, if passed, would give MPs control of the timetable on 25 July. Part of the logic is to introduce legislation to avoid a no‑deal scenario at the end of October," says Kim Mundy, a foreign exchange strategist with CBA.

313 Conservative MPs will vote for their preferred candidate in a series of ballots held tomorrow, 18, 19 and 20 June to whittle down the contenders one by one until only two are left.

Johnson is tipped to win this round of votes. At the current time Johnson has 79 MPs backing him according to Conservative Home, ahead of Jeremy Hunt who has 37 declared backers.

The final two candidates will be put to the 160,000 or so members of the wider Conservative Party in a vote from 22 June, with the winner expected to be announced in the week of 22 July.

Johnson tends to easily outpoll all other candidates in the Party membership.

Looking at the betting markets, Johnson is the runaway favourite to replace Theresa May with Oddschecker quoting odds at 7/11 on Johnson becoming the next Prime Minister, an implied probability of 61%. This is up from just 36% at the start of last week. 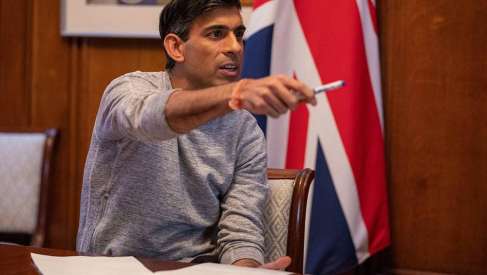