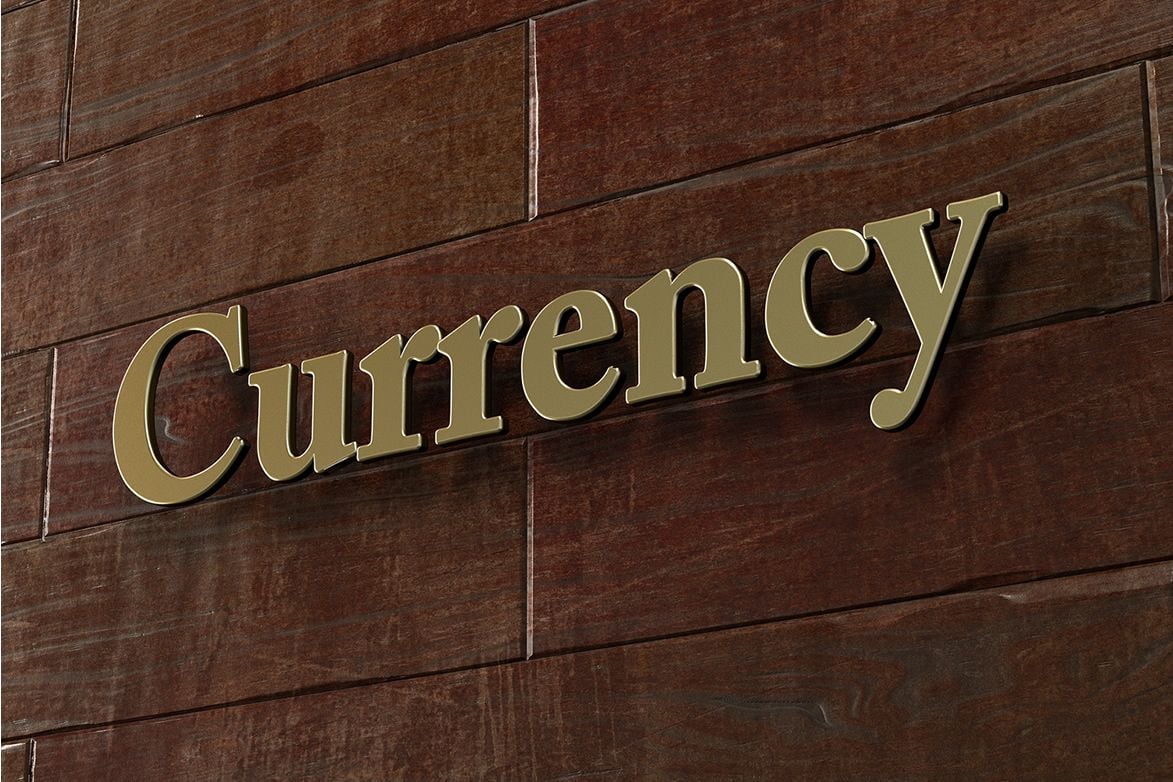 - FX regime change ahead in second-half of 2019 says Credit Agricole.

- USD to roll over as market glimpses end of Fed rate hiking cycle.

- GBP recovers from undervaluation, Antipodeans rise against the USD.

Currency markets entered a new stage of flux this year amid heightened uncertainty over the global economic outlook, leading major exchange rates to trade within tight ranges thus far in 2019, although analysts at Credit Agricole are confident that a regime change is on the horizon.

The outlook for exchange rates is beginning to resemble a rerun of 2018 although analysts at Credit Agricole, a global investment bank headquartered in France, say the months ahead will upend the old order.

At the centre of their thesis is the idea the U.S. Dollar will begin to decline before the year is out as the relative interest rate advantage enjoyed by the greenback over recent quarters begins to erode away.

This is not a new idea. Most analysts entered 2019 forecasting a year of losses and underperformance for the world's reserve currency because consensus was at the time, firmly in favour of the idea that U.S. economic growth would slow and the rest-of-world economy would pick up.

But less than three months into the year, data has shown Germany flirting with recession and the bottom falling out of the Eurozone economic upturn that powered the single currency to a 14% annual gain back in 2017.

China remains on the rocks following a year of damaging trade skirmishes with President Donald Trump's White House. And officials said on Tuesday that GDP could grow at its slowest pace for three decades in 2019 even after the economy swallows fiscal stimulus equal to 2.2% of output.

Meanwhile, the U.S. economy appears to be defying its doubters thus far in the year, with the services sector being a particularly bright spot. The Institute of Supply Management (ISM) non-manufacturing PMI rose to its fourth highest level on record in February, according to data released Tuesday.

Nonetheless, Credit Agricole's idea is that the tables will soon turn on the U.S. as the Federal Reserve interest rate hiking cycle comes to an end and markets increasingly begin to focus on the additional capacity that central banks elsewhere in the world have to raise their own rates in the future.

This will have stark implications for currency markets. Below is a selection of Credit Agricole's views on what this environment is likely to mean for major currencies and individual exchange rates. 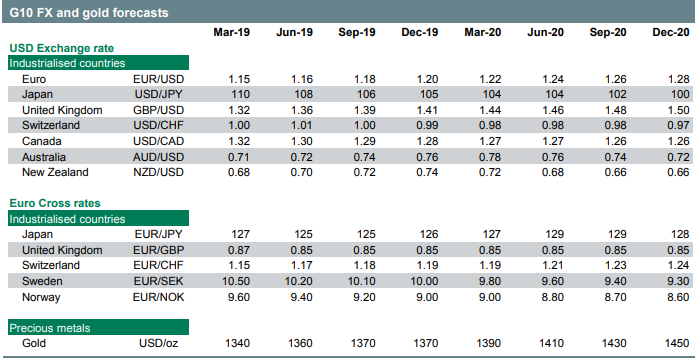 "Our central case remains that the EU and UK will clinch a Brexit deal. This leaves us positive about the GBP in the long term. That said, we would wait for more concrete indications of progress before changing our cautious near-term outlook for the GBP against both the EUR and USD."

"We keep our GBP/USD forecasts unchanged as we expect Brexit uncertainty to dissipate in H219. In addition, with the UK labour market at full employment and investment growth having being depressed for a long time due to Brexit uncertainty, the UK economy could recover relatively quickly in the coming quarters."

"The USD continues to trade in a tight range across the G10 as superior fundamentals continue to clash with stretched market long positions and evidence of overvaluation. We maintain our cautious long-term outlook for the currency."

"We believe that, with the Fed’s tightening cycle close to peaking, the USD’s relative rate advantage is likely to deteriorate from here, especially as the US recovery runs out of steam in H219. This could suggest downside risk for the USD over the next 6-12 months, consistent with our long-term G10 FX forecasts."

"The Fed’s shift to a less hawkish stance has occurred a little earlier than we expected and global growth appears to be slowing rapidly , leading to more JPY strength than we had anticipated. Better progress than expected in the US –China trade talks is modestly offsetting these factors."

"We lower our end -Q1 USD/JPY forecast from 114 to 110. We are also lowering our longer -term USD/JPY profile, considering that the depreciation of the USD is starting earlier and from a lower base than we expected."

"The slowdown in the Eurozone has proved to be far deeper and more widespread than we anticipated late last year. This could argue for a more cautious monetary -policy outlook from the ECB in the coming quarters. We therefore consider that the Eurozone rate outlook may not recover as quickly as we previously thought and, in turn, could lead to a slower re -widening of the EUR -USD 2 Y rate spread in H219 and beyond."

"In addition, it now seems that a potential turning point for the relative rate outlook for EUR/USD may come later than June 2019. We subsequently revise down our short -term EUR/USD forecasts to reflect the Eurozone’s deteriorating economic outlook and the prospects of further credit easing by the ECB before long."

"We maintain a positive view on EUR/USD over the long term, in light of our expectation that the Fed is now very close to the end of its tightening cycle. In addition, factors like FX valuation and market positioning all suggest more EUR/USD upside from here. We expect EUR/USD at 1.20 in Q419 (revised from 1.24) and 1.28 in Q420."

"The AUD has been buffeted by several factors this year. Positive factors for the AUD have been the rising probability of a US -China trade deal, higher iron - ore prices due to a contraction in supply after a dam collapse in Brazil , and a progressively more dovish FOMC. Weighing on the currency, however, are a weakening local economy and rising chance of the RBA cutting rates, as well as news reports that China has banned Australian coal imports entering via Dalian."

"Australia’s labour market remains strong and the unemployment rate is on a downtrend, which suggests that the RBA will not be in a rush to cut rates. We also note that Dalian takes only 2% of Australia’s coal exports and that they could be diverted to other Chinese ports or other buyers . Australia’s trade data from February onwards will show any impact from the reported ban."

"For now, we think that the positives outweigh the negatives on the currency and we are nudging up our end -Q1 forecasts for AUD/USD to 0.7100 from 0.7000. We expect negative AUD factors to peak in Q119, followed by a retreat in market expectations for Fed rate hikes as the Reserve Bank of Australia begins to raise rates in late 2019 or early 2020, which will see the AUD rally."

"The NZD will continue to face downward pressure because of rising expectations that the Reserve Bank of New Zealand will ease. These pressures should peak in Q119, however, after which a decline in market expectations for FOMC rate hikes could give the NZD a boost, we believe. Higher oil prices – a negative terms-of-trade shock for New Zealand – will limit NZD upside."

"Against our expectations, the RBNZ preferred to push back the timing of its first forecast rate hike by six months, rather than shift back to an easing bias. Indeed, the RBNZ said that the chance of a rate cut had not increased since its previous monetary-policy statement in late November 2018. In our view, the RBNZ has missed its opportunity to weaken the currency and we are revising up our 2019 NZD/USD forecast profile, starting with our end Q1 forecast to 0.68 from 0.64."

"The Bank of Canada remains on course to normalise policy further, although the pace of rate hikes may be more uneven, in light of oil-price weakness and the loss of Canadian growth momentum. Even so, the Canadian economy continues to operate near capacity, unemployment is low and inflation is near target. With oil expected to recover, we see renewed CAD strength, especially if trade concerns lessen."