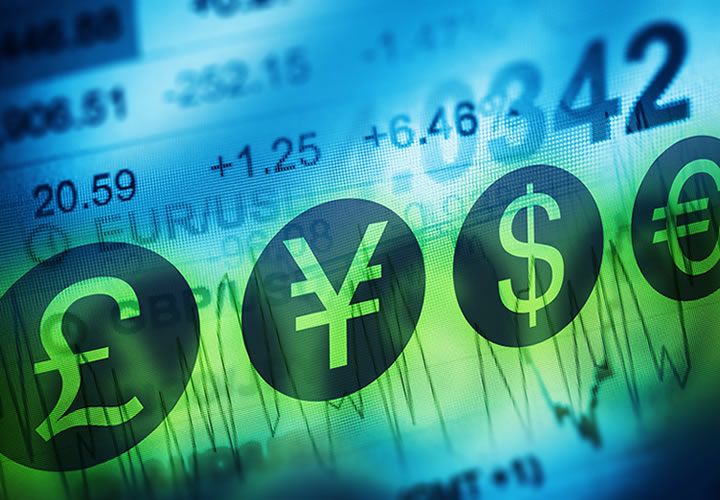 Changing asset allocation, a stronger economic recovery and an end to the European Central Bank's quantitative easing program could all lift EUR/USD in 2018.

The Euro-to-Dollar rate is likely to rise above 1.20 during the year ahead as US investors dump the greenback and flock to the Euro bloc in order to take advantage of its firming economic recovery, while the common currency could gain further strength in its own right after the hurdle of the Italian elections is out of the way.

There appears to be a firm consensus on the key issues for the Eurozone, with three major events expected to dominate the currency bloc in 2018, including the Italian general election in May and developments around the European Central bank (ECB) quantitative easing scheme over the first-half.

For the Dollar, there is a wider spectrum of views but also a generally bearish consensus. A big risk to the Dollar will come from faster growth across the 'Rest of the World' (RoW) which might reduce the relative attractiveness of the Dollar and US assets for investors.

"A buoyant global economy and more attractive alternatives overseas," will be the bane of the US Dollar in 2018 says Chris Turner, global head of strategy at ING Group. 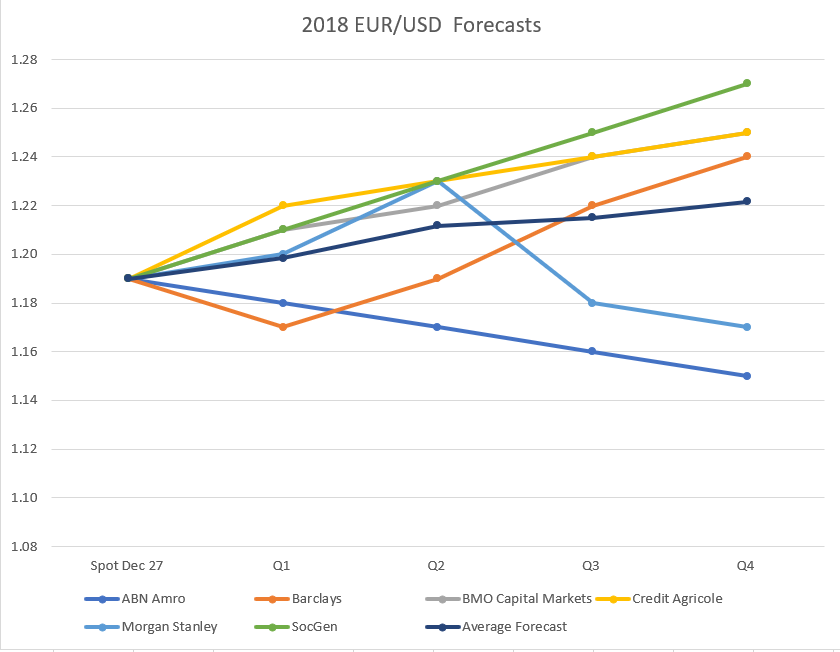 Another issue likely to weigh on the US Dollar, analysts say, is weak inflation and still low inflation expectations. Although the Federal Reserve is forecast to raise interest rates three times in 2018, there aren't any who see it getting US rates back to the levels they were at before the crisis.

President Trump's policies are reflationary on paper but many have doubts over how effective they will be once put into action. Some have used comparisons between the Trump tax-reforms and those of then-President Reagan as grounds for expecting Dollar strength in 2018.

ING's Turner has argued that his comparison with Reagan's reflationary agenda and the corresponding rise in Dollar during his tenure are misguided as the two sets of reforms were quite different in size while the US economy was also in a different shape then to how it is now.

This low-flation means the end state for the Federal Reserve interest rate, or the "terminal rate", is likely to be much lower than it was before.

"Once past the third move in a tightening or easing phase, a central bank loses its ability to shock the market or even influence it in a major way," says Stephen Gallo, European head of FX Strategy at BMO Capital Markets.

Meanwhile, with the Fed already two years into a hiking cycle, the incremental boost for the Dollar from each interest rate rise may become smaller and smaller as time goes on.

As far as the Euro goes, most analysts see the currency gaining in 2018 but say upside will be capped until after May's Italian election is out of the way.

Once clear of this, traders can then focus on the next likely move from the European Central Bank. The ECB is widely expected to curtail its €60 billion per month bond buying program in 2018.

Already the rate of monthly purchases will fall to €30 billion in January although markets are hoping it will close the program completely by the end of the third-quarter.

QE is negative for the Euro because it keeps interest rates artificially low, which keeps borrowing costs low, in hope of spurring economic activity and inflation.

Overall, this combination of factors is set to weigh on the Dollar and support the Euro during the year ahead. The average of all forecasts obtained by Pound Sterling Live is for the EUR/USD to rise to 1.20 in the first half of next year and 1.22 by the end of 2018. 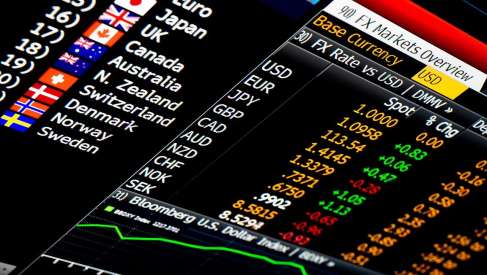 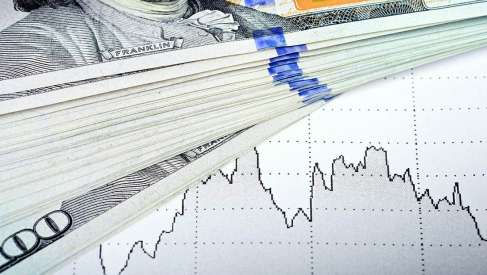 The U.S. Dollar rebound should be sold into over the coming days, according to analysts at Commonwealth Bank of Australia, who’re advocating that investors take advantage of the resulting buying opportunities in commodity currencies while insight from Capital Economics suggests that U.S. inflation may already have peaked.