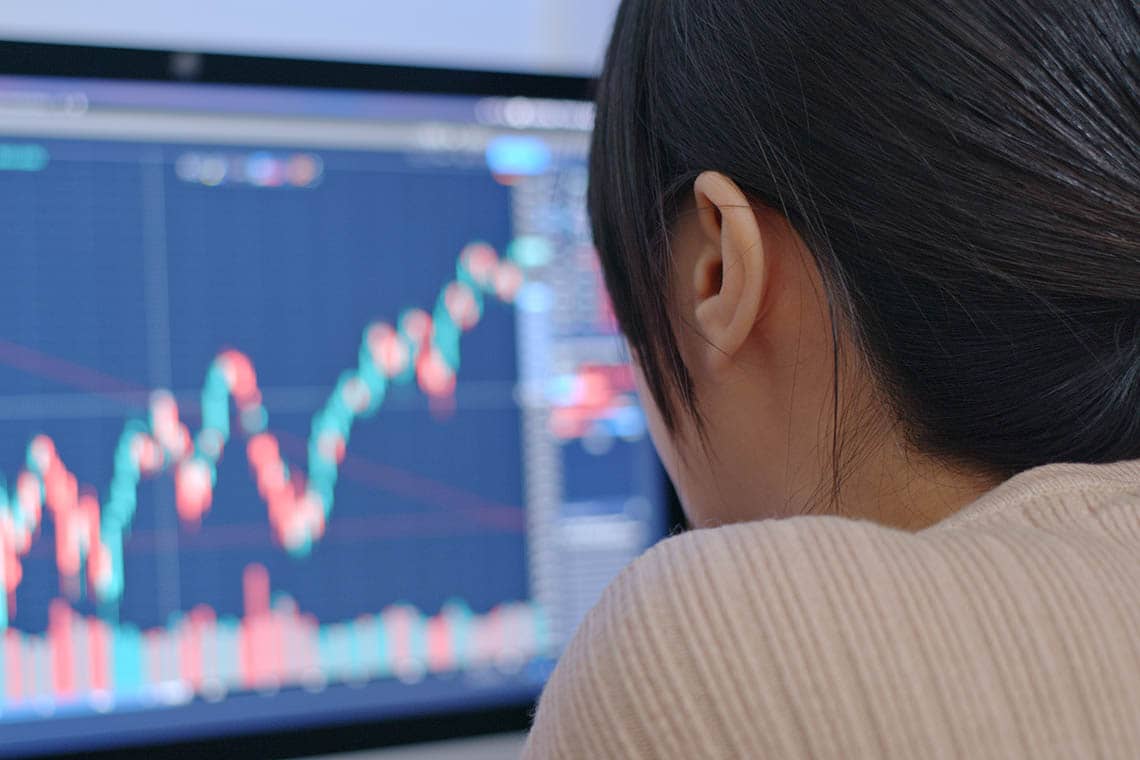 This is according to a couple of strategy notes released in the wake of the Euro's rise back above $1.03.

He says the recent rise in the exchange rate can be attributed to an increasingly risk-friendly market backdrop that is the result of some upside in growth indicators and downside of inflation pressures.

The Euro has been rising since mid-July, with the largest one-day gain coming on August 10 in the wake of data that showed the U.S. recorded 0% month-on-month inflation in July, which pulled the headline year-on-year increase back to 8.5% in July from 9.1% in June.

"The recent downside miss of US core inflation underscores that we have likely seen the peak of inflation and perhaps the stagflation concerns," says McCormick.

"Even so, we don't think that risk assets are out of the woods yet, suggesting it could a bit more time to expect a persistent, positive boost in growth expectations and financial conditions," he explains. 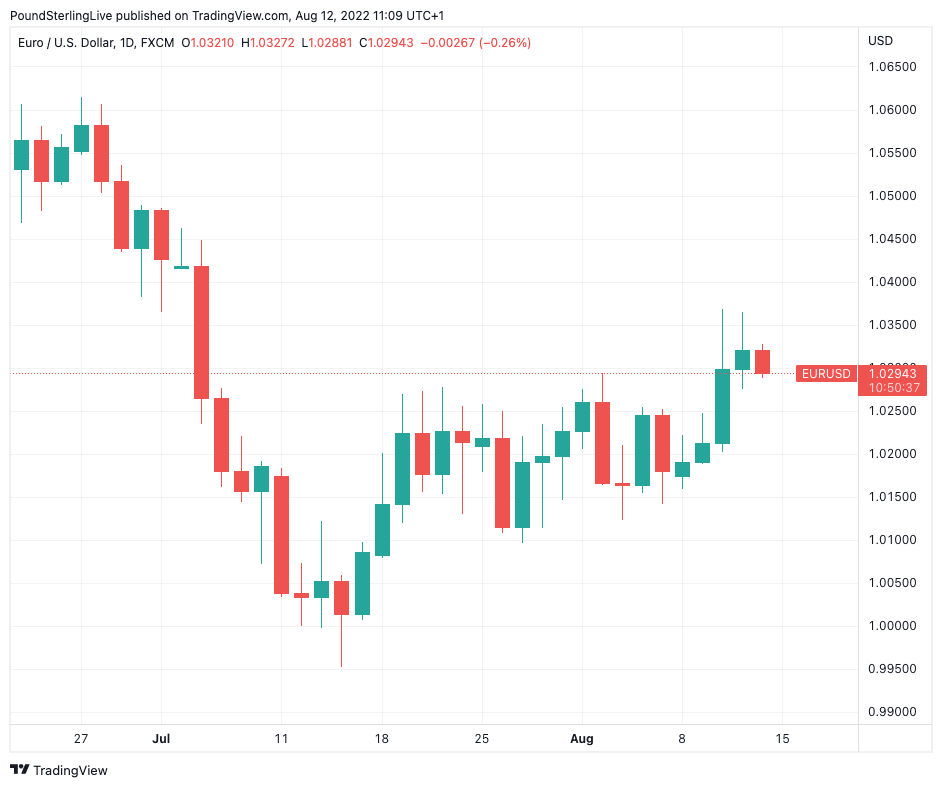 Above: EUR/USD at daily intervals showing the July-August ascent.

McCormick's thesis is that potential inflation peak (and associated end to Fed terminal rate price discovery) is an important ingredient to call the top in the Dollar.

But, "the other key (and arguably) more important ingredient is the outlook for global growth," he says. "On that factor, we don't think it is time to completely fade the USD, though the recent backdrop reductions convictions on USD long exposure."

The trade targets a move back to 1.0 in EUR/USD.

Brent Donnelly, CEO at Spectra Markets, says EUR/USD has moved up to a "nice location for short EUR".

"The EURUSD chart still looks rather bearish, with the only real bullish angle being that the huge gamma pocket and round number at 1.00 held right at the peak of EUR bearishness," he says in a recent note, citing the following chart: 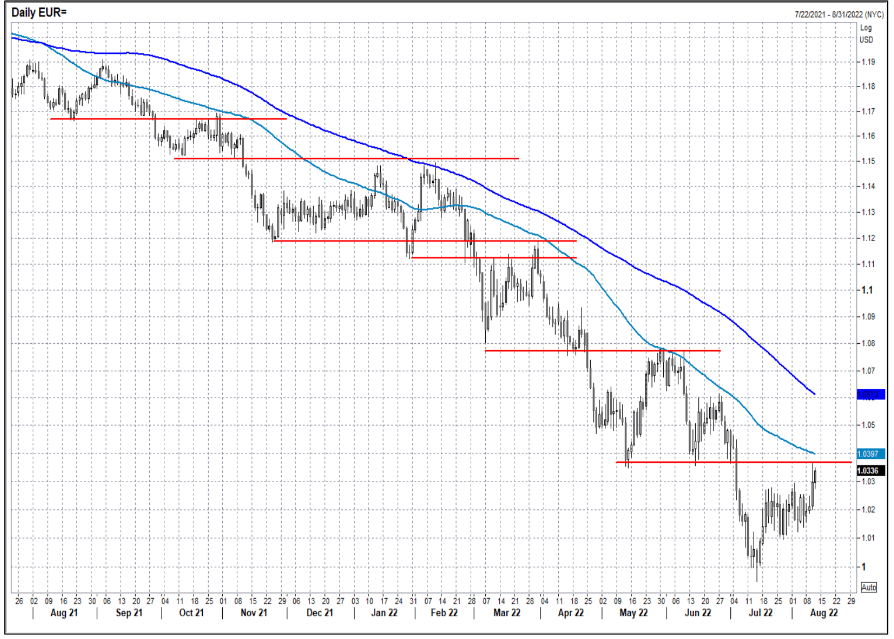 Donnelly says a close above 1.04 would take out the 60-day moving average and would exceed the pivot marked by the last thin red line.

"The thin red lines show that each broken support has held as strong resistance with just one tiny exception in early April. Good trends find resistance at prior support, and this has been a good trend," he explains.

"Selling at the red line and the 60-day has been a good expression of the trend most of the way down," he adds.

Looking at the fundamentals, Donnelly says rate differentials show nothing bullish for EUR/USD

"To me, everything still points to EUR softness," he adds.