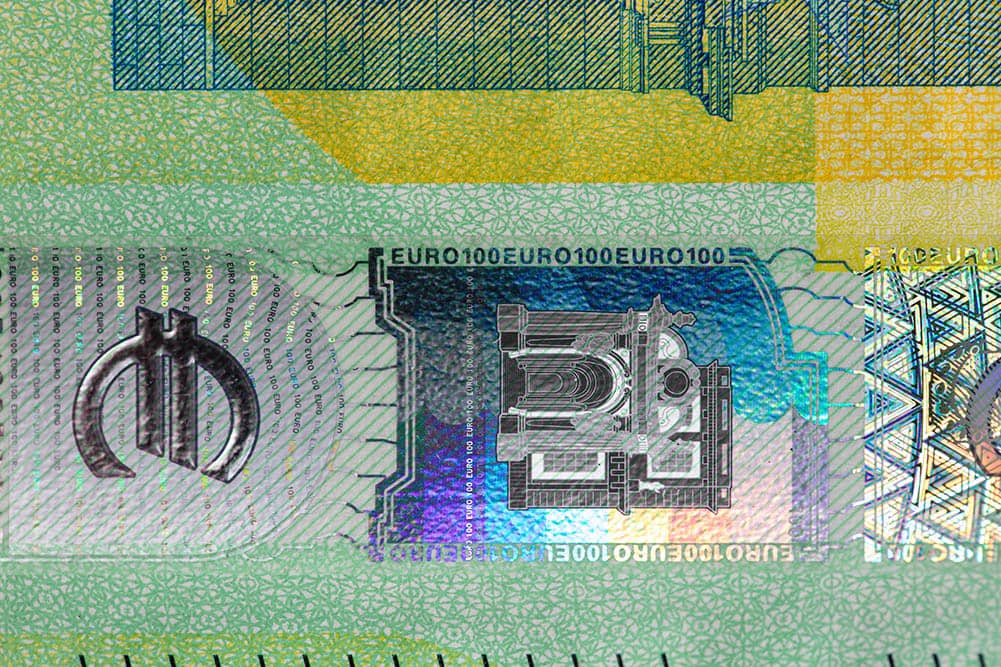 Foreign exchange strategists at Nomura forecast the Euro to fall to parity against the Dollar by August.

In a new client briefing Nomura strategist Jordan Rochester says recession risks in the Eurozone now appear to be rising faster than they are in the U.S.

"Up until now the cycles in the euro area and the US have been nearly synchronous, but we think there is a divergence in the pace of growth’s fall opening up. New orders fell to -1 s.d. in the latest PMIs, a much more aggressive fall than in the US," says Rochester.

The call comes as the Euro to Dollar exchange rate (EUR/USD) consolidates in the 1.08-1.0350 region.

Consolidation comes amidst a broader fall that has been in place since May 2021, suggesting gravity continues to exert an almost irresistible pull on the pair: 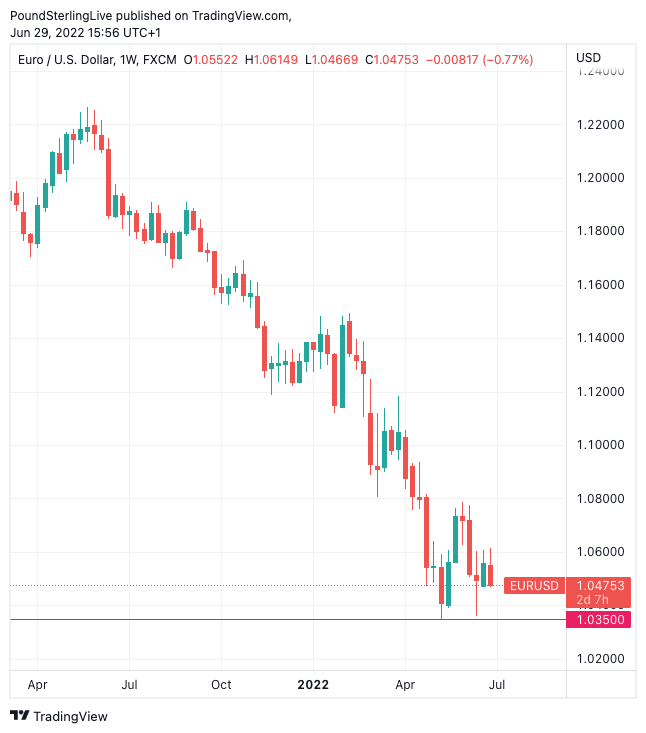 Above: EUR/USD at weekly intervals showing the entrenched downtrend in place since May 2021.

The Eurozone has meanwhile seen its enviable positive current account balance slip away as the cost of energy imports soars in response to Russia's invasion of Ukraine.

"Europe is in a terms-of-trade crisis," says Rochester, "the price of energy in Europe is multiples higher than in the U.S. thanks to Europe’s higher trade exposure to Russia and Ukraine, and a heavier reliance on global energy imports."

He says there is a risk the terms-of-trade shock for the Eurozone has further to run.

Nomura's research shows EUR/USD fell to 0.64 by 1985 in response to the energy shock of the 1970's (this calculation is based on legacy currency equivalent terms, typically using the Deutschmark).

"If Russia cuts off gas supplies to Germany it could be the biggest economic hit in modern history outside of COVID-19 and the GFC," says Rochester.

Another reasons Nomura are targeting Euro-Dollar parity is Eurozone credit spreads are coming under pressure as the ECB contemplates raising interest rates.

This refers to the acceleration in the yield paid on Italian, Greek and Spanish debt (bonds) relative to other more fiscally secure nations, such as Germany.

"Credit spreads are wider, the periphery is still on a rocky road, the ECB’s systemic stress indicator is at March 2020 levels, it's unlikely to argue in favour of euro area portfolio inflows," says Rochester.

Nomura also argues inflation is holding back Eurozone governments from accelerating joint issuance of bonds which are widely seen as being a means of providing stable funding for the bloc.

A ceasefire in Ukraine meanwhile remains a distant hope and the ECB is already rather hawkish, with the market pricing more hikes in the next two years compared with the expected hikes from the Fed adds Rochester.

Nomura's strategists are targeting a fall in the Euro-Dollar exchange rate to 1.0. (Set your FX rate alert here).