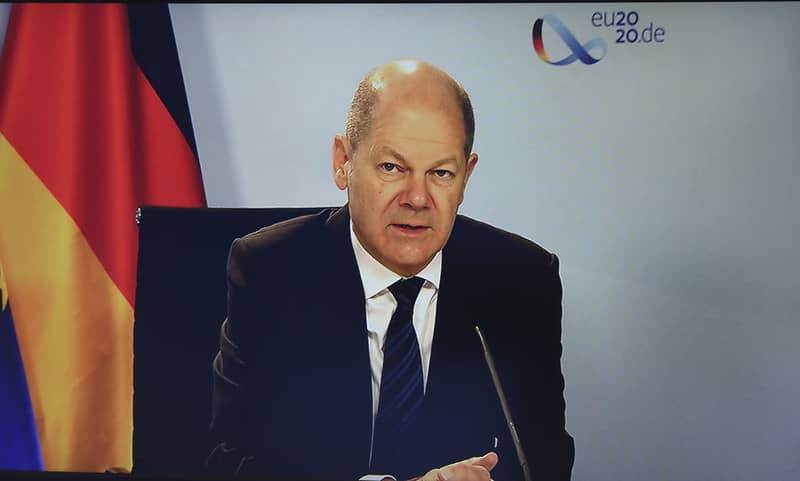 The Euro-to-Dollar exchange rate starts the new week at 1.1700 which places it a little over a hundred pips away from the 2021 low at 1.1663, with one noted technical analyst saying the balance of risks appear tilted to further weakness.

"EUR/USD spent much of last week side lined below 1.1750 and starts this week with risks still on the downside," says Karen Jones, Head of FX and FI Technical Analysis with Commerzbank.

Technical studies conducted by Jones shows a negative Elliott wave count "and a sell signal on the DMI and would allow for losses to the 1.1664 August low." 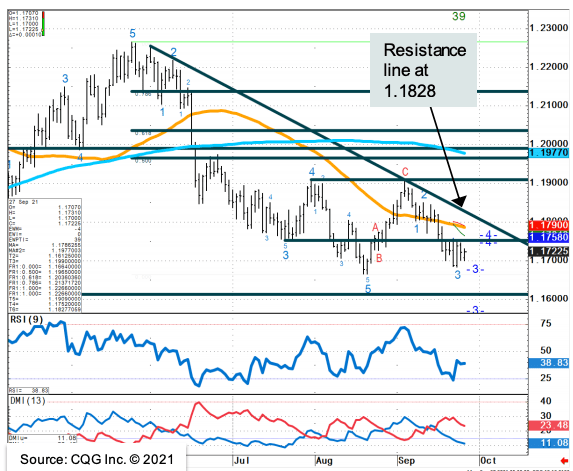 Screened over a medium-term timeframe (1-3 weeks) Commerzbank's technical strategists are looking to target the 1.1664 August low while over a 6-9 month timeframe the identify scope for a move to the 200 week moving average at 1.1576.

The Euro-Dollar rate has fallen by a percent already in September, adding to August's 0.50% decline.

"EUR/USD looks weak and could drop back under 1.1700 soon," says Richard Pace, a Reuters market analyst at the start of the new week, "implied volatility which gauges volatility and broader risk remains heavy."

The Dollar looks to be the dominant driver in the EUR/USD pair, given a lack of movement in expectations for European Central Bank interest rates: September's update from the ECB showed a commitment to keep rates as low as possible for as long as possible.

This contrasts significantly to the Federal Reserve which last Wednesday unveiled a desire to end its quantitative easing programme in relatively prompt fashion.

The Fed indicated ending quantitative easing in the middle part of 2022 is an optimal expectation, and analysts say this could invite a rate rise as early as the second half of the year.

"The September FOMC meeting was hawkish. We expected a November taper start but the mid-’22 completion suggests a faster purchase reduction (vs our prior base case of September taper end). This clears the runway for hikes as early as 2H ’22," says Mark Cabana, an analyst with Bank of America.

But the Dollar is currently benefiting from two areas of support: 1) the already mentioned view the Fed is on the road to raise interest rates, and 2) global economic growth appears to have peaked, which poses headwinds to stock markets and benefits 'safe havens' such as the Dollar.

In a recent forecast update Danske Bank told clients that not only has the Federal Reserve proven 'hawkish' - thereby supporting the Dollar - but the global market backdrop is not as constructive as it once was.

This view therefore gives opportunity for 'safe haven' currencies such as the Dollar to perform well over coming weeks.

"We expect further move towards a tightening of global liquidity conditions, lower PMIs, peak inflation concerns and a further recovery in US jobs," says Lomholt.

Danske Bank last week lowered their profile on EUR/USD to target 1.15-1.13 in a year in favour of USD strength.

In order to shift the outlook back in favour of the Euro, Danske Bank says they would want to see a combination of the following potential developments:

1) broad deregulation,
2) a dollar-based credit boom,
3) strong performance in Latin American assets,
4) a dollar-negative terms of trade shock and
5) a strong rise in European earning expectations versus US.

"A change in these factors will be key to changing our view on long-term dollar outlook but the lack thereof confirms our view that dollar weakness is likely transitory," says Merklin.

There is little on the calendar that is likely to bother the Euro and Dollar this week apart from a string of speeches from U.S. Federal Reserve officials and the release of the minutes from the European Central Bank's most recent policy update.

Monday does however see political commentators obsessing over the outcome of the German elections.

Media reports show the centre-left Social Democrats are ahead of the conservative CDU/CSU bloc by almost 2%, according to preliminary election results.

In such a tight race, the possibilities for a coalition are still unclear and negotiations will likely take weeks to conclude.

Preliminary results from Germany's federal election commissioner show the centre-left Social Democrats (SPD) at 25.7%, narrowly ahead of the centre-right Christian Democrats and their Bavarian sister party (CDU/CSU) at 24.1%,

Both blocs have said they want to lead the next government, and mathematically, either party could if they secure the necessary allies. 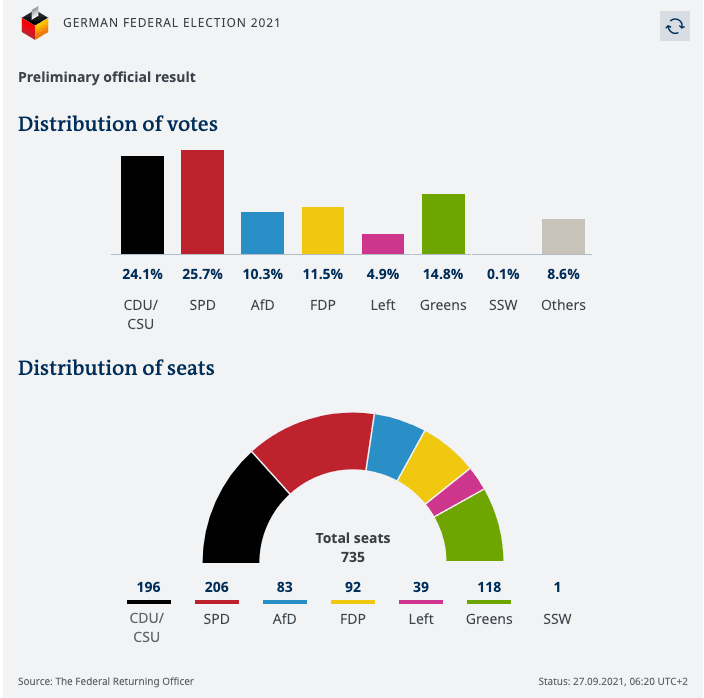 "A difficult government formation process will now start. Both SPD and CDU/CSU will try to lure over the Greens and FDP to their side. Although far from clear, SPD is expected to take the lead in negotiations as the they gained in the election to become the largest party," says Daniel Bergvall, Economist at SEB.

The foreign exchange market looks to be holding a relatively benign view of the event, as the result is largely consistent with pre-vote polling and now major surprise has been delivered.

"Naturally, the German election will take some headlines over the week, also for EUR/USD. That said, we do not expect a large and/or persistent market reaction in the spot," says Lomholt. 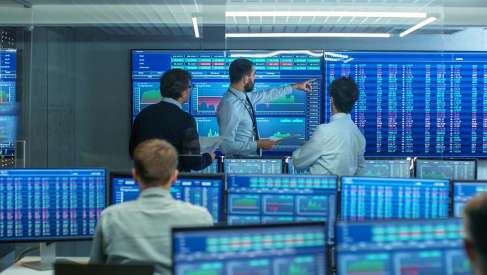 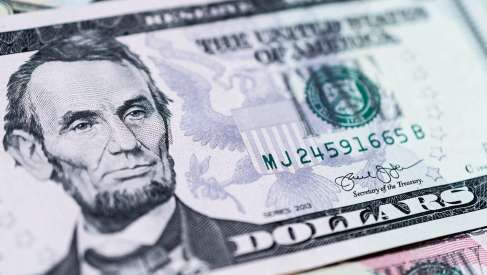