Europe's single currency was treading water with S&P 500 futures Thursday while riskier counterparts pulled ahead alongside copper prices, with a brief foray above technical resistance around 1.1350 having ended in retreat. Financial markets were a mixed bag with bond yields mostly lower while French and German stock markets advanced and the Euro ceded ground to all its major rivals as the Eurogroup of fiinance ministers met to elect a new leader.

"While the dollar has rallied in early trading the overall move lower for the greenback continues, helping to bolster the euro and sterling. The latter in particular has enjoyed a good few days, and yesterday’s statement from the chancellor confirms that the UK government is looking to keep providing stimulus in various forms, even if the amounts discussed on Wednesday are smaller," says Chris Beauchamp, chief market analyst at IG.

Eurozone finance ministers will leave much of the discussion about the eagerly-awaited €750bn recovery fund to the European Council meeting of national leaders set for July 17 and 18. But optimism about the prospect of a compromise deal to endorse some form of package has wained of late, depriving the Euro of fresh momentum that might otherwise help it back to the June highs that many analysts are looking to see in the coming days.

"German Chancellor Angela Merkel is persevering in her mediation role while sceptical voices appear to be getting louder. Markets have long acknowledged that negotiations would likely be bumpy, a reason why we are not seeing any true sensitivity of the EUR to the daily swings in optimism about the realisation of the Fund. The risk-on/dollar-off environment is offering a chance to EUR/USD to break above 1.1400 (eyeing the June high at 1.1420) by the end of the week," says Francesco Pesole, a strategist at ING. 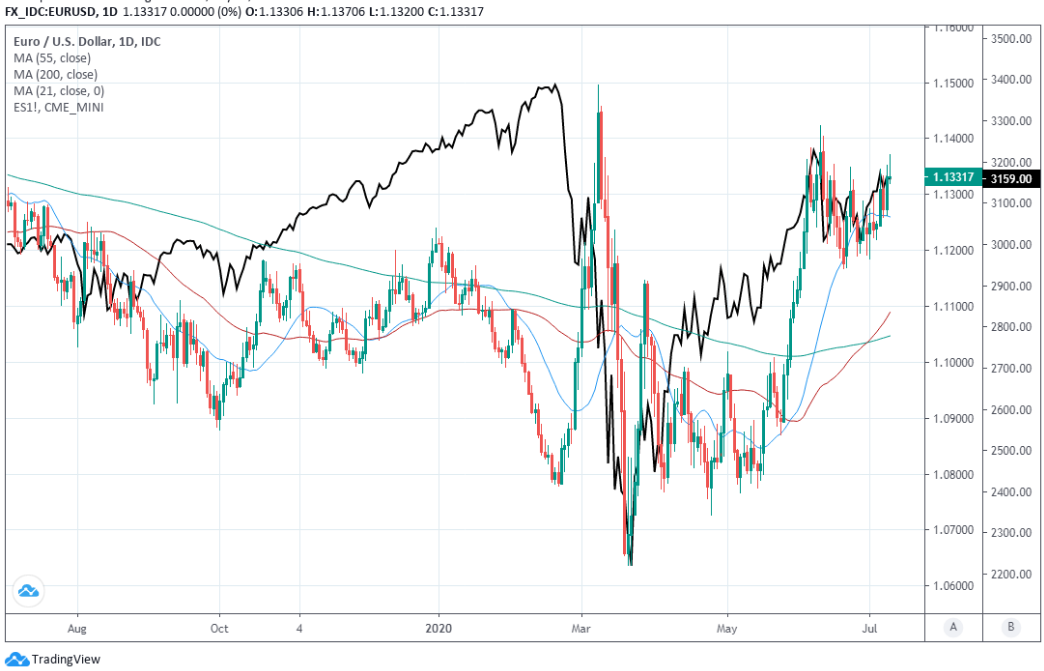 The European Commission's late May proposal to provide a total of €500bn in grants and €250bn of loans to help struggling member states cover the cost of the coronavirus cleanup has been a key driver of the improved sentiment that enabled the Euro to catch up with the S&P 500 index that it's shadowed since early June. But the fund is also subject to multiple competing and in some cases conflicting objections or demands by members.

"The Dutch government is blocking EU recovery fund as the country, which represents the “Frugal Four” countries Netherlands, Sweden, Denmark and Austria, want the recovery fund to only lend out money to crisis-hit countries with the objective of payback instead of grants. Frustration is growing inside the EU and if the EU recovery fund is not soon started it could become a risk to the EUR and European equities in the second-half," Steen Jakobsen, chief economist and investment officer at Saxo Bank.

Denmark, Austria, Netherlands, Sweden and Finland have objected to the provision of grants and are seeking a loans oriented solution that would impose conditions in the shape of obligations for reform on those member states who do use it. Meanwhile, many of the hard up member states who need it most have little need for additional debt and have opposed the conditionality pursued by the Northern countries. Leaders will attempt a compromise next Thursday.

"Increasing chatter for US equities to break higher from range, and the USD to break lower again in a way akin to late-May. If we see a range-break on the DXY index, it may target 95.70 and 94.60, the two troughs prior to this. For now, favour sell USD on rallies. In particular, the likes of EUR and AUD may well be poised to extend higher if they can breach their respective resistances at 1.1350 and 0.7000," says Terence Wu, a strategist at OCBC Bank. 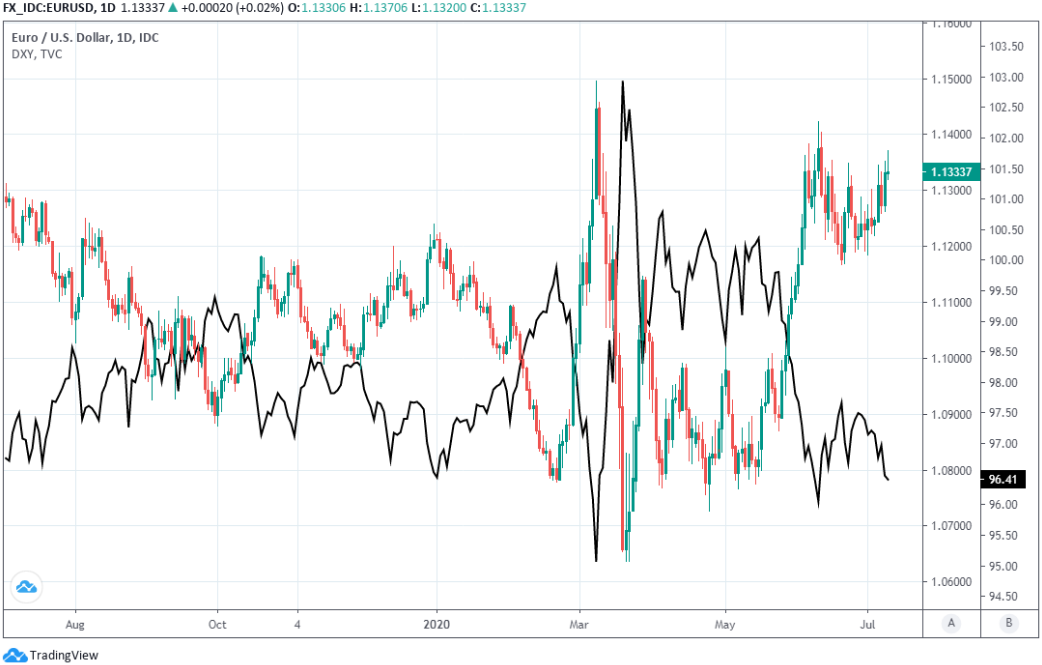 "The weaker USD narrative has focused on the risk rally and longer-term structural concerns, but we show the compression of real rates (Fed easing) accounts for 65-80% of USD depreciation since March," says Adarsh Sinha, a strategist at BofA Global Research, who says real interest rates may have fallen as much as they're likely to in the U.S. "The USD has been relatively stable in the face of the latest collapse in real rates but our technical strategist flags confirmation of a death cross in the DXY (50d average below the 200d average), which is typically associated with a weaker dollar."

If the Euro does break above technical resistance at 1.1350 and its earlier high at 1.1420 but negotiations over the recovery fund are drawn out into the Autumn then Europe's single currency could find itself becoming vulnerable to a correction. The Euro lagged stocks and other risk currencies before the proposals were announced because it was assumed that fiscal support in the South would be inadequate and deepen the coronavirus induced recession.

But much also depends on appetite for the Dollar, which itself is driven by multiple factors including the pace of economic recovery in the U.S., momentum behind the second wave of coronavirus infections and relations with China. All of those things can impact appetite for stock markets, the ebb and flow of which has been the foremost driver of many currencies since early April.

"EUR/USD is heading for the June peak at 1.1422. This will remain the case while the cross remains above the two month support line at 1.1257 and, more importantly, above the 1.1168 June 22 low. This, together with the March high at 1.1495, represents quite formidable resistance which we would expect to cap at first," says Axel Rudolph, a senior technical analyst at Commerzbank. 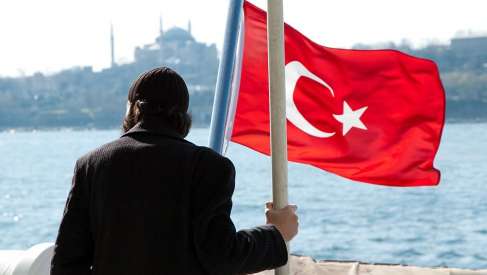