The Euro remains locked within a tight range against the Dollar as markets wait to see whether the single currency bloc will recover from a recent economic slowdown, but analysts at Deutsche Bank and Nordea Markets are forecasting a recovery for the EUR/USD rate before year-end.

Both banks have told clients that, despite current fears surrounding the Eurozone growth outlook, the exchange rate will break out from the narrow 300 point range that has gripped the single currency like a vice since the end of September 2018.

Both banks have similar thesis but present them differently. Nordea's team says an increase in U.S. Dollar "liquidity", which is financial speak for "supply", will be what drives the EUR/USD rate higher.

Economics 101 is that an increasing supply of any one item in a market will be met with a reduction in price if there is no matching increase in demand for that item. The same law applies in the currency market.

Nordea is telling clients that if the U.S. Congress has not already approved an increased debt limit, which the Democratic Party might try to block for its own reasons, by the time the 2019 threshold is reached then the Treasury will have to use the reserves in its 'General Cash Account' to fund the government.

"Our model based on US excess liquidity as well as relative liquidity suggests a move higher towards 1.18 already this summer. A debt ceiling standoff could push the model-implied EUR/USD-level even higher," says Martin Enlund, chief FX strategist at Nordea. "Simply put, if debt ceiling negotiations drag on into the X-date some time this autumn, it might push ~275bn more USD liquidity into the system – how’s that for “stealth QE?" 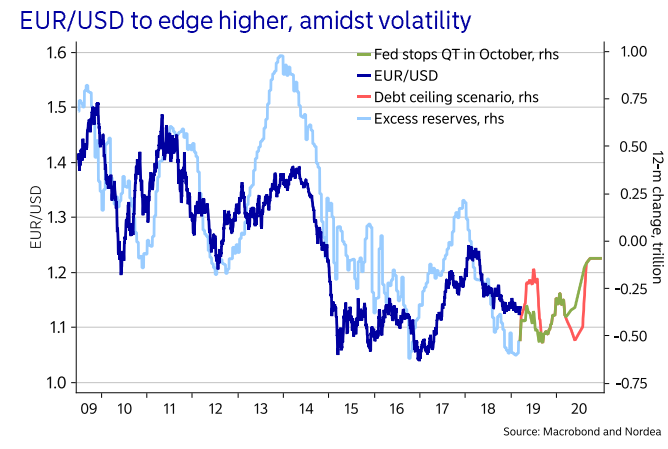 Above: Nordea Markets projections of Dollar liquidity under different scenarios.

The Nordic bank also says the March Federal Reserve (Fed) decision to stop shrinking its balance sheet earlier than previously planned will mean more Dollars washing around the market this year than was once thought by analysts.

The Fed balance sheet swelled from $870 billion before the financial crisis to more than $4.5 trillion in 2015 as a result of its quantitative easing programme. That saw the Fed create new Dollars to buy government bonds in the hope of stoking inflation through lower market interest rates and the faster economic growth thought to result from lower borrowing costs. .

"We’ve earlier seen a pattern that larger declines in US excess liquidity has tended to cause greater moves higher in the USD, and the lowered monthly cap means that SOMA days will get less exciting for USD bulls already in May," Enlund writes, in a note to clients.

The Fed has since 2017, attempted to shrink its balance sheet simply by ceasing to re-invest the money it receives from the government every time one of the bonds on its balance sheet matures, which is tantamount to a steady withdrawal of liquidity from the market. But it adapted that policy in March.

That is bad for the Dollar in general and positive for the Euro-to-Dollar rate, which Nordea forecasts will end 2019 at 1.19, up from 1.1220 Thursday. 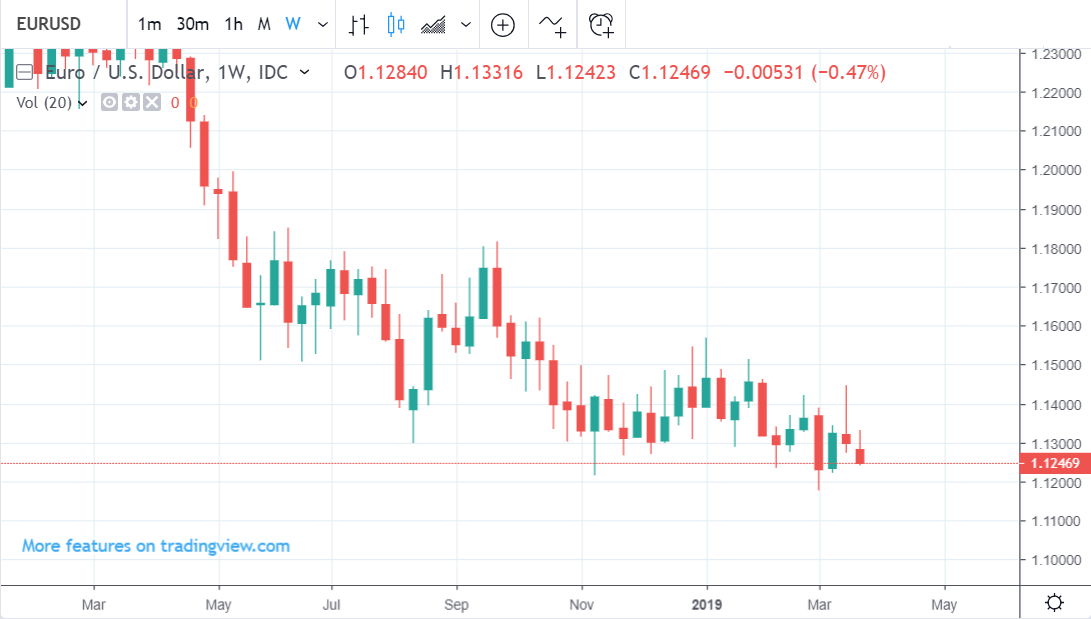 Nordea's view chimes with that of Deutsche Bank's head of FX strategy, George Saravelos, who says the Fed's recent decision to all-but abandon its interest rate hiking policy will bite the greenback this year. Although only once the Eurozone economy exits its current malaise.

"Interest rates, nominal and real, short-term and long-term have already moved in favor of the EUR and against the USD," Saravelos writes to clients. "One lesson from the limited positive EUR response so far is that there is little enthusiasm for buying the EUR on the basis of rates spreads moving in its favor, if EUR rates are pinned in negative territory at the peak of the rate cycle."

Eurozone growth fell sharply in 2018 and may have declined again in the first quarter of 2019 if the recent falls in Eurozone manufacturing PMIs are anything to go by. That's already prompted the European Central Bank to give up hope of raising its own interest rate in 2019 and has dented the Euro.

But political uncertainty, especially around Brexit, is another reason why investors have been reluctant to buy the single currency. Nonetheless, Saravelos says the European unit will be protected from large losses.

"The EUR balance of payment has once again proved it can and will protect the EUR's downside in the face of negative growth headlines," the strategist writes. "Maybe the risks are a few big figures lower now to perhaps 1.08, but we continue to see the downside as fairly restricted, the range compressed, and the upside as the likely direction of an eventual concerted break."

Saravelos has a mid-year target of 1.16 and an end-of-year target of 1.20 for the Euro-to-Dollar rate. However, he acknowledges that this recovery may take longer to materialise than is implied by his forecasts.

"It has to be a USD negative story," Saravelos says. "Cyclically adjusted fiscal deficit in the last six decades that places all the burden to avoid a recession on monetary policy, is the more convincing USD negative scenario." 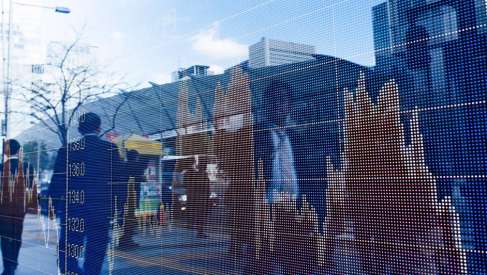 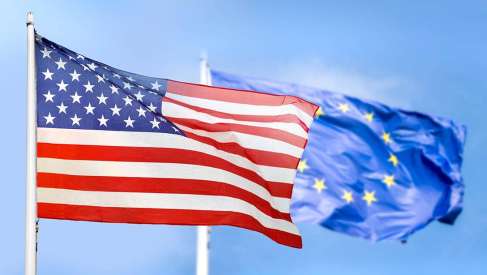 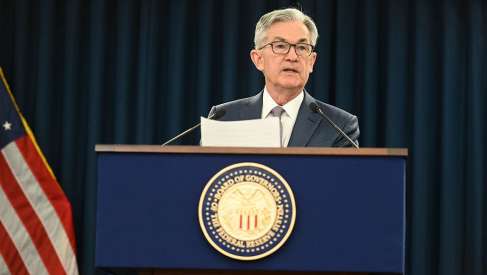