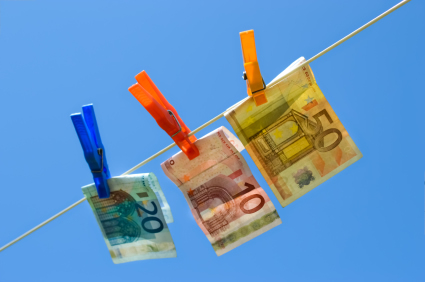 The euro sterling exchange rate (EUR/GBP) has taken a knock following the release of economic sentiment data out of the Eurozone. Germany in particular missed the mark. The forecast continues to favour the pound sterling over the euro.

The euro headed lower against the pound sterling in mid-morning in London after it was shown the Eurozone ZEW Survey for Economic Sentiment (Jan) beat expectations coming in at 73.3, markets had priced in a rise to 70.2 from December's 68.3.

But, Germany has missed the mark and this should hamper any EUR gains. The German number came in at 61.7, below expectations for 64, and this is actually below December's 62. Losses are most acute against the GBP at present.

Note: Our EUR quotes are taken from the wholesale spot markets. Your bank will charge a spread at their discretion when passing on a retail rate. However, an independent FX provider is so well placed on the market that they are able to deliver you up to 5% more currency. Please learn more here.

The euro pound sterling over the past 24 hours

While Friday’s UK retail sales numbers were much stronger than expected, it is no big surprise that they haven’t led to more sustained GBP gains, as the Q4 retail sales outcome was still only a rise of 0.4%, and there is no necessary implication for Q4 GDP.

Even so, analysts at Lloyds Bank Research still see some value in GBP on a dip, particularly against the Swiss Franc and the Euro. "The strength of UK growth and the declining trend in unemployment does suggest the possibility of a steady widening of yield spreads in favour of the GBP," say Lloyds Bank.

There will be interest in today’s CBI industrial trends survey for any indications on the momentum of the economy in January, but the focus will mainly be on tomorrow’s labour market data.

"A dip in the unemployment rate to 7.3% would provide further support to the GBP bull case. We would not expect anything from the MPC minutes to discourage this at this stage," say Lloyds.

"EUR/GBP is in a downtrend, the market sentiment is bearish, and players are looking for more reasons to sell," says Sean Lee at FXWW who has an open trading position on this pair.

"The pair is stable around the support of the main Falling Wedge shown on graph at the time Stochastic enters oversold areas supporting the upside rebound from those areas targeting 0.8385 areas. Breaching the resistance will extend the gains toward 0.8570, while a break below 0.8215 will push the pair to test the critical short-term support at 0.8165.