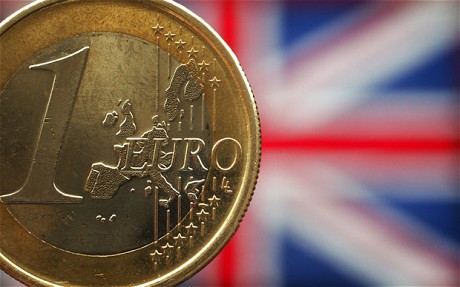 The pound to euro exchange rate is forecasted to maintain ground north of the 1.2 level, however the going will prove to be choppy and slow at best.

NB: Our EUR quotes are taken from the spot markets; your bank will subtract a discretionary spread when passing on their retail rate. However, an independent FX provider will guarantee to undercut your bank's offer and deliver you up to 5% more currency. Please learn more here.

There are reports that the pound sterling is benefiting from reserve bank and real-money fund buying.

This flow support confirms global cash is finding its way into the UK and hence the rally we continue to see in GBP.

Backing further confidence in the GBP/EUR exchange rate is the positive economic sentiment that prevails.

Yesterday we got UK inflation figures for December which showed the Bank of England’s target of 2% y/y has been reached.

"Expectations of a rate increase from the Bank of England have eased further, yet the pound has shown its resilience and managed to keep GBP/EUR above 1.20," says Sasha Nugent at Caxton FX.

For the purpose of technical forecasting we turn the equation around from GBP/EUR to EUR/GBP. (Divide the rate by one when converting your pounds into euros).

"In the longer term, despite the successful test thus far of the support at 0.8523, the underlying bearish trend remains negative. We favour further gradual weakness towards 0.8160 (61.8% retracement of the 2012-2013 rise)."

Turning to the pound dollar exchange rate, we note that the buying pressure in Cable is still solid despite softer inflation released yesterday.

Although the BoE’s 2.0% CPI target is now hit, the markets refuse to trade in line with Carney’s forward guidance.

"Resistance is seen pre-1.6450 while bids are building above. The positive sentiment suggests a renewed attempt to the year high levels (1.6603) if the uptrend channel lower band (1.6390) hold," says a morning currency release from Swissquote Research.