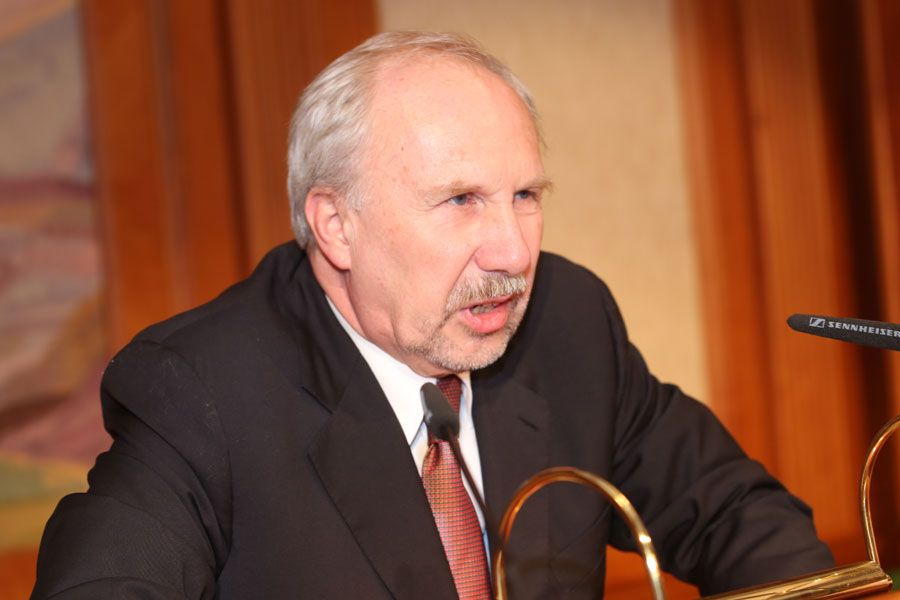 The Pound-Euro exchange rate has ticked up to an intra-day high at 1.1395 in mid-morning trade in London with commentators crediting the move on a drop in the EUR/USD.

"EUR/USD dropped on Nowotny," says a flash comment from Kirsti Knolle on the currencies desk at Thomson Reuters. "ECB's Nowotny sees the euro depreciating against the Dollar."

Speaking in Vienna, the head of Austria's central bank said an expected weakening in the Euro is down largely to interest rate policy.

GBP/EUR plumbed a six-day day nadir of 1.1363 in earlier London trade until the comments that addressed Euro valuations directly; something that is relatively rare for ECB members.

Nowotny says the risks for financial stability in Europe are currently more political than economic:

"On the whole, there are more risks to financial stability in Europe on the political side than on the economic side."

However, we would consider this move in Sterling to be relatively insignificant in light of upcoming event-risks for the currency which come in the form of Thursday's Bank of England policy event and Wednesday's vote in the House of Commons on key Brexit legislation.

We note that the vote poses a serious test of Prime Minister Theresa May's authority.