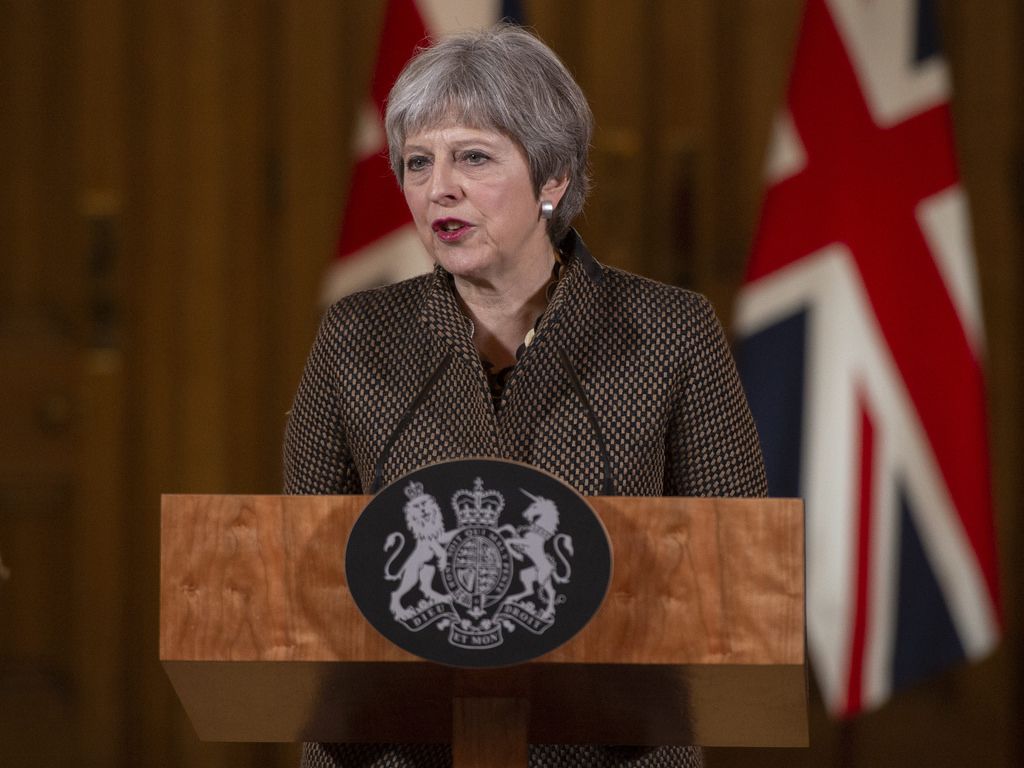 Above: The Prime Minister faces a crunch vote in the Commons today. Image © Number 10 Downing Street

The vote over the extent of Parliament's say in the event of no deal being reached in Brexit negotiations represented a danger point for the Prime Minister as members of her own party threatened to vote against the government over the particular matter.

The British Pound was widely expected to endure notable weakness had the government been defeated on the matter and the currency was seen paring recent losses in early afternoon trade in London amidst press reports that a "peace deal" amongst the rival factions of the Conservative Party has been struck.

The Pound-to-Euro exchange rate is quoted at 1.1390 on the inter-bank markets, having plugged lows at 1.1360 earlier in the day. We do note that Sterling did however start rising against the Euro earlier on comments made by a key member of the ECB which appeared to hamper the single-currency, more on this story here.

The Pound-to-Dollar exchange rate is quoted at 1.3169 having hit fresh 7-month lows at 1.3147 earlier in the day. For the GBP/USD much will ultimately depend on whether or not the ongoing broad-based Dollar rally has further to run. 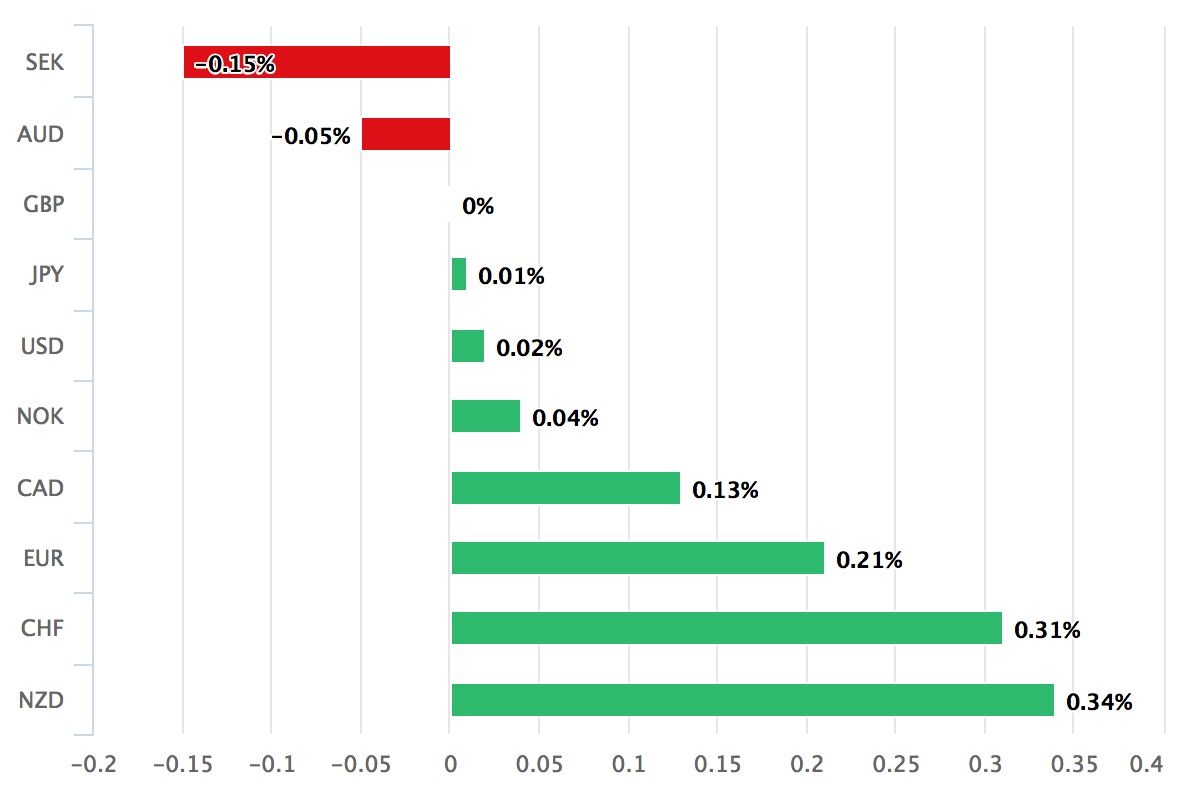 Above: Sterling has turned losses to gains on rumours the Brexit bill will pass a key vote.

The government's compromise sees the Speaker of the House attaining powers to decide if MPs should have the right to amend a motion on what to do if there is no agreement with the EU on Brexit day in March 2019.

In short, Parliament now has more of a say over what happens in a 'no deal' scenario than they did previously, but government still ultimately maintains its overall control in such an event.

MP Dominic Grieve - who was seen to be the leader of the 'rebellion' - said the "sovereignty of Parliament" had been acknowledged.

Another potential rebel Nicky Morgan said this amounted to a "meaningful vote" and she would back it.

High Risks for May and the Pound

The so-called Brexit Bill was sent back to lawmakers by the House of Lords who voted against rubber-stamping the Bill, instead asking for an amendment to be made that allows for Parliament to vote on how the government should proceed if there is no Brexit deal by 21 January 2019.

Theresa May had indicated the demands present an unacceptable request as it ties her hands in negotiations with the EU, however members of her own party have indicated they believe the amends proposed by the Lords should pass. How these 'rebels' vote today - and indeed how many of them are willing to vote against their leader - will determine whether the bill passes or not.

Foreign exchange analysts had warned that should May fail in her bid to pass the legislation there would likely be further downside for Pound Sterling which tends to fall during times of elevated uncertainty.

The failure of the government to pass its own legislation would ultimately question its longevity and heighten the prospect of another general election. Combine this with uncertainties pertaining to Brexit negotiations, and you have the perfect cocktail of uncertainties needed to send the Pound sharply lower.

"The victory for the government in the Commons vote will shore up PM May, for now," says Robert Howard who sits on the currencies desk at Thomson Reuters.

Is the EU Prepared to Allow Negotiations to Fail?

The battle in the House of Commons centres around who would ultimately have control of UK Brexit policy in the event of a "no deal" event occurding on Brexit day in March 2019.

The likelihood of such an outcome is at present regarded as a low probability event by analysts and markets, however this week it has been reported Brussels is stepping up preperations for such an eventuality.

A draft of the communique seen by the FT for next week’s EU27 leaders’ summit calls on EU countries “to step up their work on preparedness at all levels and for all outcomes” to the Brexit negotiations.

The phrase “all outcomes” includes the UK and EU reaching no agreement and reverting to WTO rules.

“The European Council expresses its concern that no substantial progress has yet been achieved on agreeing a backstop solution for Ireland/Northern Ireland,” reads the communiqué.

However, "we are not there yet: serious divergences remain on the backstop for NI/IE. More work clearly needed," adds the negotiator.

If the UK is to remain united there can ultimately be no difference in customs rules for the UK and Northern Ireland.

This is clearly a muddle; and we are yet to see a solution that solves what for now appears to be an unsolvable puzzle.

In short, the Brexit picture is murky and until such a time as the air clears, Sterling will unlikely mount a sustained recovery.