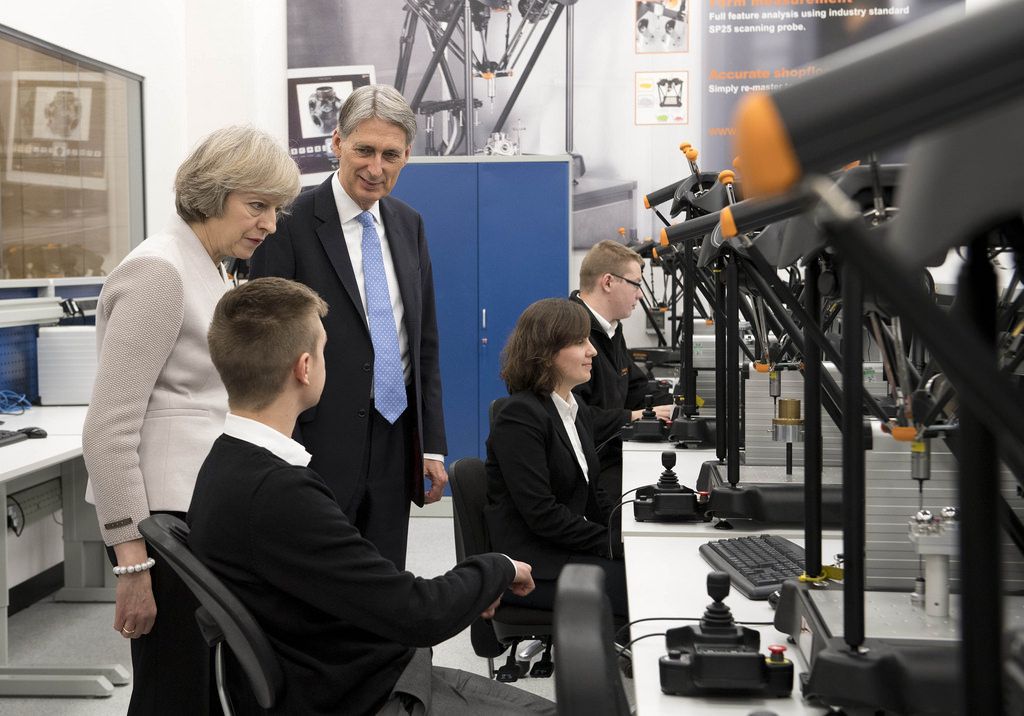 A flash-sale of Pound Sterling characterised markets at the start of a new week in global foreign exchange as the hard-Brexit story continues to be digested.

Sterling fell on weekend news that the UK Prime Minister would use a speech on Tuesday to argue for red-lines over EU migration and an exit from the jurisdiction from the European Courts of Justice.

Of course this means the UK will likely have to exit the single market.

The news saw the GBP/EUR exchange rate fall down to 1.1276 at one stage, however the pair has managed to recover back above 1.14.

It had however gone as low as 1.1983 in early Pacific trade.

Deutsche Bank worry that the heavy political calendar in Europe will lead the EU towards a tough negotiating position and the market towards pricing hard-Brexit again.

In their FX Blueprint for the year ahead, analysts point a picture of notable Pound weakness.

Driving the currency lower is a slowdown in economic growth as consumers pull back from spending owing to higher prices. 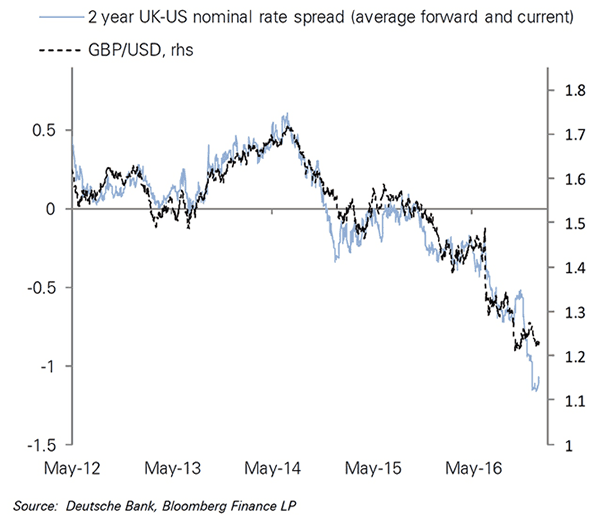 This is taking into account the market is pricing nearly a 50% chance of a rate hike from the Bank of England next year.

Furthermore, 20% Purchasing Power Parity overshoot bands, a useful guide for Sterling cycles in the past, points to GBP/USD close to parity or EUR/GBP slightly above it.

For other forecasts on where Sterling might end up on hard-Brexit, see our reporting on HSBC's Brexit Barometer.

Deutsche Bank believe further Sterling weakness is now highly likely in response to the evolving stance being adopted to Brexit by the UK.

In a note to clients, seen by Pound Sterling Live, Harvey offers the following analysis:

"Recent reports represent a high-risk strategy for the UK’s initial negotiating stance and, in our view, are consistent with the market beginning to fully price a hard Brexit.

"Most important is the Prime Minister’s reported willingness to forgo membership of the customs union.

"A decision on customs union membership is a preliminary to most other aspects of the Brexit process as, for example, negotiations on third country trade deals cannot begin without it.

"As has been well documented, a full exit from the customs union would be highly economically disruptive and would compromise investment in major UK export sectors such as autos.

"In recognition, the government appears to be seeking special privileges for certain sectors. It remains to be seen what the EU response will be, but the strategy is high risk.

"First, it would amount to a ‘pick-and-mix’ approach to Single Market Access that EU leaders have so far rebuffed.

"Second, unless a deal was made quickly, companies may trigger contingency plans at an early stage of the negotiations, leaving a later deal meaningless.

"Leaving the customs union would leave the UK a free hand to negotiate third-country trade deals, such as with China or the US.

"We are not optimistic, however, that third-country deals could replace the UK’s existing trade arrangements soon.

"Trade deals are highly complex and it would be highly challenging to negotiate them under the current political timetable.

"The benefits of seeking third-country deals are also questionable given increasing evidence of protectionism and slowing global trade.

"Reports last week signalled that EU Commission negotiator Barnier was considering transitional arrangements for the City of London to safeguard lending and liquidity in the EU.

"It is unclear, however, how full UK sovereignty from ECJ decisions can be made compatible with continued bank access to passporting and many aspects of the Eurozone’s financial infrastructure such as Target 2 and euro swaps clearing.

"The reported hard-line stance is also likely to increase domestic political instability, with many MPs concerned that Single Market Access should be the highest priority for negotiations.

"It should also raise tensions with the Scottish government, with SNP leader Nicola Sturgeon having pledged her support for a second independence referendum if Scotland does not remain in the Single Market.

"In terms of next steps, we anticipate a decision on the Supreme Court appeal over the government’s Triggering of Article 50 to be likely on one the forthcoming two Wednesdays.

"One risk associated with the appeal is that the Supreme Court rules devolved authorities must be consulted as part of triggering Article 50.

"If so (not our base case), this would leave seemingly irreconcilable differences between Westminster and Holyrood’s political priorities.

"In terms of market implications we see these press reports as a material negative should they prove accurate and a catalyst for the market beginning to price hard Brexit.

"As per our recent FX Blueprint publication, we see a deterioration in political rhetoric around Brexit as a key catalyst for further sterling weakness and see the large terms of trade shock from full exit from the Single Market consistent with GBP/USD at 1.06 or EUR/GBP close to parity respectively."

Bookies have meanwhile seen a pick-up in interest amongst punters looking to make something on Sterling's demise.

“A number of analysts have expressed deeper concerns for the UK currency, and a slide into the $1.09-1 territory is far from out of the question at 11/10. At 10/1, there’s even a sneaking feeling amongst our traders that the dollar could be stronger than the pound at some point this year,” says Alger.