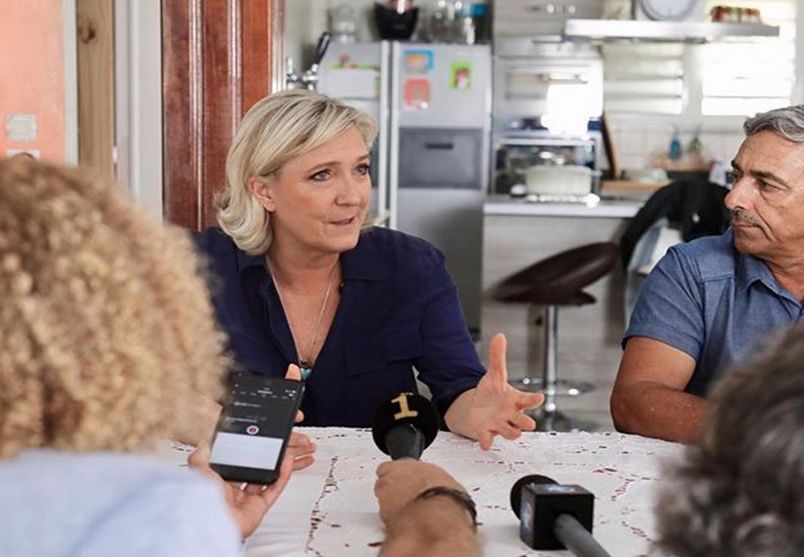 Societe Generale have confirmed the Euro will recover notably against the British Pound and US Dollar in the second half of 2017 on the assumption that Front National's Marine Le Pen doesn't win the French Presidency.

Political risks are rooted across the channel in 2017 and elections in the Netherlands and France will be key to deciding how the Pound performs against its larger continental cousin.

Brexit and Trump have shown us how political upsets can work on currency markets, and foreign exchange traders will have these memories fresh in their minds as they move through the year.

Nerves over unexpected electoral outcomes should cap any exuberance in the Euro and will likely ensure the recovery we have been witnessing in the GBP to EUR conversion in the fourth quarter of 2016 extends.

Analysts at France's third-largest bank, Societe Generale, say they believe the Euro will continue to weaken through the first quarter of 2017 on uncertainty over whether anti-EU candidate Marine Le Pen will pose a significant challenge on the establishment candidates from the centre ground.

This uncertainty should pull EUR/USD towards parity, a move that will suck EUR/GBP lower. 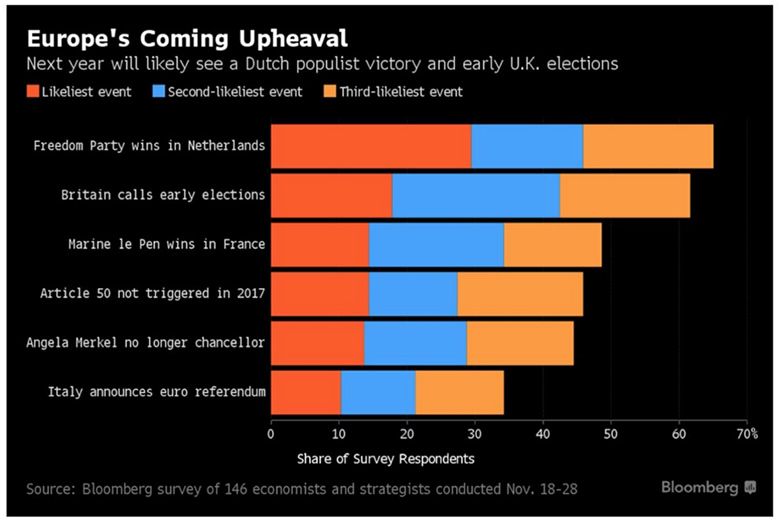 While analysts surveyed by Bloomberg put a Le Pen victory third on the list of currency risks, for Societe Generale she is the key theme for the Euro's evolution in 2017.

Front National candidate Marine Le Pen seems very likely to make it to the second round of France’s presidential elections on 7 May 2017, but she is unlikely to prevail in a two-candidate showdown.

Le Pen has repeatedly called for a French referendum on European Union membership. Recently she told the European Parliament, "with respect to democracy I think a referendum is the best application for us. Over the past four years, I have said that I will be organising a referendum so French people can express themselves on the issue of France leaving the European Union."

For Soc Gen’s Kit Juckes the prospect of a Le Pen victory will therefore prompt nerves towards the Euro.

In a briefing to clients on Societe Generale's financial forecasts for 2017 the analyst says:

"The tailwind behind populist and antiestablishment politicians, however, is likely to scare buyers away from the Euro until after the election, unless opinion polls show a very clear outcome. On that basis, despite the strong economic case for the euro to start bottoming out earlier, we expect to see EUR/USD reach parity in 1H, and to rise on gradually in 2H."

The EUR/GBP is likely to take its cue from the move lower in EUR/USD.

However, a stronger recover by the Euro is possible in 2018, after the German and Italian elections.

Noting the French elections to be a key component of the Euro's future profile it is therefore worth keeping an eye on the polls.

Latest polling suggests Marine Le Pen will be 'crushed' in the second round of votes.

However, if 2016 has taught us anything, it is not to trust a pollster!

Societe Generale argue the late-2016 recovery in Pound Sterling comes during a period of relative calm for the currency which is currently seeing some much-needed short-covering before the economic implications of leaving the EU become clearer.

Through 2015-2016 investors have built sizeable - arguably unsustainable - bets against the Pound. There must come a time when the market rebalances and these negative bets are flushed out.

Many believe this short-covering is the main engine of Sterling's growth.

“A period of calm, however, can turn into renewed weakness if the squeeze on real incomes undermines the recovery in economic confidence and upward revisions to growth forecasts,” says Juckes.

As mentioned, Juckes & Co. also anticipate a sharp recovery in the Euro in 2017:

“If we do see resilience for sterling through 1Q, as UK data hold up, and if we also see the euro trade down to parity with the Dollar over that timescale, we would look to buy EUR/GBP for a sharp rebound in 2Q-3Q as UK growth suffers from higher inflation, and the political headwinds facing the Euro fade. A return to levels above EUR/GBP 0.90 is very possible in 2017.”