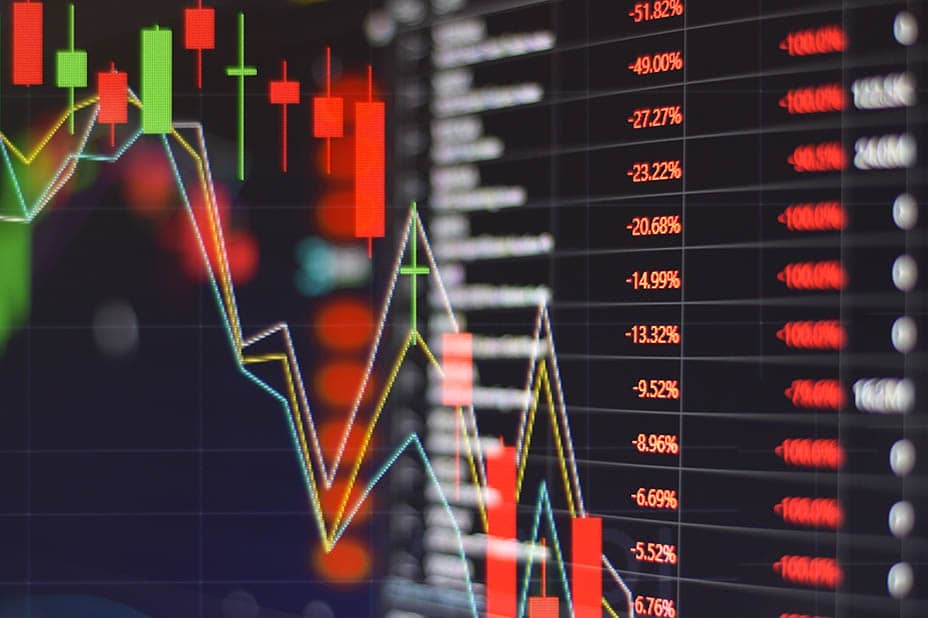 Pound Sterling has fallen for seven successive days against the Euro but it is too soon to write off the longer term rally in the exchange rate, according to technical analysts at investment bank Credit Suisse.

The findings will offer hope to beleaguered readers hoping for a stronger Pound while prompting caution for those on the other side of the equation awaiting further gains by the Euro.

David Sneddon, a technical analyst at Credit Suisse in London, says "EUR/GBP has extended its sharp recovery for a break above the 55-day average to turn the spotlight back on the more important 200-day average, now at 0.8450."

Sneddon says a "sustained hold" below here is needed to rekindle thoughts of a potential turning point having been reached in EUR/GBP.

In terms of the GBP/EUR exchange rate, the 200-day moving average Sneddon refers to would be around 1.1834: 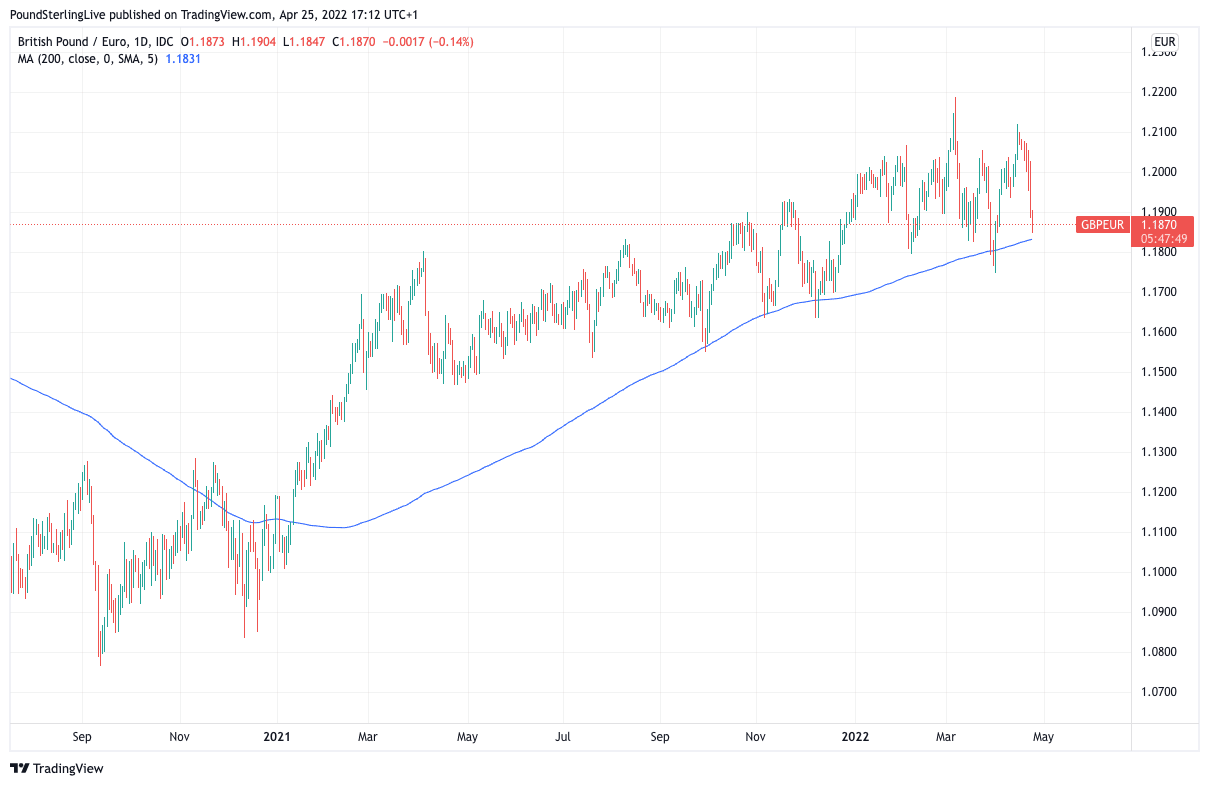 Above: GBP/EUR at daily intervals with the 200 day moving average annotated.

But significant support is noted lower down at approximately 1.1745 says Sneddon.

Only a daily close below here would mean this year's peak for GBP/EUR is in and it raises the prospect of a more significant turn lower, he adds. (Set your FX rate alert here).

Pound Sterling Live reported at the start of the week of a potential turn in trend for the Pound against the Euro was underway following a sharp decline in the value of the UK currency over recent days.

The fundamental driver to the decline appears to be a run of disappointing data releases, but technical analysis can gives those watching the market insights as to what levels are significant.

These studies also offer an approach devoid of noisy background commentary and signals and can allow for a rules based approach to the market.

John Hardy, an analyst at Saxo Bank, said the Pound to Euro exchange rate is "worth watching" as he believes there could be further downside over coming days.

Data from Saxo Bank reveals the trend in GBP/EUR has now shifted to neutral, having been positive for a long period of time.

Those watching GBP/EUR closely will likely be aware that this uptrend has been in place since late 2020 and ultimately peaked at 1.2188 in March.

If Saxo Bank's Hardy is correct the 2022 peak reached in March would in fact be the high water mark for the pair.

But if the uptrend is still alive - as per Sneddon's research findings - this 2022 high can yet be retested and even broken.

It is worth pointing out that the Credit Suisse analysis does consider longer-term timeframes whereas the Saxo Bank analysis is looking at near-term. Therefore it is possible that near-term weakness persists for a while yet while a longer-term trend allows for an eventual recovery.

But even if this is the case, that support level at 1.1745 must hold for the bulls to have a shot at pushing higher.