The Pound to Euro rate stalled in its recent recovery last week and may now be at risk of a setback as Sterling navigates a series of economic data risks and as the Euro likely benefits from French political developments and a central bank policy decision.

Pound Sterling initially benefited when the Euro was burdened last week by allegations of Russian atrocities in Ukraine and market anxiety about the sanctions response to them but it was on the back foot by Friday and may be likely to struggle further in the days ahead.

The Pound traded briefly above 1.20 before retreating last week but French political developments, forthcoming economic data from the UK and a European Central Bank (ECB) policy decision could collectively push it back toward or below 1.19 this week. (Set your exchange rate alert, here).

"We maintain our call that Macron is twice as likely as Le Pen to win on 24 April," says Holger Schmieding, chief economist at Berenberg.

Uncertainty about the April 24 outcome of the French presidential election was widely cited as a burden for the Euro last week but that could change following the first round voting on Sunday, and especially in relation to the likes of the safe-haven Swiss Franc. 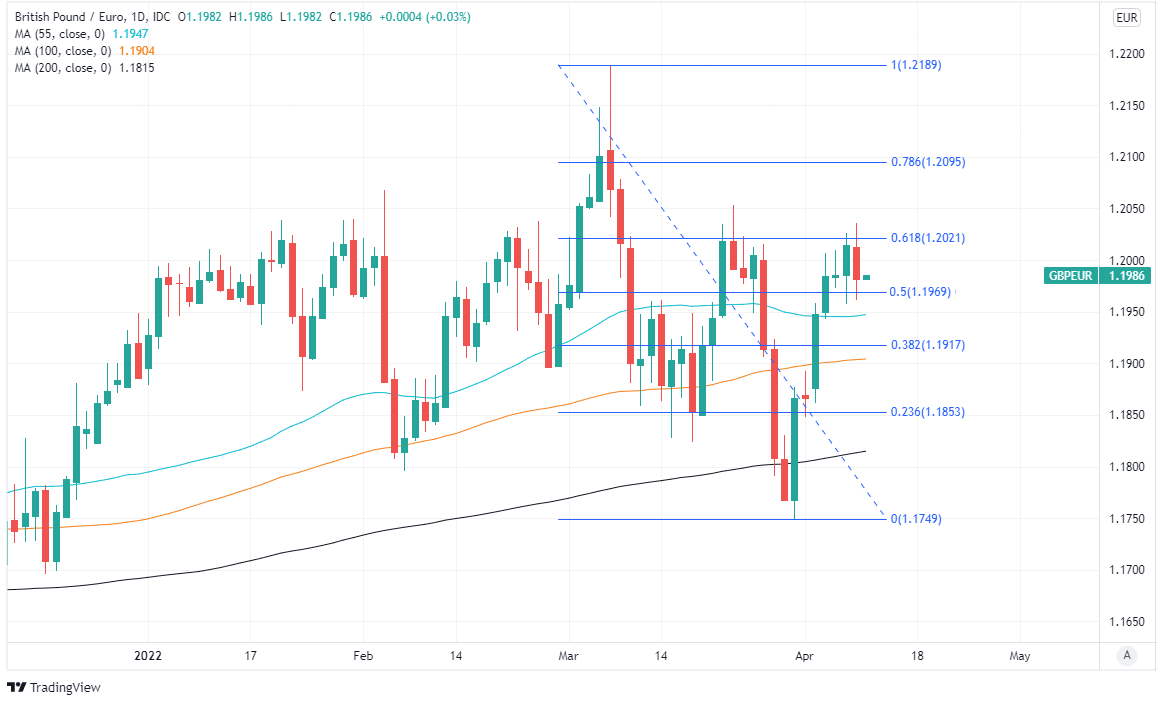 The clear lead for the incumbent in exit polls following the first round of voting on Sunday is supportive of the single currency and a likely headwind for the Pound to Euro rate this week, although Sterling will also have to navigate a series of risks emanating from closer to home this week too.

Only time could tell what Wednesday’s UK inflation figures will mean for Sterling amid uncertainty over the extent to which the Bank of England (BoE) will respond to rising price pressures in the near future when they are increasingly the result of imported energy prices.

The BoE’s March statement and subsequent communications suggested the squeeze on incomes resulting from these price pressures could serve as a partial substitute for some of the interest rate rises that financial markets have assumed are likely for later in the year.

“We maintain a cautious outlook on the GBP ahead of the BoE’s policy decision in early-May, where its new MPR forecasts will probably show an undershooting of inflation under the policy rates expected by markets—and implicitly push back against hawkish expectations,” says Shaun Osborne, chief FX strategist at Scotiabank.

This is a risk for the Pound that creates uncertainty about how the market will respond to rising inflation rates in the short-term, hence why Wednesday’s inflation data is the domestic highlight for Sterling in a week that will also see February GDP and employment data released.

“The market’s dovish repricing of BoE rate expectations has been relatively contained, and the OIS pricing continues to embed 5+ rate hikes by the end of this year. This is ultimately offering some support to the pound,” says Francesco Pesole, a strategist at ING. 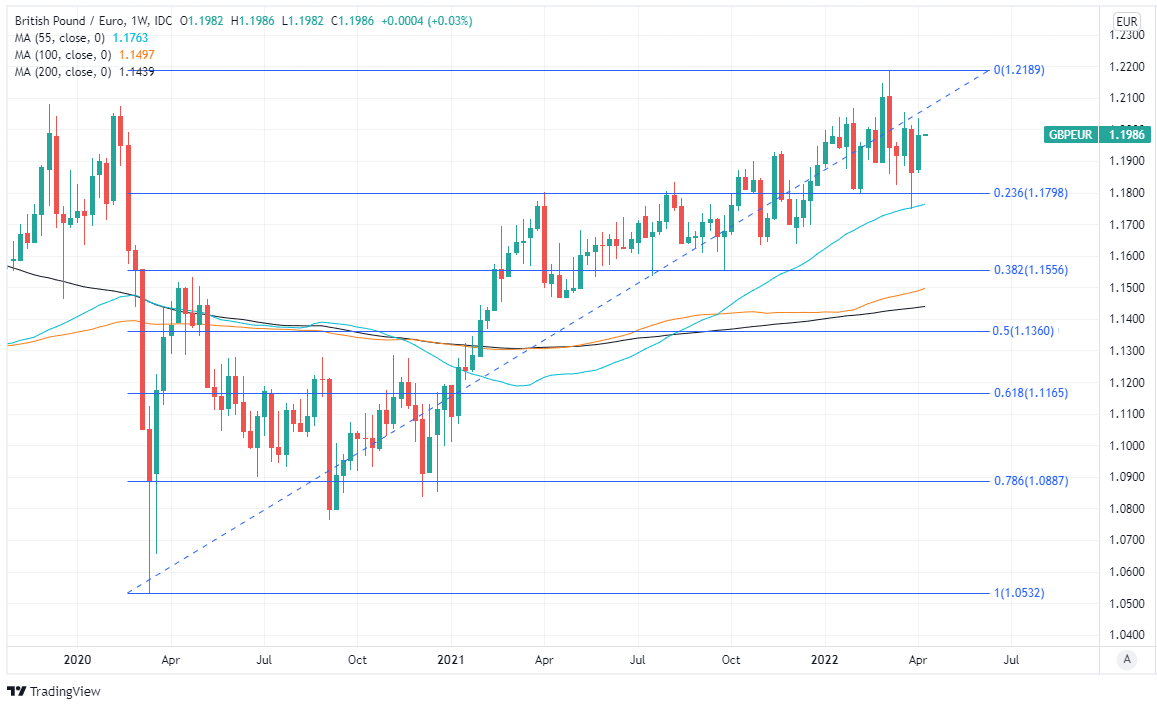 It’s possible, if not likely that Wednesday’s inflation figures will do little for Sterling and that the Euro side could instead itself also weigh on the GBP/EUR exchange rate if Thursday’s decision leaves intact the market’s expectations for European Central Bank monetary policy.

“This week’s publication of the account of the March 10 policy meeting were interpreted by the market as being reasonably hawkish with the money market increasing its expectation for rate hikes slightly on the day,” says Jane Foley, head of FX strategy at Rabobank.

“The money market remains more hawkish than economists. The Bloomberg survey of economists points to a 25 bps rate hike from the ECB in December 2022 and further progressive tightening through 2023,” Foley said following a review of the outlook for the Euro last week.

The ECB ended its near-€2 trillion Pandemic Emergency Purchase Programme (PEPP) last month and announced at the March meeting that a temporary increase in the size of Frankfurt’s original Asset Purchase Programme (APP) would be scaled back faster than previously planned.

While the ECB hasn’t actually committed to any kind of “normalisation” at all, the bank has manoeuvred itself into a position where its practice of quantitative easing could be ended at any point after June this year and has not ruled out a change in its interest rate settings for the near future.