Pound Sterling has already breached Credit Suisse's forecast target against the Euro, leading the Swiss bank to raise a new target and affirm their bullish stance on the UK currency against its continental rival in 2022.

The Pound is the top performing major currency of the new year, aided by benign investor sentiment, expectations the Omicron wave is less severe than previous waves and expectations the Bank of England will hike interest rates on numerous occasions in 2022.

"Another long-standing view of ours has been to be constructive on GBP," says Shahab Jalinoos who heads FX strategy and research at Credit Suisse. And, the currency can go "stronger still" he says, in a note out at the start of the year. 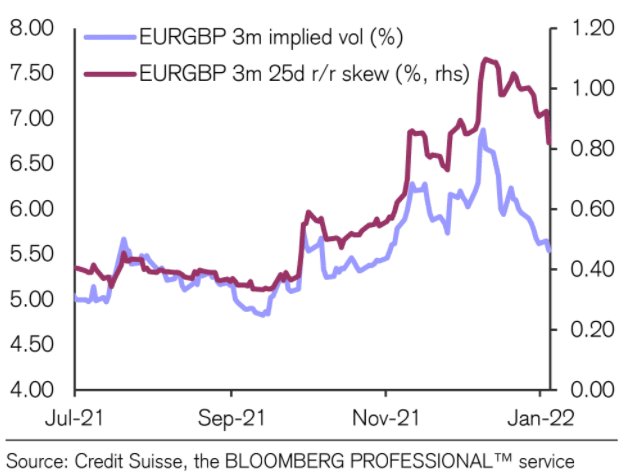 Jalinoos says markets appear to have decided early in 2022 that "the 'omicron concern phase' which started in late November, to be largely over".

The focus for investors now will once again be on "wider global reflation hopes, especially in the context of current high realised inflation".

Jalinoos describes the Pound as a "pro-reflation" currency. "Conditions appear supportive for these types of currencies that represent conventional reflation stories," he says.

On the matter of the UK's Covid situation, Jalinoos says it appears the bar is now set notably higher for further Covid restrictions to be put in place again, given the falling severity of the virus and the strong political opposition to such measures within Boris Johnson's Conservative Party.

The Bank of England is meanwhile expected to show an eagerness to burnish its inflation fighting credentials and further rate hikes are therefore likely.

"With markets already pricing in 100bp of BoE rate hikes over the next 12 months, arguably the bar is rising for delivering positive surprises that allow still more rate hikes to be priced in for 2022," says Jalinoos.

But he argues the Bank of England has now established "itself as a pack leader when it comes to openness to monetary tightening, not least because it was prepared to act during peak omicron fears".

"By simply having a mechanical framework for balance sheet reduction, it stands out in terms of having in place a clear currency-supportive architecture, something very much lacking for rivals like EUR or JPY," says Jalinoos. 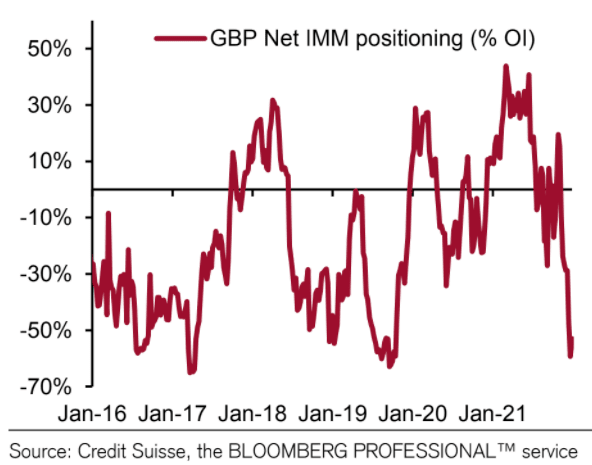 Another supportive thesis for the Pound is positioning data that points to a continued large Sterling short position in the market; suggestive that more investors will have to capitulate their bets against the currency.

"The consistency of this backdrop has been a source of encouragement for our GBP-positive stance throughout our bullish phase over much of the last 12 months," says Jalinoos.

The Euro will meanwhile struggle, even if the European Central Bank (ECB) brings forward the timing of a first interest rate rise.

"There will be clear constraints as to how many are possible linked to the fact that the ECB is not even close to ending asset purchases at this point, let alone hiking rates," says Jalinoos.

The Pound to Dollar exchange rate is meanwhile forecast to remain rangebound within a very broad 1.32-1.39 range, "and we see little reason to change that for now," says Jalinoos.