The Pound to Euro rate was testing the waters above 1.19 in the penultimate session of 2021, leaving it within close reach of the year’s highs as Sterling looked to cement a more-than seven percent gain for the period.

Sterling was up 7.4% for 2021 as the Pound-to-Euro exchange rate sought to reclaim the 1.19 handle on Thursday following a break above technical resistance near 1.1870 during holiday-shortened trading earlier this week.

This last minute advance placed Sterling on course for an eighth consecutive daily increase against the single currency and positions the Pound-to-Euro rate within arm’s reach of 2021 highs at 1.1931, which were established before late November’s emergence of the Omicron strain of coronavirus.

“Markets remain well-convinced that the BoE will lift its policy rate again at its earlyFebruary meeting, assigning an ~85% chance of a hike with another increase at its May decision fully priced in,” says Shaun Osborne, chief FX strategist at Scotiabank.

“We see the EURGBP deepening its decline from 0.86 earlier this month to a firm break under 0.84 [GBP/EUR above 1.1904] as the BoE is brought to action given steepening inflation and the ECB stands back,” Osborne and colleagues said of their 2022 outlook in a Wednesday market commentary. 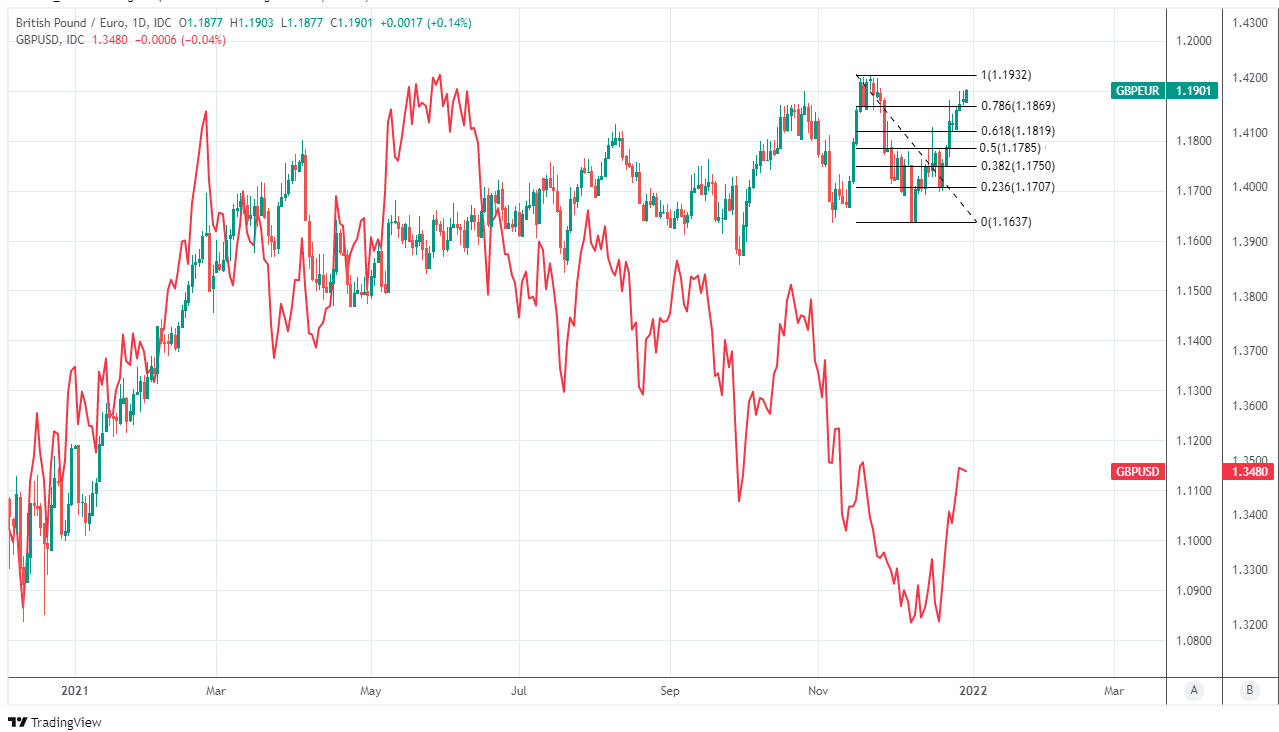 The Pound-Euro rate would potentially have scope to test the 1.20 level and multi-year long layer of technical resistance on the charts early in the new year should year-end trading facilitate a recovery above 1.19.

“The Pound has been feeling better about improved economic data and less concerning news around the dangers of the omicron variant. This has resulted in upwardly revised BOE rate hike expectations as the market gets back to focusing on the economy and the uptick in inflation,” says Joel Kruger, chief FX strategist at LMAX Exchange Group.

“Trading conditions will be thin from now through the second week in January, with so many off the desks for holidays,” Kruger also said on Wednesday.

The Pound-to-Euro rate’s late December advance has been driven most recently by a rally in GBP/USD, which reversed nearly half its decline from 1.39 in September to 1.3163 by late November during the final trading sessions of the year.

This ultimately triggered December’s Bank of England (BoE) decision to lift Bank Rate to 0.25%, which came as a surprise to the market and marks the first in a likely series of steps to reverse the interest rate cuts announced at the onset of the pandemic in 2020.

“With the pound on the rise today, we can see that higher Omicron cases may not necessarily result in the outlook for sterling losing traction,” says Joshua Mahony, a senior market analysts at online trading firm IG.

“Instead, traders can focus on the fact that the Bank of England decided to raise rates in the face of rising Omicron cases, with a strong chance that the UK will find itself with better herd immunity and an improving economic outlook by the February BoE meeting,” Mahony said on Thursday. 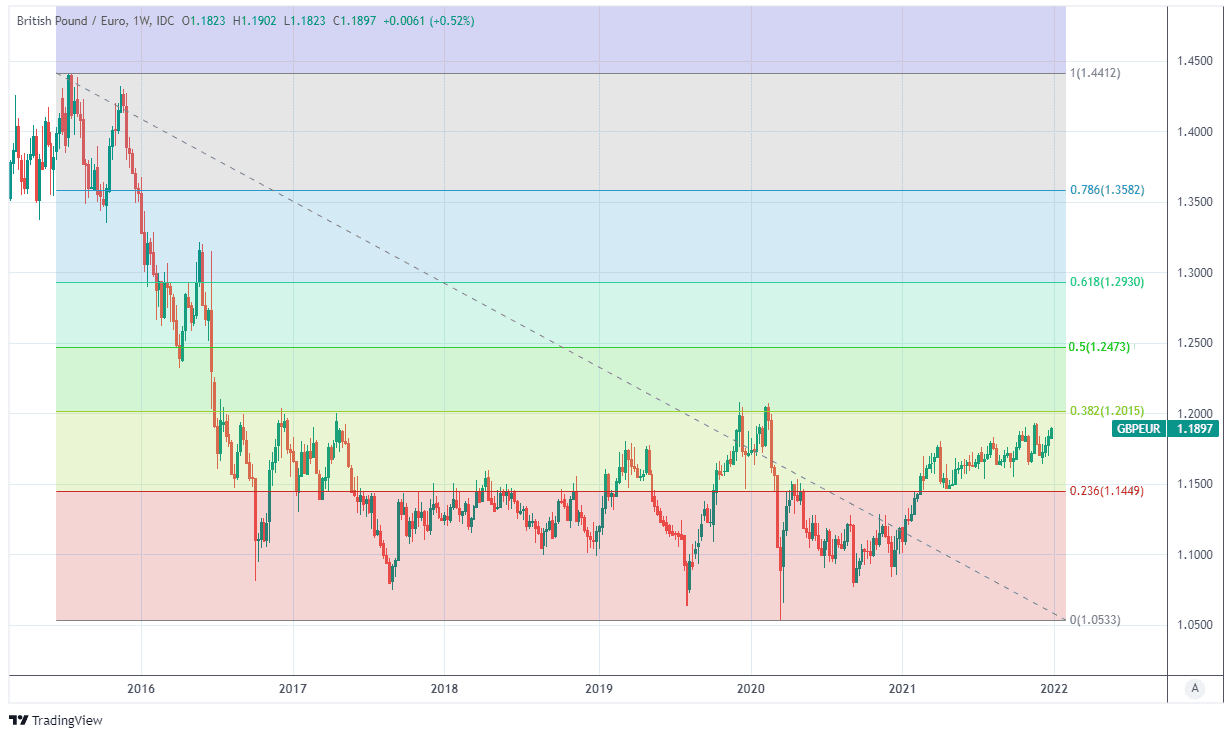 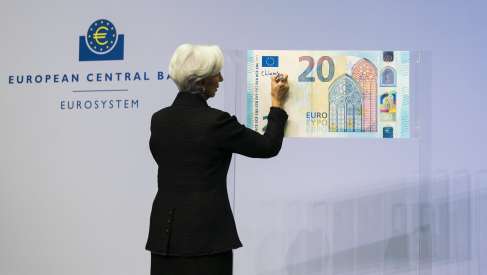 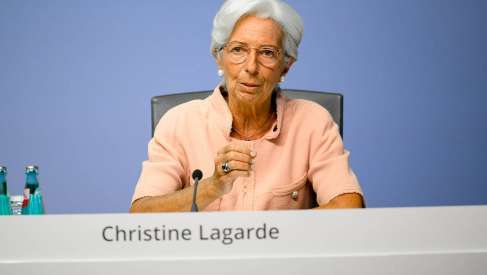 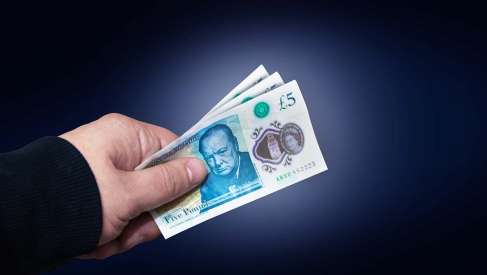