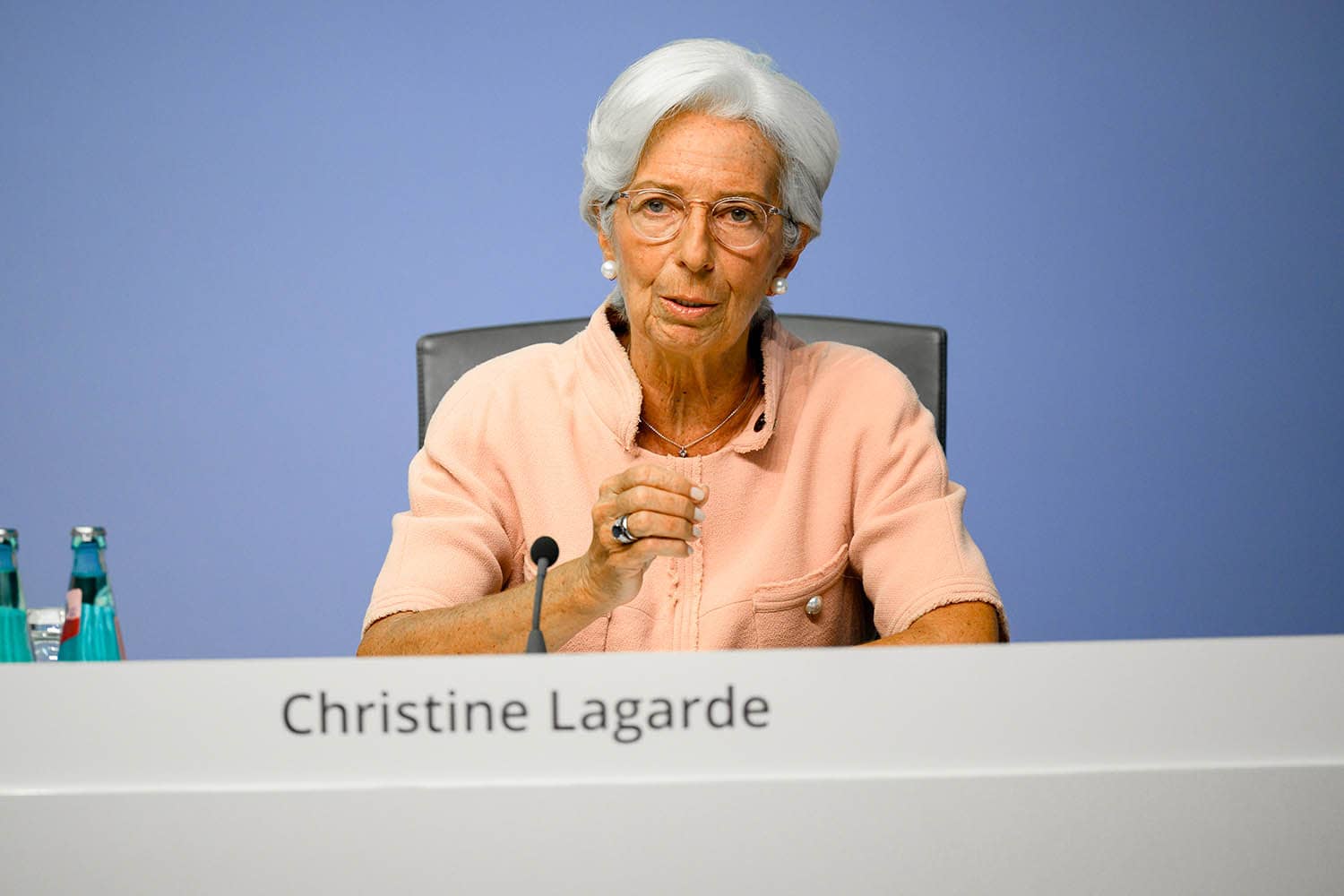 Pound Sterling's recovery against the Euro gathered momentum in the wake of the European Central Bank's July policy update.

The European Central Bank (ECB) said it would maintain generous levels of monetary support to the Eurozone financial system until inflation was deemed to be stabilising around the 2.0% level over the long-term.

In doing so the ECB has all but confirmed it will remain one of the laggards in the central bank race to normalise interest rates back to pre-crisis levels, a position that could weigh on the Euro over the longer-term.

The ECB's do-nothing stance contrasts to that of the Bank of England which appears increasingly nervous over inflationary levels in the UK, reflected by a fierce debate amongst policy makers as to whether or not inflation will get stuck above 2.0% for a sustained period of time.

This divergence is reflected in the Pound's steady uptrend against the Euro in 2021 which remains intact despite the wobble witnessed earlier this week.

The Pound-to-Euro exchange rate built on its recovery from Monday lows in the wake of the ECB decision and added to its daily gains, at the time of writing the exchange rate is at 1.1680. 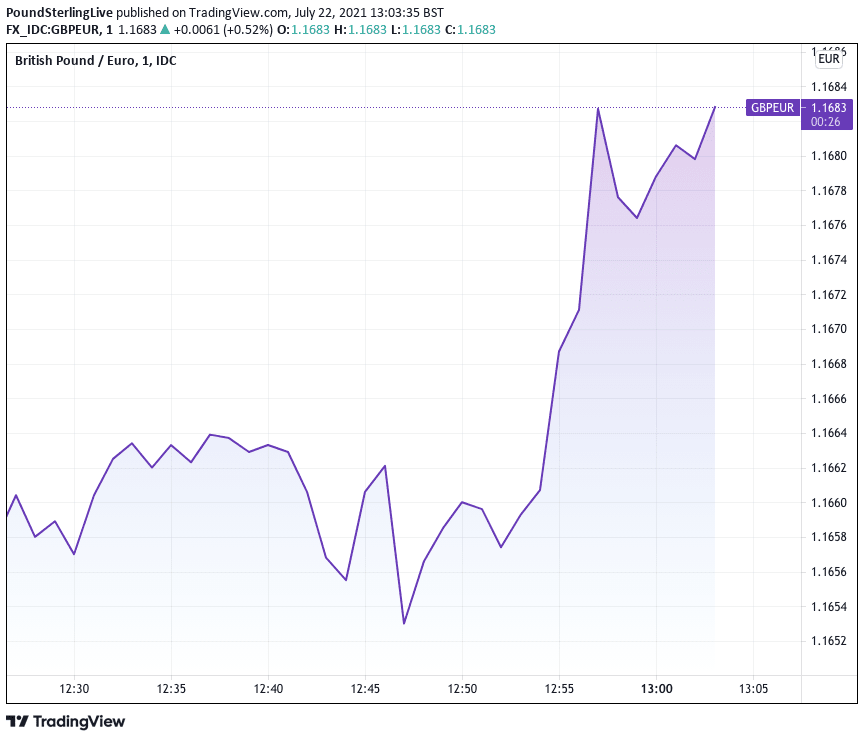 The ECB's July decision attracted more attention than usual given this is the first policy update delivered under its new strategic framework.

The ECB announced on July 08 that it would now tolerate inflation above 2.0% in a new 'symmetric' approach to inflation targeting.

"The ECB were previous asymmetric in their inflation target, meaning they were aiming to maintain inflation rates below, but close to 2% over the medium term. They have since moved to a position of symmetry, whereby negative and positive deviations from the inflation target are treated as equally undesirable. It is a dirty fix to the short-term ‘reopening’ spike in inflation," says Hinesh Patel, portfolio manager at Quilter Investors.

In short, it gave itself the leeway to let inflation run above 2.0% and suggests monetary policy settings can be kept looser-for-longer which on balance implies a lower-Euro-for-longer.

Kounis explains the key differences between the ECB's previous framework and their newer one are:

The ECB's new strategic approach meant the old textbook on presenting information to the market would be torn up and a fresh template for presenting guidance would be made available.

The statement issued on July 22 might contain different wording and phraseology, but the underlying message remained broadly unchanged: there is no chance interest rates will rise in the foreseeable future and quantitative easing will continue.

"In support of its symmetric two per cent inflation target and in line with its monetary policy strategy, the Governing Council expects the key ECB interest rates to remain at their present or lower levels until it sees inflation reaching two per cent well ahead of the end of its projection horizon and durably for the rest of the projection horizon, and it judges that realised progress in underlying inflation is sufficiently advanced to be consistent with inflation stabilising at two per cent over the medium term. This may also imply a transitory period in which inflation is moderately above target."

Net purchases under the APP will continue at a monthly pace of €20BN and purchases under the pandemic emergency purchase programme (PEPP) over the current quarter to be conducted at a significantly higher pace than during the first months of the year.

The ECB said it will continue to conduct net asset purchases under the PEPP with a total envelope of €1,850BN until at least the end of March 2022 and, in any case, until it judges that the coronavirus crisis phase is over.

The interest rate on the main refinancing operations and the interest rates on the marginal lending facility and the deposit facility will remain unchanged at 0.00%, 0.25% and -0.50% respectively.