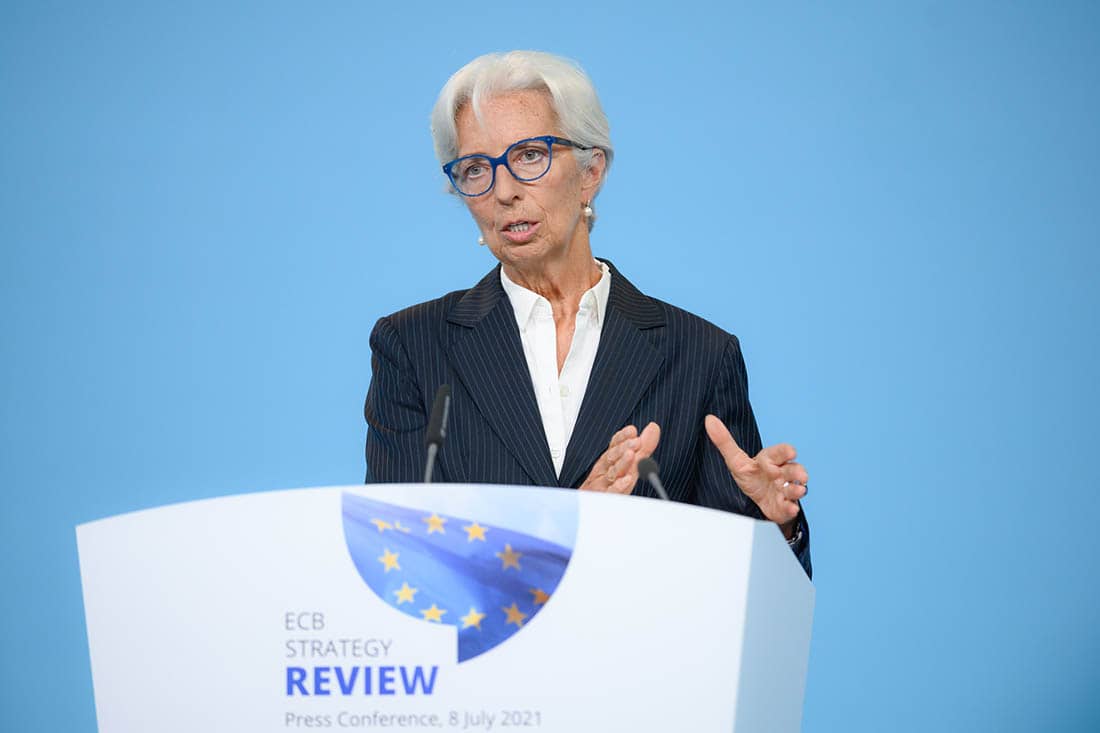 The European Central Bank’s new strategy could lead to an even more protracted period of low interest rates and quantitative easing (QE) while being similar in its market implications to that of the Federal Reserve (Fed), although it would be better understood as a reflection of the ECB having learned from the mistakes of the past..

European central bankers have agreed and voted to lift their inflation target from a slightly ambiguous “below but close to 2%” up to exactly the level of 2% following the first review and overhaul of its monetary policy strategy since 2003 and shortly after the formation of the Euro currency.

It may seem to readers like small beer and an act of splitting hairs to have any fanfare at all over a few basis points worth of difference in an inflation target, if that concept itself isn’t an obscurity, but the implications of Thursday’s announcement are significant for financial markets in the Eurozone as well as far afield and could remain so for years to come.

“The big cyclical/policy differentiator [in the currency market] is the underlying relative level of growth (which remains wide and where the US still substantially leads), as well as the historical success in generating inflation,” says Daniel Hui, an analyst at J.P. Morgan in a recent note.

“It is these two factors, rather than quarter-to-quarter volatility in sequential growth, that will determine the pecking order of central banks’ moves towards normalization, and hence relative currency performance,” Hui says subsequently.

For readers’ background, central banks are generally seeking to raise inflation when they reduce interest rates or enhance other macroeconomically supportive policies, and vice versa as it’s inflation pressures that monetary policymakers are charged with managing. 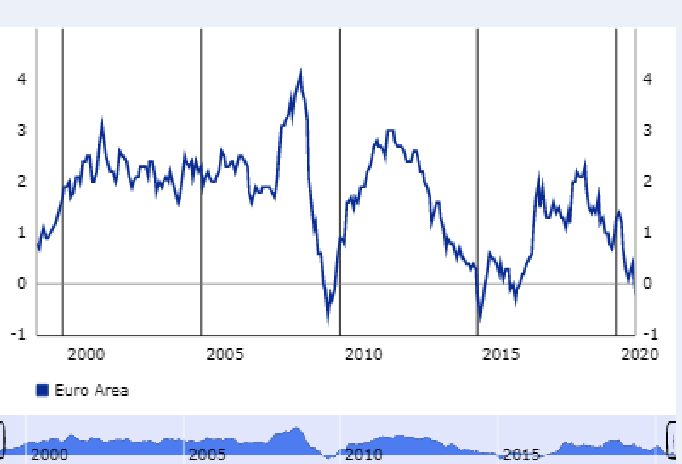 Europe’s inflation rates have remained trapped below even the ECB’s earlier targeted levels for almost all of the time since the Eurozone debt crisis which followed on from the global financial catastrophe of 2008, in contrast to outcomes in the U.S., UK and other economies.

Those latter countries have, however, also experienced generally lower levels of inflation in what has been a global trend of disinflation, the causes of which remain the subject of intense debate in financial, economic and policymaking circles.

This has necessitated a period spanning the best part of a decade in which Eurozone interest rates have been cut ever lower including below zero and eventually saw the ECB resort to money printing on a scale that few other central banks have.

But with the bank now targeting an even higher level of inflation what almost inevitably awaits is an even further prolonged period of low interest rates and QE than the already-lengthy expanse of time over which investors and traders saw the ECB continuing with current policies.

“This explicit reference to a temporary overshoot is not Fed-style inflation averaging. The ECB does not seem to be aiming explicitly at such an overshoot. But the ECB is signalling an even stronger tolerance of a temporary overshoot than we had expected,” says Holger Schmieding, chief economist at Berenberg.

“In a nod to the German constitutional court, Lagarde emphasised that the ECB will always include an assessment of the proportionality of its actions before taking a policy decision,” Schmieding adds.

Thursday’s announcement from the ECB is all the more significant because included alongside the new and slightly higher inflation target was a commitment to interpreting that target in a “symmetric” manner and explicitly seeking a period in which it tolerates the actual levels of inflation produced by the Eurozone economy being elevated above the target before lifting its interest rates.

This is something which could yet even further prolong the period over which it’s necessary for the ECB to support the economy with the government bond purchases carried out under its QE programme. 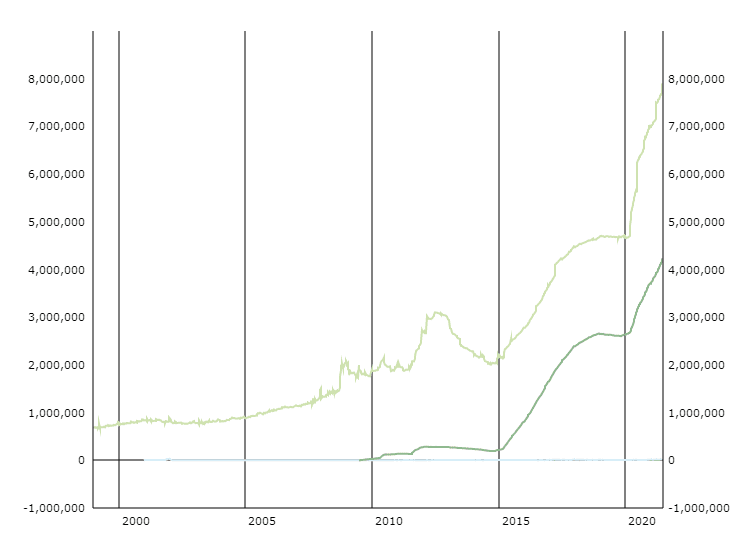 Greater tolerance for above-target inflation makes the new strategy similar in its implications to - though not the same as - the approach adopted last year by the Fed and could easily be interpreted by some observers as something of a direct response to that, although ECB President Christine Lagarde set out in a press conference on Thursday exactly why Frankfurt might be willing to tolerate higher inflation in future.

“We also acknowledge that, given the effective lower bound which constitutes a constraint on us, we have to take some special action to restore the symmetry if you will. And to that end we recognise that in case of adverse shocks it will require especially forceful or persistent action on the part of the ECB, and we also acknowledge that this may imply transitory periods where inflation is moderately above targets,” says ECB President Christine Lagarde, in a press conference following the announcement.

President Lagarde went on to explain in slightly different terminology that with the ECB’s interest rates and Eurozone’s bond yields at or near to their current record lows the bank cannot afford to gamble with the scarce inflation pressures it’s looking to foster and sustain with its monetary policies as they slowly but steadily return to the continent, which it would do by ending its QE programme or lifting interest rates too soon.

The Bank did infamously do the latter under predecessors of President Lagarde and today’s Governing Council during the debt crisis era, in what was a controversial policy mistake that Frankfurt can ill afford to make again, and one which Thursday’s announcement suggests the bank has learned from.

“You know there are multiple ways to deal with the effective lower bound and this is something that many central banks around the world are facing at the moment in these circumstances of low interest rates and our response to that effective lower bound - which we account for, which we acknowledge - is this especially forceful or persistent reaction in order to avoid that low inflation actually entrenching inflation expectations at a lower level than our target,” President Lagarde explained.