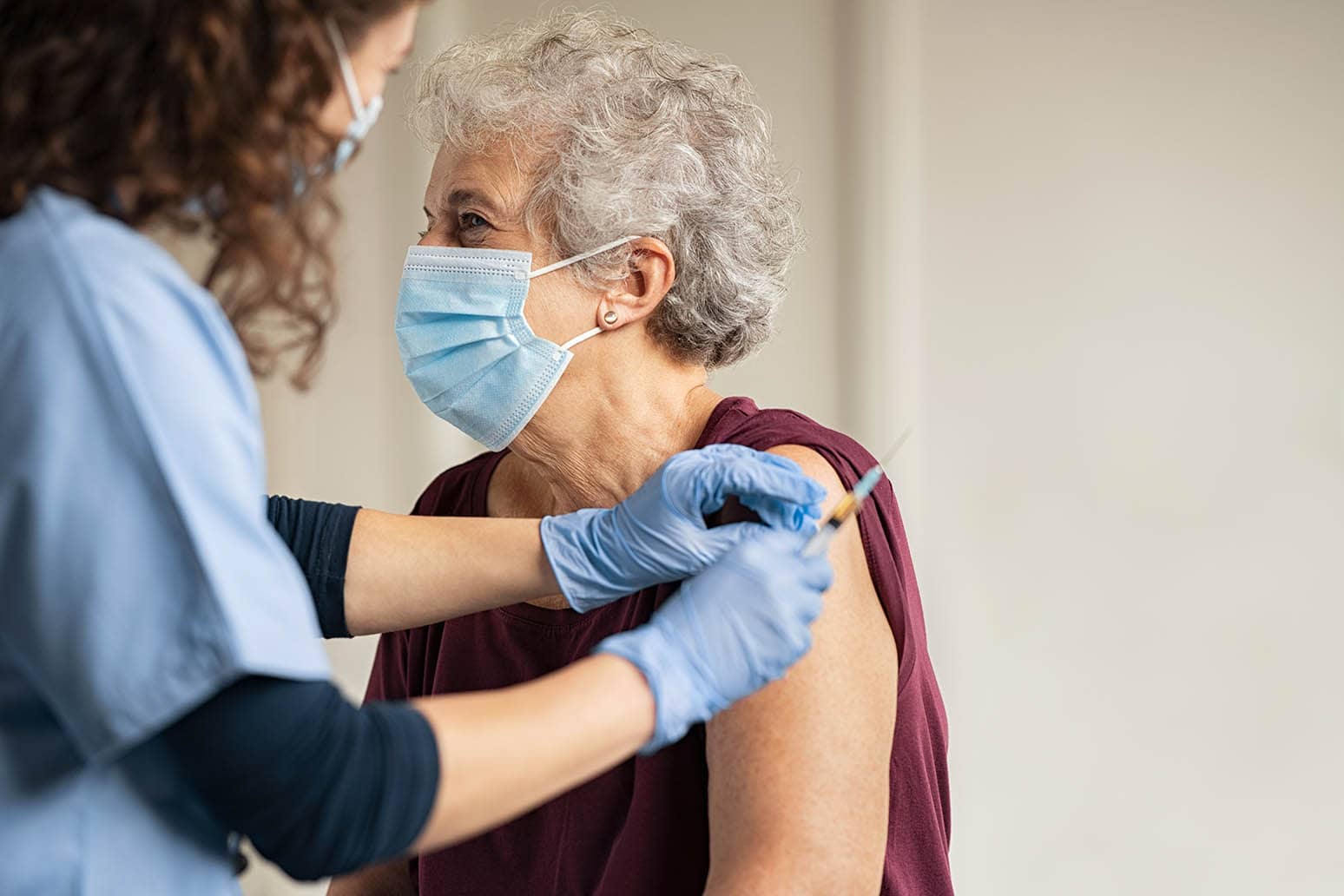 A weakening Euro has allowed the British Pound to push to its highest levels since April 2020, but one major foreign exchange analyst we follow is warning that the UK currency is beginning to look overvalued against the Eurozone's single currency.

A number of commentators we following say that much of the single currency's underperformance has to do with the region's slow vaccine rollout that has seen 5.0% of the population receive a first dose of a covid-19 vaccine.

This sets up an unfavourable contrast with the UK's rapid vaccine rollout which means a quarter of the country's population has now received one dose of the vaccine, meaning the country could unlock on a more sustainable basis over coming weeks. 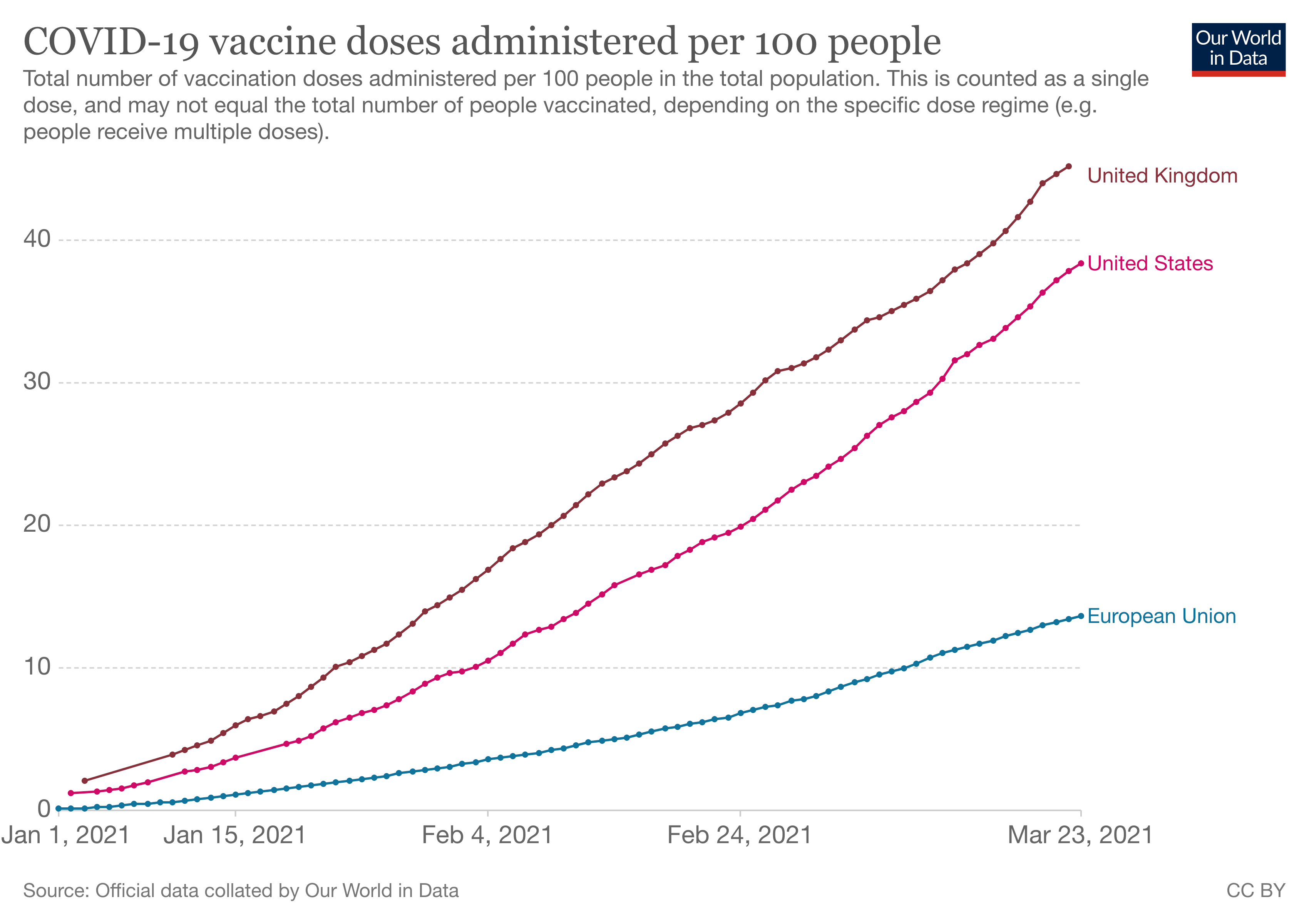 The Pound-to-Euro exchange rate reached 1.15 in mid-week trade having advanced a quarter of a percent, taking the money transfer rates offered by banks into the 1.12-1.1280 bracket and the rate offered by foreign exchange specialist providers into the 1.1380-1.1420 bracket.

Higher levels are possible, particularly should the Euro continue to struggle against the Dollar.

Some analysts are saying the Euro was getting too expensive - particularly against the U.S. Dollar - towards the latter part of 2020 following an impressive run higher.

This is a view that will chime with that of numerous officials at the European Central Bank who have expressed discomfort with EUR/USD going above 1.20.

The decline in EUR/USD from multi-year highs at 1.2350 on January 06 to current levels around 1.20 28 is having a mechanical impact on other major Euro exchange rates, the Euro-to-Pound rate included.

Foreign exchange analysts at JP Morgan say the Euro was looking overvalued relative to fundamentals at the start of the year and that a comedown was likely given that some of the factors that drove the single currency's strength in 2020 have now been effectively neutralised.

"Price action over the past few weeks has been a little more sympathetic to our view that the air was getting thin for EUR/USD and that consolidation with a modest negative bias was a more probable scenario," says Meggyesi.

According to analysis from JP Morgan, the Euro was starting to look expensive on a number of metrics including on economic growth forecasts.

In short, expectations for Eurozone economic growth do not necessarily justify recent levels in the Euro.

JP Morgan have meanwhile upgraded their British Pound forecasts for the near-term, but maintain a view that over the medium-term the UK currency will struggle unless the UK economy can start outperforming its main peers.

"A quick start to vaccine rollouts and the BoE signalling it is unlikely to need negative rates has boosted GBP," says Meggyesi. 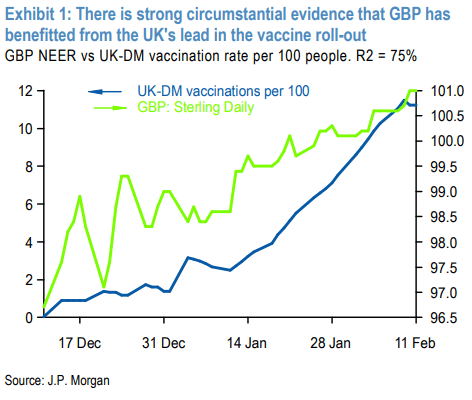 But the analyst says medium-term outperformance by the Pound will depend on breaking its track-record of lower trend growth.

"While Brexit may have been overshadowed by the drama of the pandemic, this has been and will remain a drag on potential UK growth," says Meggyesi.

The forecasts are currently higher than where spot rates are, suggesting a Sterling comedown is possible if this particular viewpoint is proven correct.

Francesco Pesole, FX Strategist at ING Bank says following a 3.0% rally in 2021 the Pound could be at risk of looking overvalued against the Euro.

"Sterling has recently moved into overvalued territory vs the euro, according to our model. Sterling has usually shown a tendency to overshoot on the undervaluation side in the past few years, largely on the back of Brexit uncertainty. With this factor out of the equation now, we could see more GBP overvaluation overshoots instead," says Francesco Pesole, a foreign exchange strategist with ING Bank.

Any prospect of such an overvaluation extending will likely lie with the ability of the EUR/USD to keep falling, as detailed above.