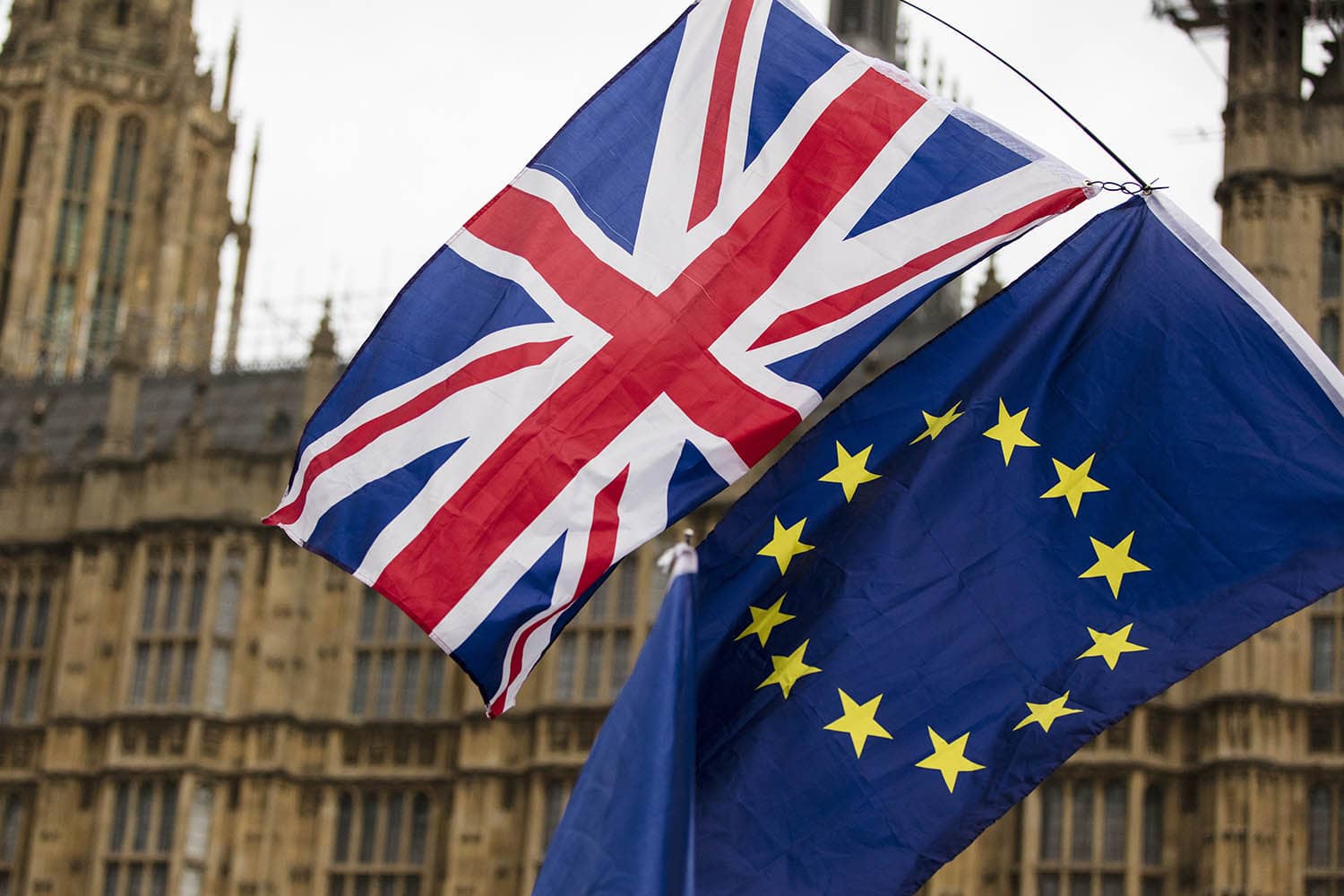 The Pound-to-Euro exchange rate popped higher and then fizzled on Wednesday following reports that a Brexit trade agreement has been reached between Britain and the European Union, with the tepid response potentially reflecting uncertainties about the agreements' contents and path to ratification.

Pound Sterling led the major currency class higher in a global rally against the U.S. Dollar as multiple news outfits cited unnamed officials as confirming that a trade agreement has been reached, although the Pound-to-Euro rate failed to reach even December's earlier high in its subsequent rally.

The Pound-to-Euro rate was 0.74% higher at 1.1076 for the session but unchanged for the week, while strength had already begun to ebb from the market moments after the speculation landed on the wires.

A whole host of analysts have long warned that the anticipated Brexit agreement would lead to a slow but steady erosion of the highly interconnected relationship between the Britain and the EU, so many had anticipated that the eventual accord would lead to only a limited relief rally for Sterling. 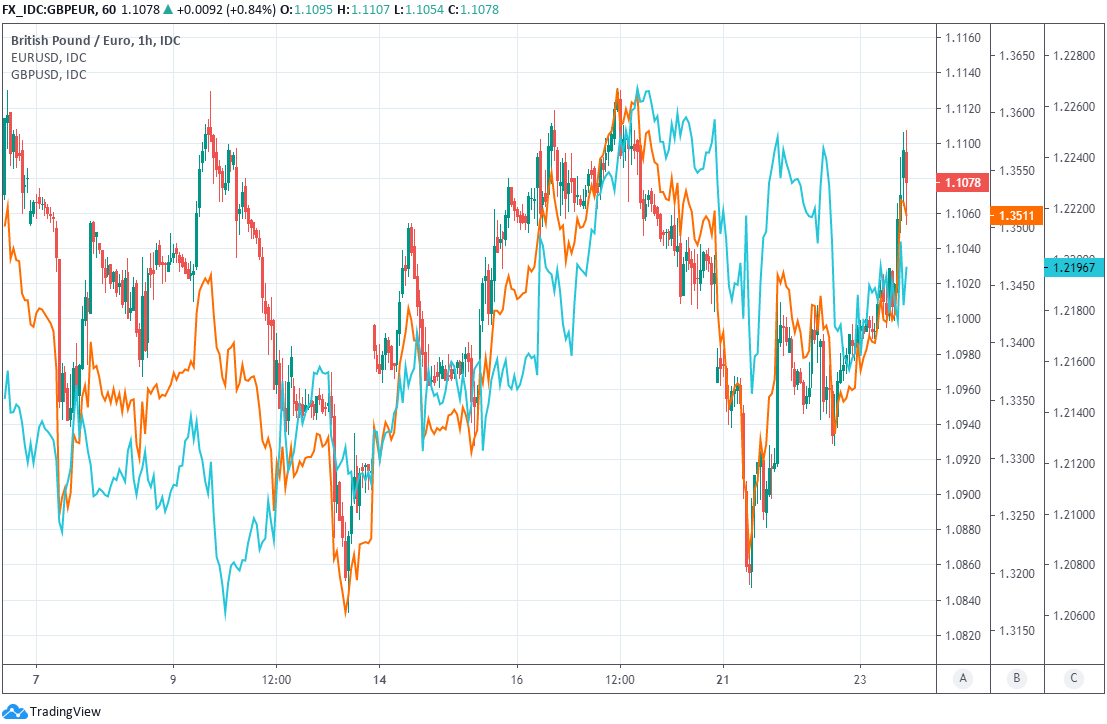 Above: Pound-to-Euro rate in red and green candles with GBP/USD (orange) and EUR/USD (blue) at hourly intervals.

Thus far in the immediate aftermath, that outlook appeared to have been on the money, although it's also possible the restrained response is simply the result of residual uncertainties over the exact shape of the future relationship and its prospects for approval in the UK parliament as well as those in Europe.

"I should expect GBP/USD to trade to the mid-1.40s next year IF there's a deal,," says Kit Juckes, chief FX strategist at Societe Generale, in a morning note to clients. "We'll have to wait and see if we get a US fiscal deal that is actually signed by the President, or an EU/UK trade deal. It would be nice to put these two thorny issues to bed in time to focus on Christmas."

Muted price action may also reflect reduced trading volumes ahead of the festive break and a resulting reticence among a lesser number of active investors and traders to get involved given the potentially bumpy path ahead. Uncertainties remain and volatility could be likely ahead.

Now comes a period of review and, if all goes well for Sterling, a process of ratification that must be wrapped up before the December 31 expiry of the Brexit transition period. This is still a developing story.

"Trade is pretty thin and the motivation for market participants to get involved—unless they really have business to tidy up before year-end—is pretty limited," says Shaun Osborne, chief FX strategist at Scotiabank, in an earlier note. 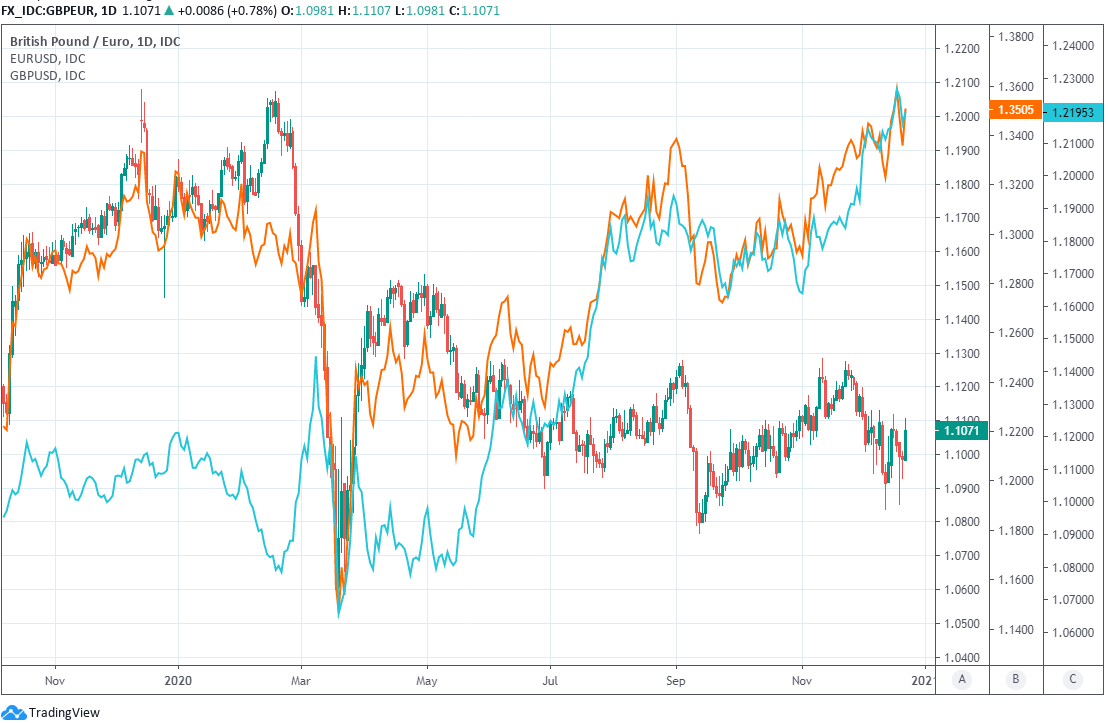 Above: Pound-to-Euro rate in red and green candles with GBP/USD (orange) and EUR/USD (blue) at daily intervals.