- Euro remains a laggard on FX markets
- Failure to establish a coronabond weighs
- Divide between northern and southern EU states needs to be crossed
- A unified, credible plan could aid EUR recovery 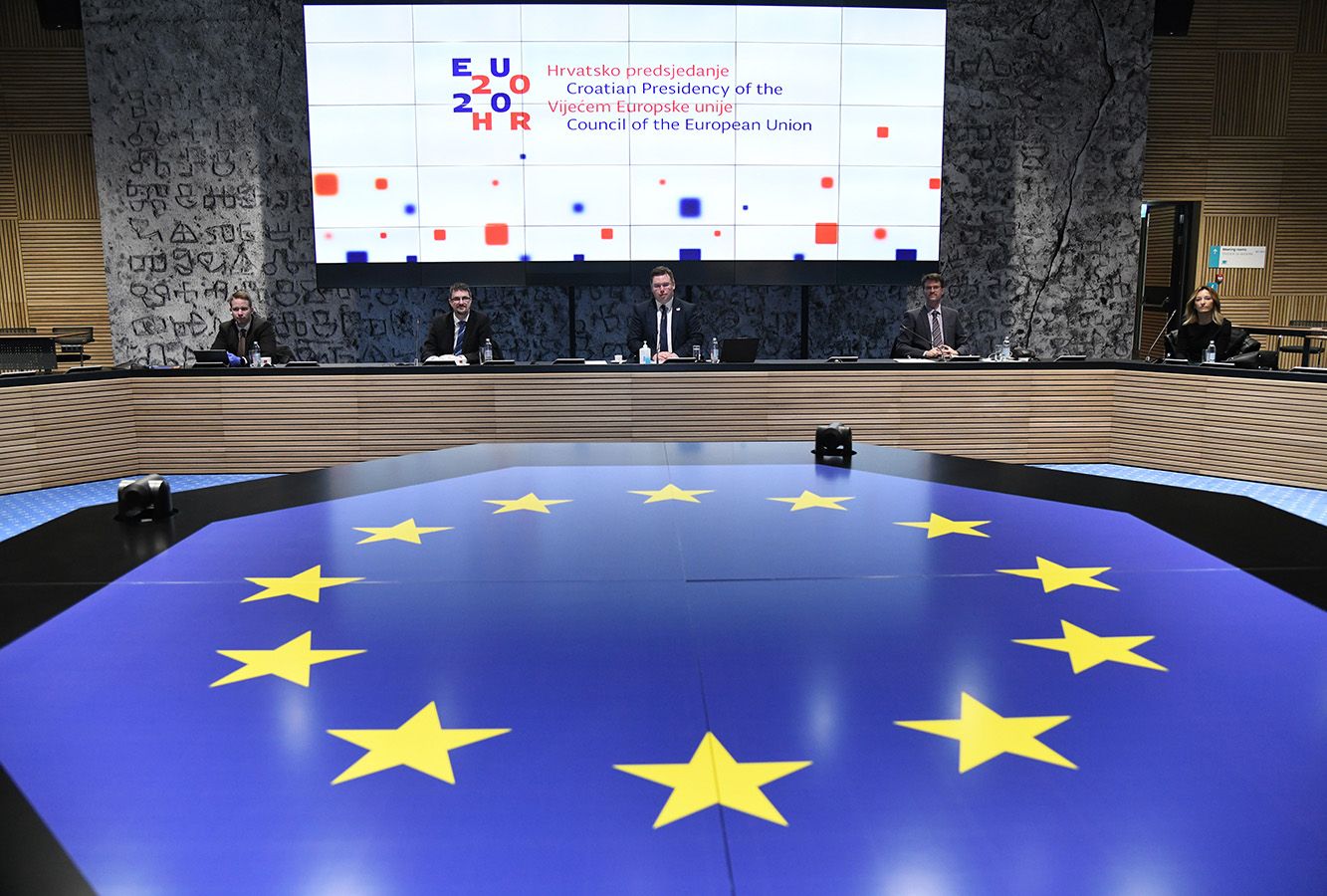 The Euro extended a multi-day losing streak against the Pound, Dollar and the majority of the world's leading currencies on Thursday and remains poised for further weakness, amidst the market's growing frustration over the Eurozone's inability to adopt a united approach to fighting the economic damage caused by the coronavirus pandemic.

A joined-up fiscal response is believed to be the most effective response to a dramtic slump in Eurozone economic activity, leading many European nations including France and Italy, to promote the idea of creating a 'coronabond' in order to secure fresh funding that would flow to the region's weakest and hardest-hit economies.

A coronabond would however mean the pooling of risk by all Eurozone states, leading some Northern European states, most notably Germany, Netherlands and Austria, to resist the idea on the fear that they will ultimately fund the programme.

"We all know that the strength of a relationship can be severely tested during times of crisis. This is currently very obvious in the EU, and the euro is not taking it well. There is no agreement about how to support the member countries most badly affected by the virus," says Thu Lan Nguyen, FX Strategist with Commerzbank in Frankfurt.

The ability of global governments and monetary authorities to provide fiscal and monetary assistance to their respective economies at this time will ultimately limit the damage inflicted by the virus outbreak, as well as determine how quickly they recover.

For markets, this will become a key differentiator between various currencies, with those underpinned by credible policy initiatives likely to outperform. Hence, the ability of the UK and U.S. to deliver a unified fiscal and monetary response contrasts notably to the more fragmented approach of the Eurozone.

The Euro has now fallen for seven successive days against the Pound, with the Euro-to-Pound exchange rate now quoted at 0.8822, which gives a Pound-to-Euro exchange rate of 1.1332.

Against the Dollar we see the single currency losing momentum once more and the Euro-Dollar exchange rate has dipped below 1.10 to trade at 1.0948.

The single currency is in fact one of the worst performing G10 currencies of the past week, as per the below graph detailing its relative performance: 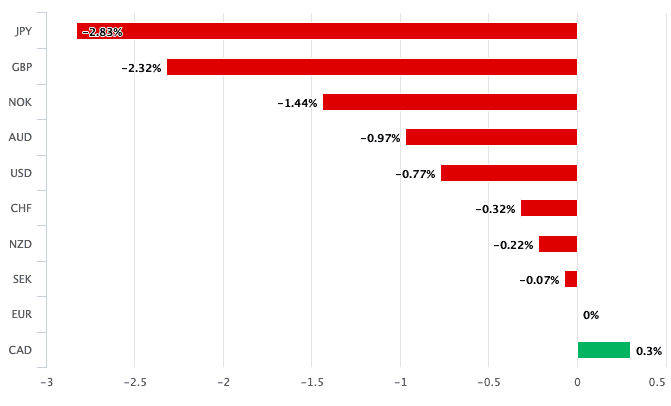 EU leaders are however still committed to finding a unified fiscal solution to the crisis and we believe any progress that is judged to be credible by the markets could spark a recovery in the Euro.

"In Europe, leaders are discussing ways to support the worst hit European countries, like Italy and Spain, ahead of the Eurogroup meeting. Proposals range from common debt issuances like Corona bonds to setting up an EU coronavirus support fund. Watch out for signals from European leaders, notably the German and French side," says Jens Peter Sørensen, Chief Analyst at Danske Bank.

Fears of a Breakup

Renewed efforts to establish a joined-up fiscal approach follows on from the March 26 meeting of EU leaders which failed to agree on the establishment of a coronabond, following a five-and-a-half hour video conference call.

"There are many countries pushing for so-called "corona bonds" which see fiscal risks mutualised without conditionality for individual states, together with a veiled threat that without this progressing smoothly then the likes of Italy could become upset enough to push actively for euro breakup down the line," says Shahab Jalinoos, Strategist at Credit Suisse.

A number of Italian politicians from across the spectrum this week made a direct appeal to the people of Germany to consider backing a joint Eurozone response to the economic damage wrought by the coronavirus.

The group of 12 Italian politicians wrote an open letter in the Frankfurter Allgemeine Zeitung urging Germany to drop its opposition to the issuance of a coronabond:

"Dear German friends, with the coronavirus the shared history of the Western world has once again taken centre stage.

“Today the EU does not have the means to respond to the crisis in a united front. If it does not prove that it exists, it will cease to exist.” 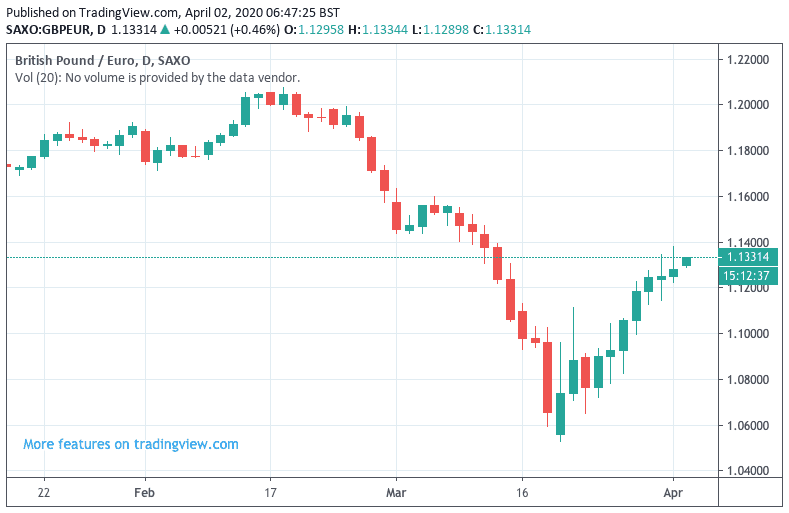 "The crisis in Italy has also rekindled fears about a breakup of the single currency. In an environment with at least a residual focus on self-imposed constraints such as EU budget rules and ECB issuer limits, these fears could well grow further in coming weeks. But if the Euro area decided to view itself as an economic nation state—at least for the time of the outbreak and its aftermath—it would actually be in quite a strong position," says Jan Hatzius, chief economist at Goldman Sachs, in a recent research note.

The group of politicians meanwhile accused the Netherlands of "using its tax system to withdraw tax revenue from major European countries for years.”

"The Netherlands are currently leading a group of countries that oppose this strategy, and Germany also seems to want to follow this group,” reads the letter.

To date, the preferred course of action of the Dutch and Germans is for Europe to rely on the European Stability Mechanism, the Eurozone's €500BN bailout fund.

"The inability of the Eurozone authorities to agree on a strong fiscal stimulus, particularly compared with decisive action in the US and the UK, and concerns about Italy's solvency, particularly after Lagarde's unfortunate comment that the ECB's role was not to close spreads, have also contributed to EUR weakness," says Athanasios Vamvakidis, Global Head of Foreign Exchange Strategy at Bank of America Merrill Lynch. "In the short term, whether the aggressive measures that Eurozone countries have taken to contain the virus work or not will be crucial for the EUR and beyond."

Bank of America Merrill Lynch has downgraded its bullish forecasts for the Euro held at the start of 2020 owing to the coronavirus crisis. "We were already expecting EUR weakness in 1Q, but as COVID-19 became a global pandemic, the downside risks for the currency have increased," says Vamvakidis.

The question of the coronabond has now been pushed into the future and EU finance ministers are set to meet on April 07 to decide which path to take.

With countries like the U.S. and UK establishing a joined up fiscal and monetary response to support their respective economies, the inability of the Eurozone to follow suit could aid further Euro weakness against Sterling and the Dollar over coming weeks and months.

A global recession that will include the U.S., UK and Eurozone is now all but assured and for markets it is the speed with which countries exit the slump that could be the differentiating factor for currencies for the remainder of 2020. Those currencies belonging to countries that can offer their economies a substantial fiscal and monetary boost are likely to outperform.

Credit Suisse tell clients that for the Euro to make a material push higher, "some form of progress towards the path of what markets can call debt mutualisation needs to emerge, especially while the euro area growth outlook is shocking and inflation expectations are crushed too."