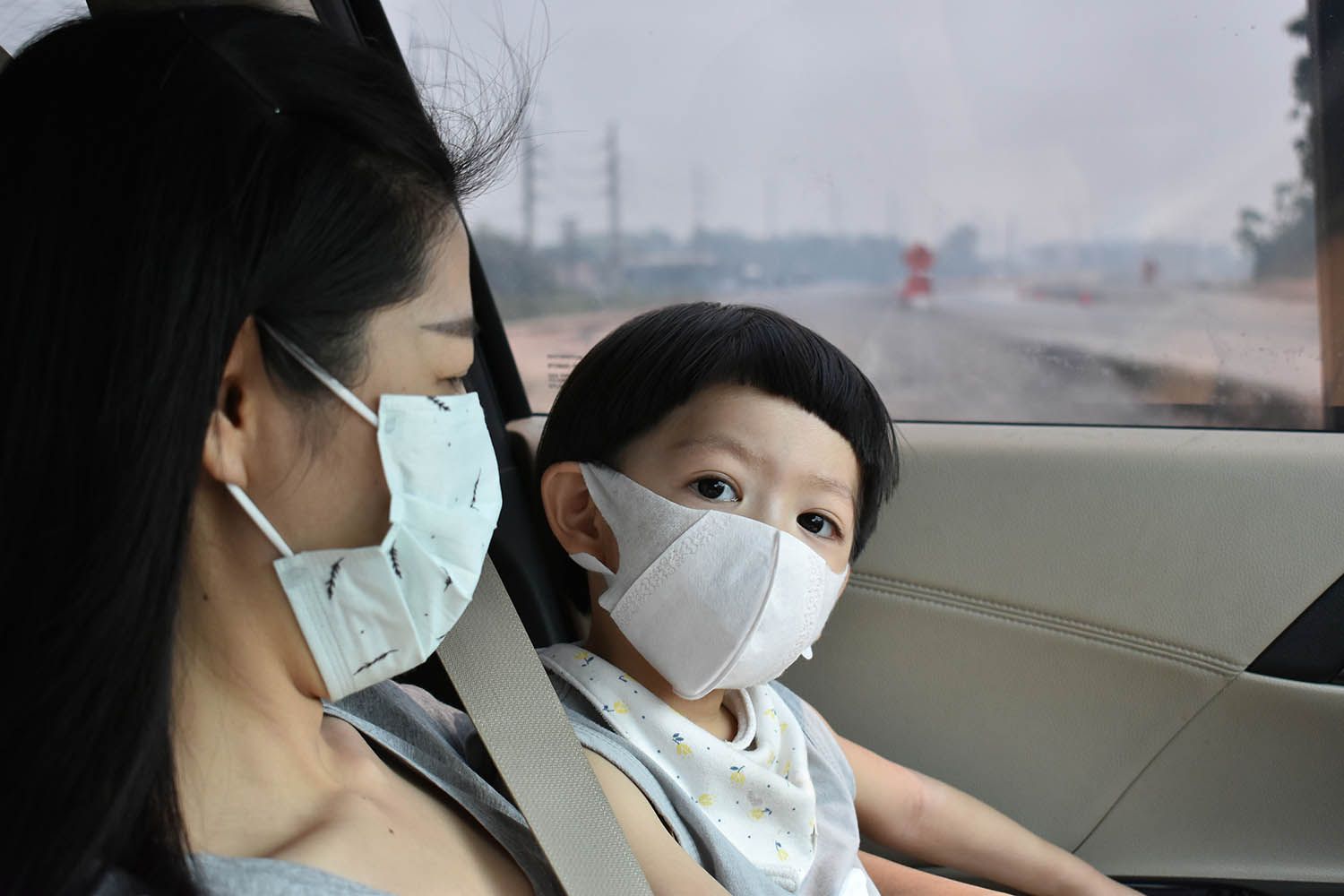 Foreign exchange analysts at one of northern Europe's largest lenders, Nordea Markets, have adjusted higher their forecasts for the British Pound against the Euro, citing the impact of the Coronavirus outbreak for the decision.

"We adjust GBP in a slightly stronger direction as the political instability around the Brexit 2.0 negotiation is not a market theme short-term. Wuhan/China is more important negative news for EUR than GBP," says Jan von Gerich, Chief Analyst at Nordea Markets.

The call comes as global stock markets trade in the red on Monday, February 24 amidst signs that the coronavirus outbreak is spreading beyond China with a rise in cases and deaths in South Korea, Italy, Iran and other countries suggesting this is now a global pandemic. Indeed, Professor Devi Sridhar, director of Edinburgh University’s global health governance programme, said "the window of opportunity to contain the outbreak is closing very quickly.”

The Pound-to-Euro exchange rate is trading at 1.1950 at the start of the new week, having fallen below the psychologically significant 1.20 level on February 19, however the UK currency remains relatively well supported against its European counterpart and is still over a percent higher for 2020.

One of the reasons for the Pound's advance is the relative outperformance of the UK economy over that of the Eurozone: the UK is seeing a post-election bounce in confidence while the Eurozone economy remains stuck in a low gear in part due to the effects of fears of the coronavirus.

An unprecedented shutdown in China - aimed at stemming the spread of the disease - has inevitably meant that global trade will slow sharply in the first half of 2020, which is bad news for economies such as Germany which are dependent on both demand for final goods from China, and the provision of intermediate goods for German industrial output.

"The Corona virus more of an issue for the EUR ... given that the EUR is closer linked to world trade," says von Gerich.

The call by Nordea Markets comes as Italian officials cut short the Venice Carnival as they try to control what is now the worst outbreak of the coronavirus in Europe.

Authorities in the Veneto region said the event would end later on Sunday, two days earlier than scheduled.

Italy has by far the highest number of coronavirus cases in Europe, with 152 cases and three reported deaths.

Two regions close to Milan and Venice have meanwhile imposed strict quarantine restrictions, a move if repeated that could have a real direct impact on Eurozone economic activity.

According to the BBC, about 50,000 people cannot enter or leave several towns in Veneto and Lombardy for the next two weeks without special permission. Even outside the zone, many businesses and schools have suspended activities, and sporting events have been cancelled including several top-flight football matches. 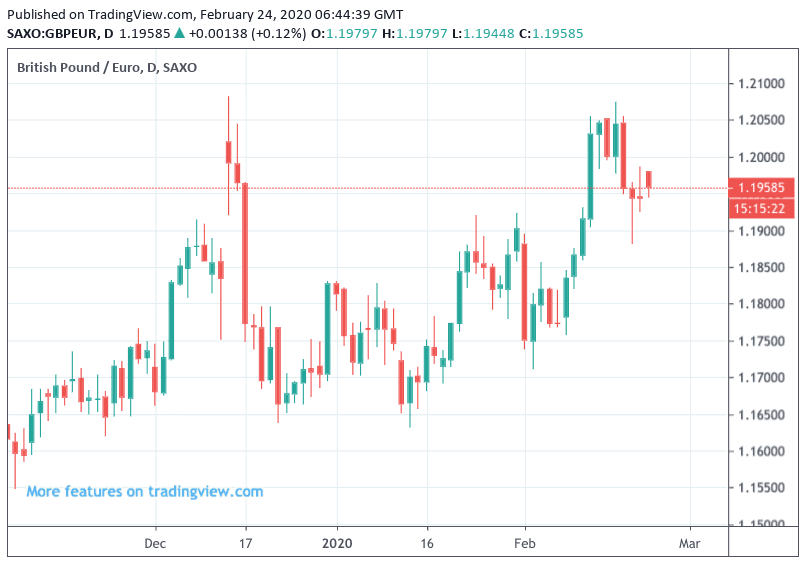 We would therefore look for the Pound to remain relatively well supported against the Euro in any instances of negative market reaction to the virus outbreak, by all accounts the full impact is yet to be known as it is only now that the impact is being reflected in Western data releases and corporate earnings reports. While China has been fighting the outbreak they have been coy about the full impact of the disease, making the market's ability to arrive at its own judgements difficult. In short, there might be more adjustment by markets over coming days and weeks.

The Euro exchange rate complex came under sustained pressure early last week following the release of data that showed the German economy continues to slow, leading one analyst to warn the country now risks becoming the "sick man of Europe.

ING economist Carsten Brzeski says Germany is now in danger of becoming the "sick man of Europe" unless structural reforms and investment are undertaken. 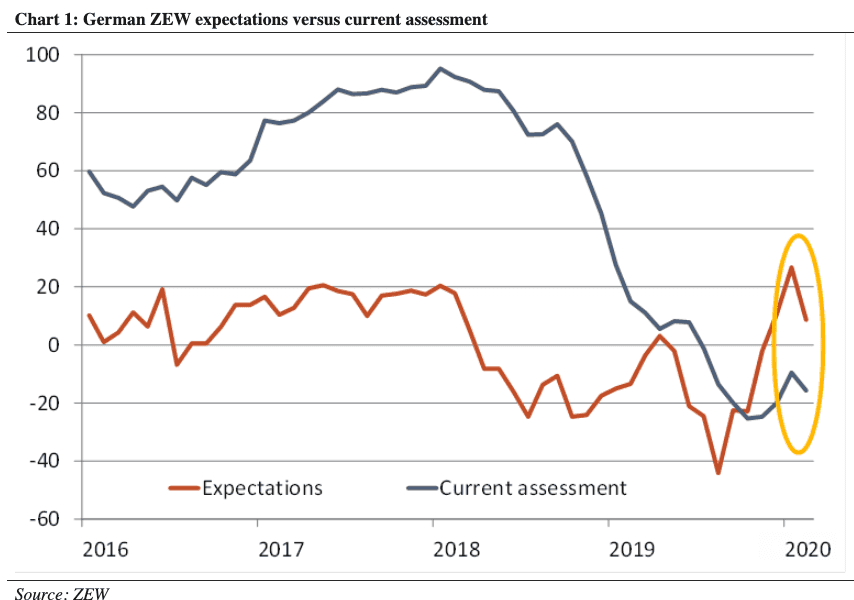 Above: Confidence in the German economy had started to recover but the outbreak of the coronavirus is now apparently starting to weight. Image courtesy of Berenberg Bank.

According to those who responded to the ZEW survey, the coronavirus outbreak will be particularly felt by Germany’s trade-dependent sectors, such as automobile and electronics.

"China is Germany’s second largest extra-EU trading partner and an integral part of global supply chains. We estimate that the corona effect will reduce German GDP growth by 0.1ppt in Q1," says Florian Hense, at Economist at Berenberg Bank.

The Pound-to-Euro exchange rate is forecast at 1.19 in three months at Nordea Markets, this target is up from a previous forecast of 1.1364.

By year-end Nordea Markets forecast the exchange rate at 1.1628, unchanged from previous forecasts.