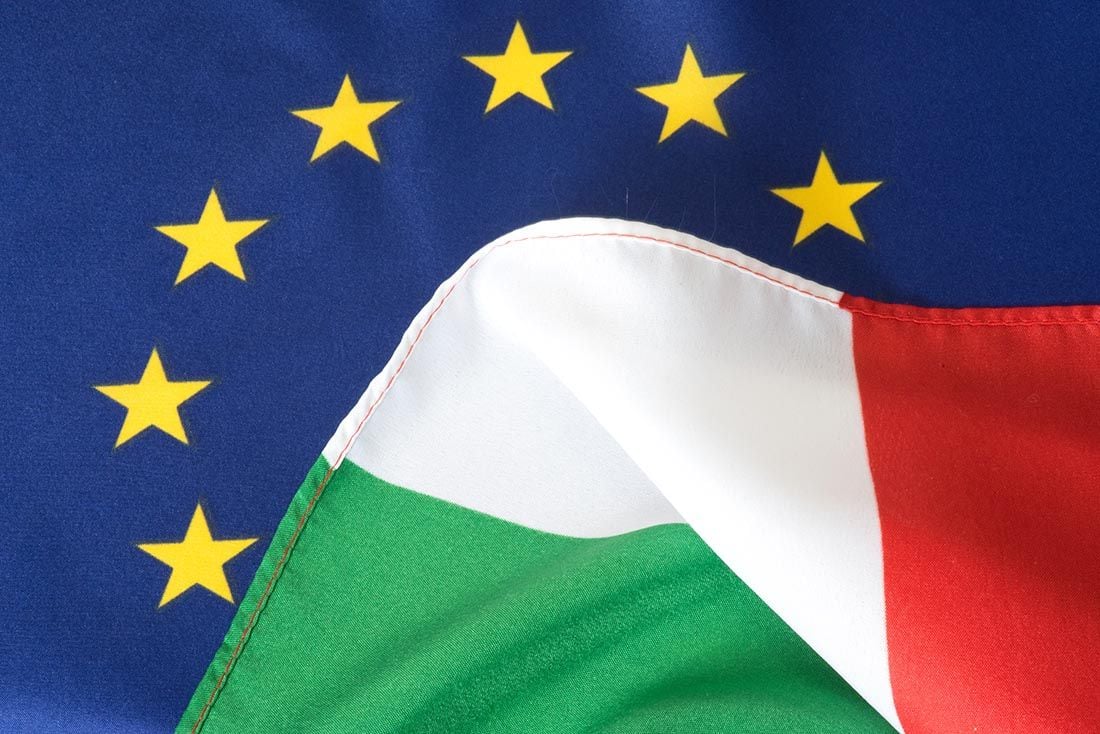 - Rising Euro could pressure GBP/EUR down to 1.10

The Euro exchange rate complex was seen outperforming mid-week as markets unwound a stack of bets against the single-currency in the wake of news of progress on the standoff between Brussels and Rome over the Italian budget.

Markets had headed into this week heavily positioned against the Euro i.e. the market was holding substantial bets against the currency meaning any good news could trigger a rally,

And, news that the EU and Italy have agreed an Italian budget deficit of 2.04%, down from 2.4% previously, appears to be the trigger to Euro strength.

Zach Pandl, an economist with Goldman Sachs says while there are some further hurdles to overcome concerning the matter, "the news should help remove risk premium from EUR."

Pushing an agreement on the budget appears to be the settling of the deficit target at 2.04% (from 2.4% originally) and bringing the structural deviation down to zero (from a deterioration of 0.8pp previously).

The budget also assumes more realistic GDP growth assumptions and income will be realised from further public real estate sales and a delayed implementation of the pension reform and citizen income to March.

However, Aila Mihr, an analyst with Danske Bank says the agreement has more to do with politics, notably the Yellow Vest movement in France appears to have strengthened Italy's hand.

"We think recent changes in the wider European political landscape were a key factor behind the Commission’s budget leniency," says Mihr. "There is no doubt that Macron’s policy shift has weakened the Commission’s hand in the Italian budget fight."

In response to the recent Yellow Vest protest, French President Macron announced a range of income boosting measures worth €10bn, which could bring France’s 2019 deficit up to 3.4% and thereby be in breach of the EU’s 3% limit.

Commissioner Moscovici hinted that due to the general anti-austerity mood, the European Commission has chosen dialogue instead of rule rigidity.

This therefore looks to be a political retreat by the European Commission, and a handy win for the young Italian government who might have expected a more protracted battle on their hands.

After the news of a breakthrough there was a notable reaction on financial markets with Italian bond yields dropping sharply and the premium between Italian and German debt falling.

"The EUR likes the headlines and we still like a run towards 1.1450," says Mark McCormick, North American Head of FX Strategy with TD Securities.

A rally in EUR/USD to 1.1450 will certainly aid the EUR/GBP exchange rate and put pressure on Sterling which is stuck in a wait-and-see holding pattern as further details concerning Brexit are awaited.

Manuel Oliveri, a FX Strategist with Crédit Agricole is however of the opinion that the Euro's rally might be limited in nature. "Italy reached an informal accord with the EU on its budget plan for next year. While easing political worries shouldprove beneficial to the single currency more will be needed in order to trigger additional upside," says the analyst in a briefing to clients.

Karen Jones, a technical analyst at Commerzbank tells us the Pound can expect further losses against the Euro and GBP/EUR might extend back to 1.10 first, and potentially beyond to 1.09.

The analyst believes the Euro will continue to hold the advantage as long as the GBP/EUR exchange rate remains below the 1.1185 October low. 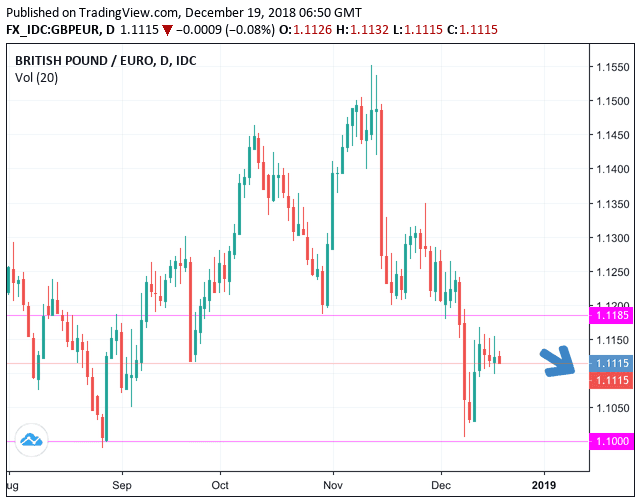 One of the main advantage when looking at the markets from the perspective of technical analysis is that a narrative is not required to understand market sentiment.

This is particularly useful in the current Brexit climate where headlines regularly roll off the newswires making it difficult to play the Pound on a fundamental basis.

With this in mind, Jones argues the recent move lower in the GBP/EUR exchange rate "does looks directional" and she would expect to see the market challenge the 1.10 August low.

We reported earlier this week that the 1.10 level represents a significant level of support for the exchange rate, and it is therefore likely to struggle to go below here.