- Surprise fall in sales in March put down to bad weather

The Pound fell after the release of disappointing Retail Sales data from the Confederation of British Industry (CBI) on Wednesday.

The data showed a -8 result in March compared to a year ago, when economists had forecast a much stronger +7 from the +8 in February.

The data suggested a substantial slowdown in consumer spending which will not help increase confidence in growth or lead the Bank of England (BOE) to consider another rise in interest rates.

Since interest rates drive currencies the result led to a marginal sell-off in both of Sterling's main pairs. 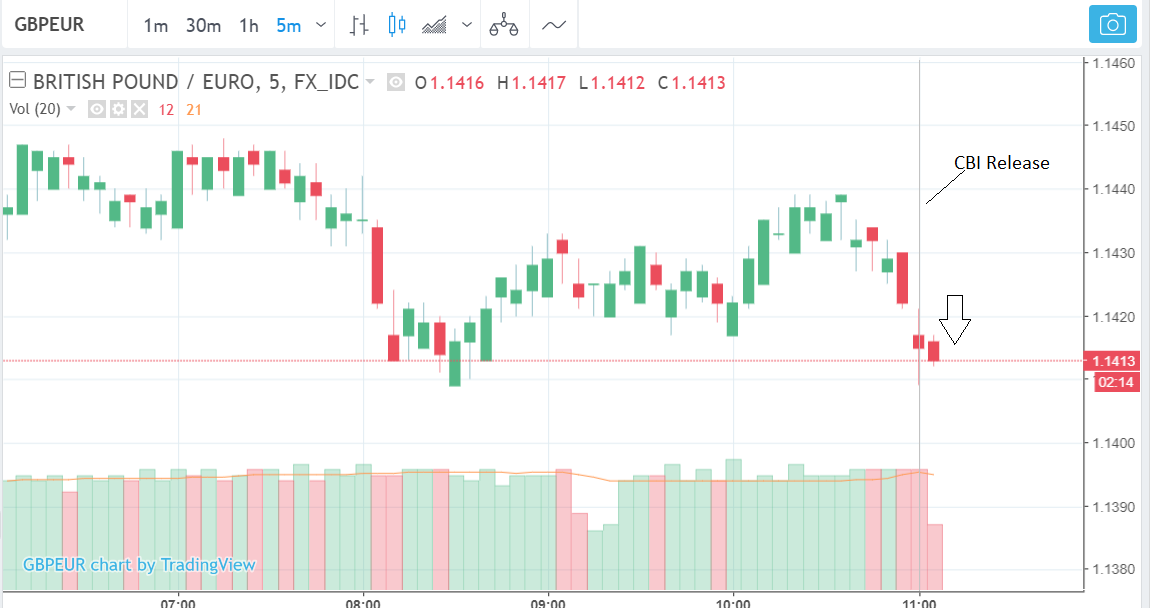 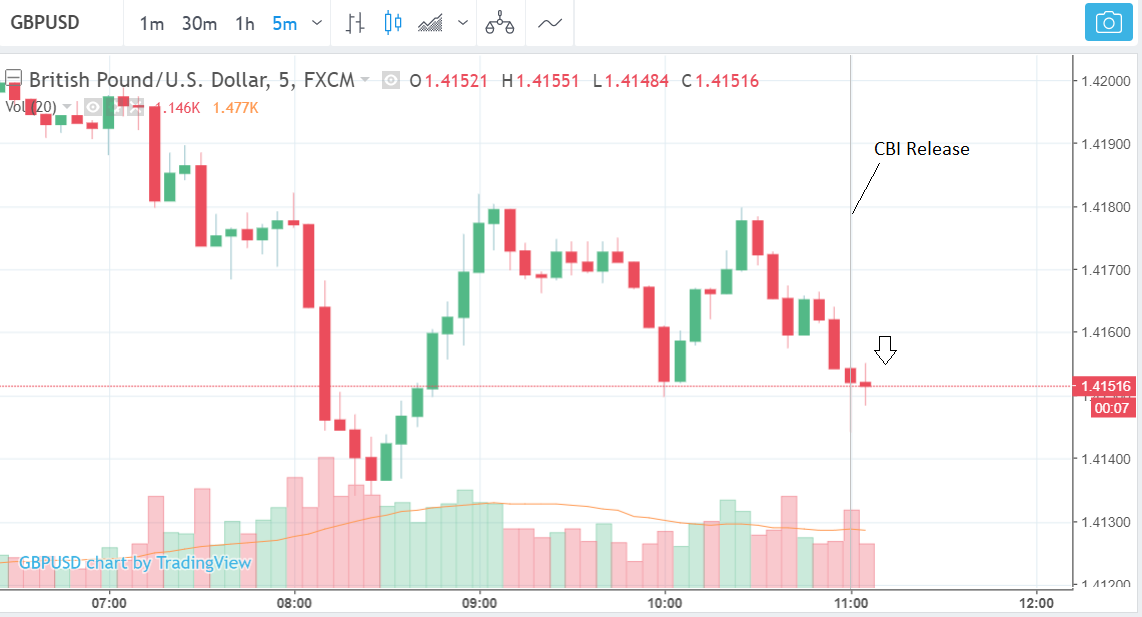 The CBI put the slump in sales down to the inclement weather and the various 'beasts from the easts' which hit the UK in late February and early March.

It was the first decline registered since October 2017 and the lowest level of sales since April 2013.

Sales at non-specialised stores such as department stores were the main culprit.

"Furniture & carpets, clothing, and other normal goods," were, "the main drags on headline sales growth," reported the CBI.

The CBI expects sales to grow next month but at a "subdued pace". 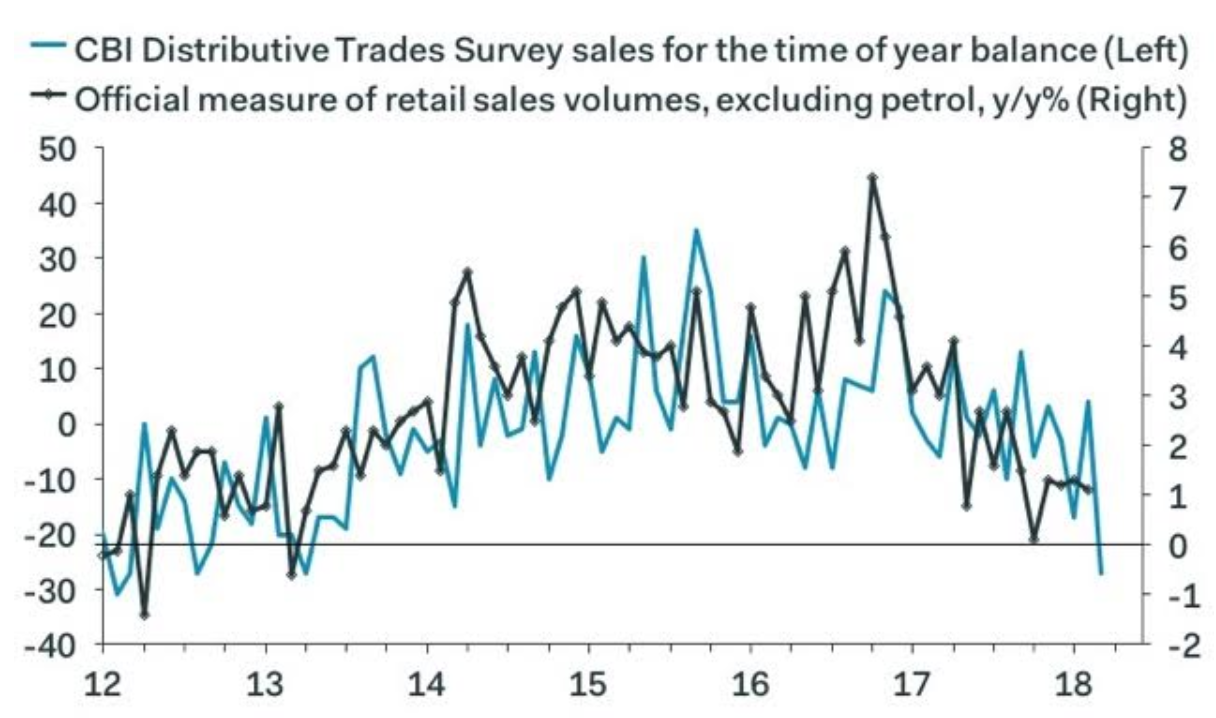 Online sales also fell in March and although they are expected to pick up in April they will remain "far below average," according to the trade body.

The weather was only one part of a complicated mosaic of factors which was driving a slowdown in retail sales and included, "a backdrop of stagnating household incomes and weak consumer confidence," says CBI principle economist Ben Jones.

"While the latest wage and price data point to the first green shoots of a recovery in real household incomes, any gains are likely to be modest, with conditions for retailers likely to remain challenging for some time yet," added Jones.

As far as the outlook for 2018: "we expect the recent squeeze on household incomes to ease in the months ahead, but with real earnings growth likely to remain tepid relative to pre-crisis norms, retailers and other consumer-facing companies will continue to operate in a difficult environment," he added.

The bad weather was clearly an important factor, according to Samuel Tombs, Chief UK economist at Pantheon Macro, who says the survey results may have been worse because they only encompassed a period up to March 14 and did not include the second half of the month when 'catch-up' spending after the thaw may have helped.

"Nonetheless, the underlying trend in real sales looks weak too. The balance of retailers expecting sales to increase over the next month dropped to +16, from +21, and was below its five-year average, +20. In addition, weak demand has meant that inventories have accumulated, putting pressure on retailers to discount," adds Tombs.

However, Andrew Wishart with Capital Economics is of the opinion that the outlook for the sector is bright.

"The severe weather at the start of March saw the CBI Distributive Trades Survey balances take a turn for the worse. But with the economic drivers of consumer spending finally showing signs of improvement, the weakness should prove temporary," says Wishart.