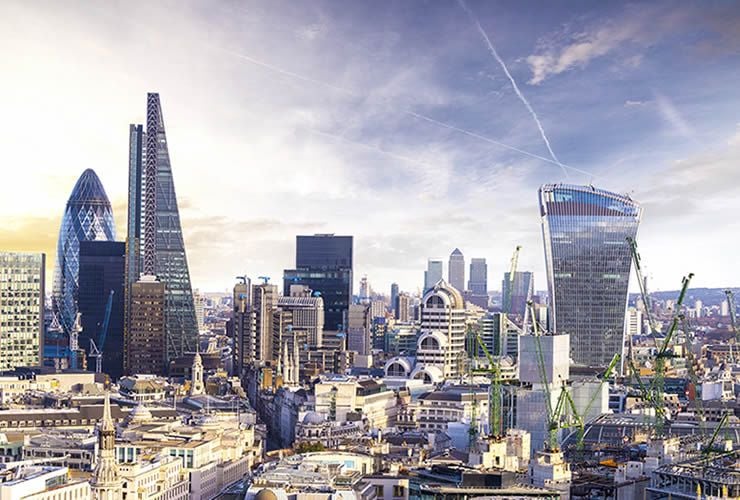 After years of disappointing wage growth, 2018 could be the year in which it finally accelerates notably.

Despite strong economic growth and falling unemployment in the UK over recent years, a lack of wage growth has baffled economists. However, there are signs that the lag between falling employment and rising wages might finally be closing.

Data for the three months up until November 2017, released on Wednesday, January 24, showed UK unemployment remained at a 42 year low of 4.3% with the economy adding 102k jobs in the period.

Wages (ex-bonus) rose by a higher-than-expected 2.4% - beating the 2.3% expert consensus in the process.

Whilst inflation is still at 3.0% and real wages are therefore still negative, or technically falling, one might be forgiven for saying "well done, but no cigar, I'm afraid." 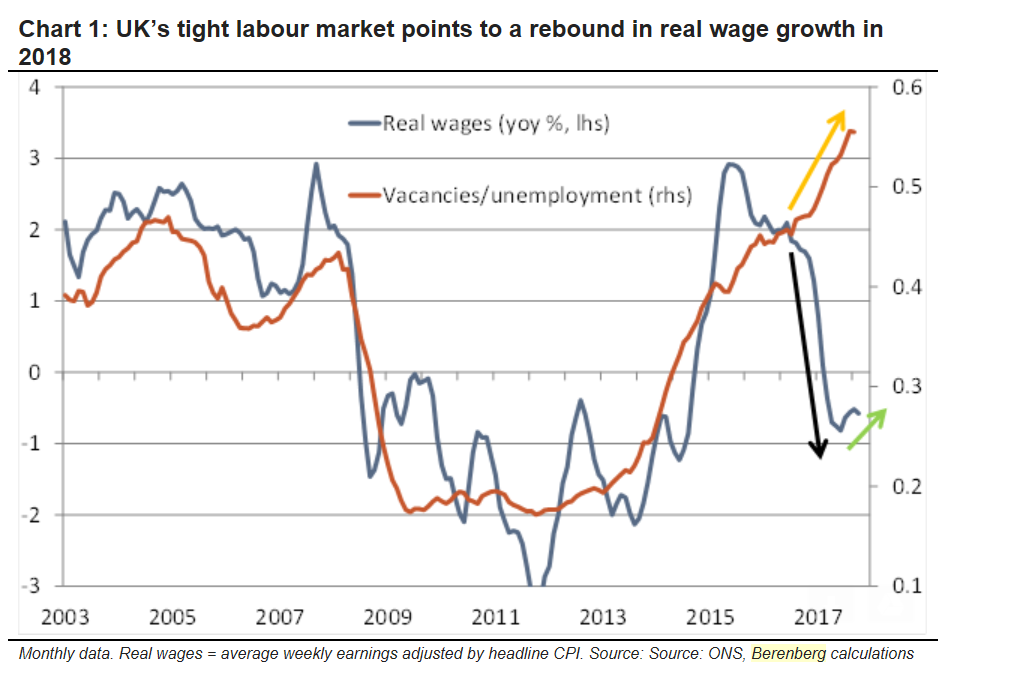 Initial reactions to the data by economists was positive; they agreed, for example, that this was now a sign that the UK labour market had reached 'full capacity' and that as a result wages would inevitably start to rise, inflation increase and the Bank of England put up interest rates.

There is a growing consensus that wages will finally pick up over coming months.

"Has the UK finally reached full employment? Yes, it would seem so. Strong labour demand is no longer driving employment up. Instead, the degree of mismatch between the skills of the remaining workers and the skills demanded by firms is widening, driving a modest acceleration in wage growth." Says Kallum Pickering, Senior UK Economist and Berenberg Associates.

Although wages have yet to really take off and accelerate higher Pickering now harbours the expectation that they will, its just a matter of time.

"As is often the case in economics, things take longer to happen than you expect, but when they finally happen, they happen by more than you had expected. Wage growth has languished so far during the post-Lehman upswing. However, following on from the upside surprise to domestic and global growth last year, wage growth could surprise on the upside this year," says Pickering.

Good for the Pound

The reason wage growth is so important to Sterling is that it tends to have a direct impact on inflation and inflation drives up interest rates.

Higher interest rates have a close correlation to rising currencies because the higher interest attracts foreign capital inflows drawn by the promise of higher returns.

Thus if UK wages really are set to rise, the Pound will, in all probability rise too.

Indeed, Pickering says that due to the new wage and employment data Berenberg have revised up their expectations that the Bank of England (BOE) will raise base interest rates only once in 2018 - now expecting the central bank to make two rises instead.

"It is becoming increasingly difficult for the BoE to justify its ultra-accommodative policy stance. We, therefore, look for two hikes in the Bank Rate in 2018, one in Q2 and one in Q4, followed by one in Q3 2019," says Pickering.

Two rate hikes in 2018 will almost certainly boost the Pound.

Other analysts concur: that UK wages are set to rise in 2018 because of the falling pool of available talent, is also, for example, the view of Unicredit's UK Economist Daniel Vernazza.

This month's labour report "is likely to bolster the MPC’s (BOE monetary policy committee) view that there is little – if any – remaining spare capacity in the labour market and that pay growth will pick up," he says in his response to the data.

Vernazza also says that his preferred gauge of wage inflation, 'private sector regular pay' is showing even stronger signs of an upsurge in pay.

"Our preferred measure of the underlying trend in wage growth is the annualized quarterly growth rate of private sector regular pay. It rose to a 4-month high of 3.5% in November 2017 and over the last 7 months, it has averaged a robust 3.2%, up from an average of 1.4% in the previous 5 months. It suggests the headline annual pay growth measure will pick up in the next few months, as the calendar rolls over," says Vernazza.

"Such an unemployment rate – matching the lows seen since the 1970s – has historically indicated a tight labour market and the likelihood of a rise in wage growth. Some signs of this were evident in the latest report." Says Sawjani.

Unemployment and Wages: an Uncertain Pairing

Whilst analysts appear extremely confident wages will rise as unemployment falls, and classical economics as well as past empirical evidence supports the theory that low unemployment stimulates wage growth, it is not always the case that this is so.

Japan is a good example of where extremely low unemployment has not led to higher wages and higher inflation.

Indeed, a similar dynamic appears to be at work in the US and Australia, both of which also have historically low levels of unemployment yet also low wage growth and low inflation.

One possible explanation for the change in the outlook for inflation is the current view prevalent in the markets that the world will enjoy increased economic growth in 2018, which will push up wages and inflation everywhere, including Japan, Australia and the US, and the low unemployment rate in those countries will finally lead to higher wages, just as analysts seem to think will happen in the UK.