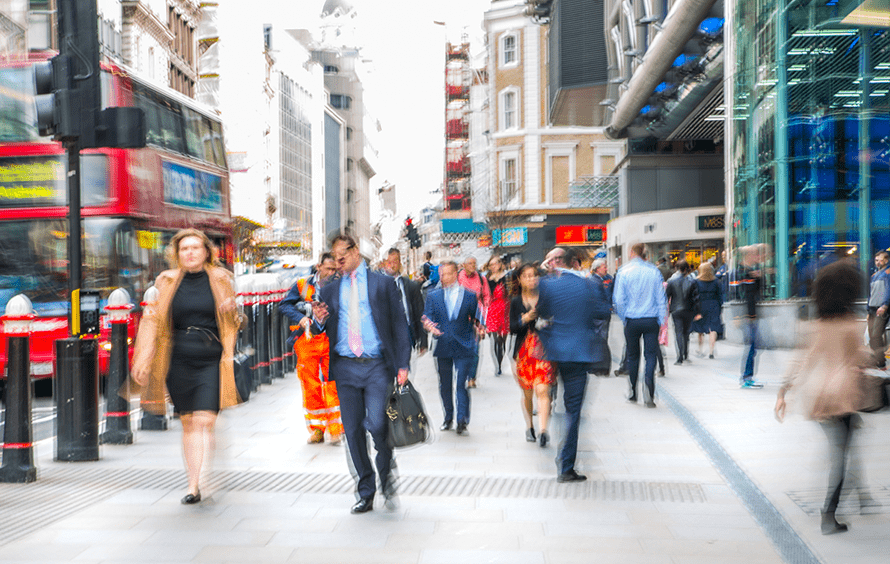 Pound Sterling was seen holding ground against the Euro and Dollar on Wednesday, July 5 following the release of this week's most important economic data which confirmed the UK economy is to experience an improvement in fortunes in the second-quarter.

Services PMI data from IHS Markit at the CIPS read at 53.4, a shave lower than the 53.4 economists were expecting. This represents a slight drop from the 53.8 seen in the previous month.

The services sector accounts for about 80% of the UK economy and employs over 80% of the workforce and is therefore a much-watched gauge of economic activity.

The general rule of thumb from a currency perspective is that were the data to beaten the Pound rises, if it were to come in lower the Pound would fall.

That Sterling is more or less unchanged reflects the fact that the data release came in on target.

“Sterling continues to march sideways against the euro and is unable to sustain a level above 1.30 against the US dollar,” says Carl Hasty, CEO at Smart Currency Exchange.

Fawad Razaqzada say although recent data suggests the edge has been taken off recent economic growth, the data does not represent a major drag for the UK currency.

"From a technical perspective, the GBP/USD still looks bullish to me despite this week’s dollar rebound. As one would have expected after a large range expansion last week, the cable has stalled around that key resistance and psychological hurdle at 1.30 again," says Razaqzada.

If anything, the outcome was better than many in the market had been expecting.

“The 2pt fall in the manufacturing index suggests the risk is significantly to the downside,” warns Adam Cole, an analyst with RBC Capital Markets.

Both the Manufacturing and Construction PMI data released this week have undershot expectations, suggesting economists have been overestimating economic activity of late.

Confidence in the economy appears to have likely been hit by the rise in political uncertainty after the June 8 general election.

"At the time the PMI surveys were conducted, another general election this year seemed likely (prediction markets put the probability at 30%), though the perceived risk has subsequently receded significantly, implied probability now just 13%," says Cole.

All this week's PMI surveys are pointing to a pickup in activity for the second-quarter of 2017, something that should help the Pound stay supported.

"June’s UK Markit/CIPS report on services still suggests that GDP growth has re-accelerated in Q2, after the sharp slowdown experienced in Q1," says Scott Bowman, UK Economist at Capital Economics. "What’s more, hard output data for March and April have set a fairly good base for growth in Q2."

Capital Economics say the three-month average of the all-sector PMI is consistent with quarterly GDP growth of 0.5% for the second-quarter.

We doubt there will be any fireworks on offer or the Pound from today's data.

UK service providers indicated another slowdown in business activity growth during June, which largely reflected the weakest upturn in new work since September 2016.

Survey respondents commented on subdued business and consumer confidence, alongside some instances of delayed decisionmaking around the election.

Service sector firms were the least upbeat about their year-ahead growth prospects since July 2016.

In contrast, there was a slight pickup in the pace of job creation to its fastest for 14 months in June.