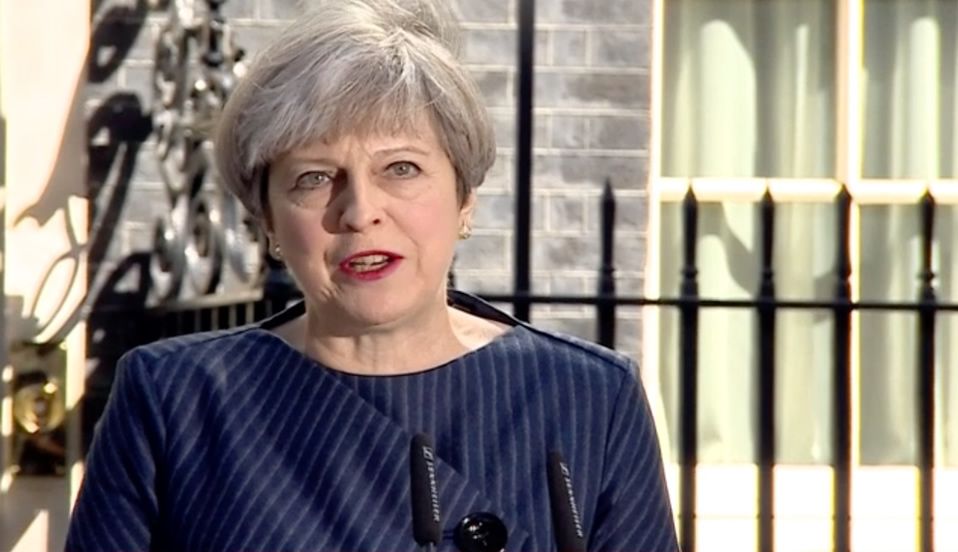 The repercussions of Theresa May’s ill-fated attempt to secure a large majority in the UK parliament appears to spreading to the economy.

New data suggests the uncertainty sparked by the resultant minority government has lead to a slump in consumer confidence.

And when the consumer gets scared, the economy slows as consumer spending is a key pillar of UK economic activity.

YouGov report that in the first eight days of June – before the results were known – the YouGov/Cebr Consumer Confidence Index stood at 109.1, around the same level it was at the month before the snap election was declared.

However, in the first twelve days after the votes were counted, the Index fell to 105.2.

“This is similar situation to the one we measured in the period around last June’s referendum on EU membership when consumer confidence fell from 111.9 in the weeks before the vote to 104.3 in the days after it,” says Stephen Harmston at YouGov. 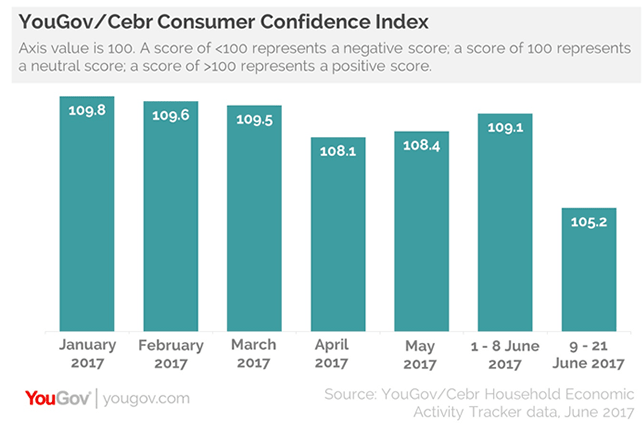 Consumer confidence has been generally ticking downward since last autumn but the events of the past month have placed it under greater pressure.

The decline in consumer confidence comes amidst an environment of higher inflation owing to the fall in the value of Pound Sterling which knocked up the cost of imported goods.

This has seen retail sales fall and economic growth decline in the first-quarter of 2017.

However, it would be far too early to suggest a recession lies ahead as June’s CBI Distributive Trades Survey provided further reason to think that consumer spending growth re-accelerated in Q2, after a pretty poor performance in Q1.

Retailers reported that growth in sales volumes picked up in the year to June, according to the latest monthly CBI Distributive Trades Survey.

The survey of 115 firms, of which 59 were retailers, showed that the volume of sales and orders placed upon suppliers grew modestly – exceeding expectations in both cases - in the year to June. Overall, sales for the time of year were considered to be broadly in line with seasonal norms.

Looking ahead, however, growth in volumes of sales is expected to stall in the year to July, while orders are also expected to be flat.

Consumer confidence should improve now that a Government is in place.

Furthermore, the fall in Pound Sterling has since ended and we are likely to have seen a peak in inflation as a result of that fall.

Oil prices have meanwhile fallen notably and this will surely knock down imported inflation growth rates.

And then there is the Eurozone economic recovery. As the UK exits Europe, their economy is seen entering top gear which is important as the UK economy tends to perform well when Europe is doing well.

Even though the UK will exit in 2019, the economy can still benefit from existing trade settings.

UK manufacturing meanwhile appears to be on the up, something that might provide some protection against the consumer slowdown.

United Kingdom manufacturing firms have this month reported that both their total and export order books had strengthened to multi-decade highs, according to the CBI’s latest Industrial Trends Survey.

The CBI's survey of 464 manufacturers found that total order books climbed to the highest level since August 1988.

“The strength of June’s CBI Industrial Trends Survey suggests that the weakness in the manufacturing output in the hard data should prove to be a blip,” says Andrew Wishart, UK Economist at Capital Economics.