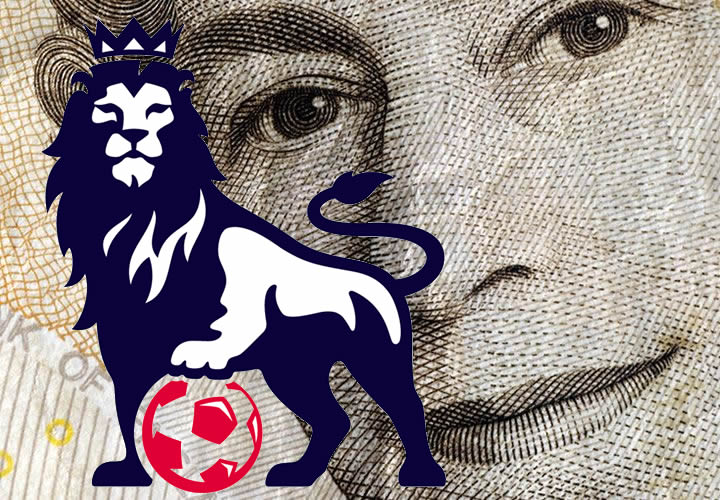 The fall in value of Pound Sterling is expected to have a notable financial impact on English Premier League football clubs in this year’s January transfer window.

The UK currency plummeted to its lowest level against the US Dollar since 1985 following the Brexit vote with pressure being maintained ahead of Brexit negotiations.

The implication for international transfers has been notable as Brits lose purchasing power on the global market.

And the same is true for the world's richest football league.

According to research by London-based foreign exchange specialists Global Reach Partners, football clubs in England’s top tier will need to conjure up around £37m extra if they are to match the spending seen in last year’s January transfer window.

Last season Premiership clubs splashed out over £245m in winter transfer and loan fees with West Ham, Newcastle and Watford at the top of the spending list.

At that time the Pound was worth approximately 1.33 Euros+, making the value of these fees equivalent to over 325m Euros.

A year later, with a deflated Pound now worth approximately 1.15 Euros, Premiership clubs would need to pay out an additional £37.4m (or 43m Euros) to match the value of last year’s spending.

Put into the context of recent transfers, this amount of money is significantly more than the £25m Leicester City paid for Islam Slimani last January; over two and a half times the £13m which Stoke paid for Joe Allen last summer and would easily cover the £29m which Chelsea splashed out in the pre-season to bring defender David Luis back to Stamford Bridge.

Currency fluctuations are an on-going concern for football clubs. While the value of Sterling against the Euro hit its lowest level since 2013 after the Brexit vote, the average monthly move between the two currencies is around four per cent, equating to upwards of £200,000 on a £5m transfer fee.

“The fall in the value of the Pound against the Euro and a number of other foreign currencies since the Brexit vote could have a stark financial impact on any English Premiership teams wanting to conduct January transfer business with clubs based outside of the UK,” says Mark Smith-Halvorsen, CEO at Global Reach Partners. 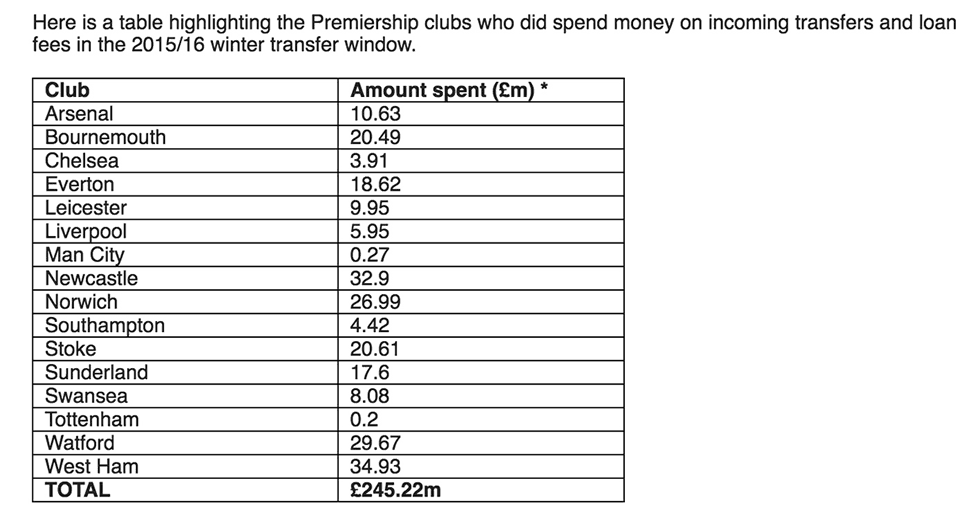 While not every January transfer fee in 2016 was paid outside the UK, a significant amount of expenditure was made involving clubs in Europe and other foreign leagues.

The bottom line for Premiership clubs who want to invest in the same level of quality that we saw brought in last January is that it will cost them more in 2017.

“Clubs usually begin their financials preparations for January transfer activity in November. If you look at the fluctuations in the value of the Pound, which was valued at a high a of 1.43 against the Euro in November 2015 but then fell to a low of 1.11 a year later, you can see the impact this will have on English clubs looking to bring in players from the Eurozone.

“There are ways to mitigate some of the costs with foreign exchange specialists like ourselves working closely with a number of football clubs to help reduce their exposure to fluctuating currency markets.”

Global Reach Partners say they are able to assist clubs by offering access to a huge range of major and local market currencies and by providing same-day settlements to ensure efficient and timely transactions.

“Clubs can also put in place a foreign exchange trading strategy for longer term transfer payments if they are concerned that future currency fluctuations might end up costing more in fees,” says Smith-Halvorsen.