"Thus, this may be the most important category for understanding the future evolution of core inflation. Because wages make up the largest cost in delivering these services, the labor market holds the key to understanding inflation in this category, - Federal Reserve Chairman Jerome Powell 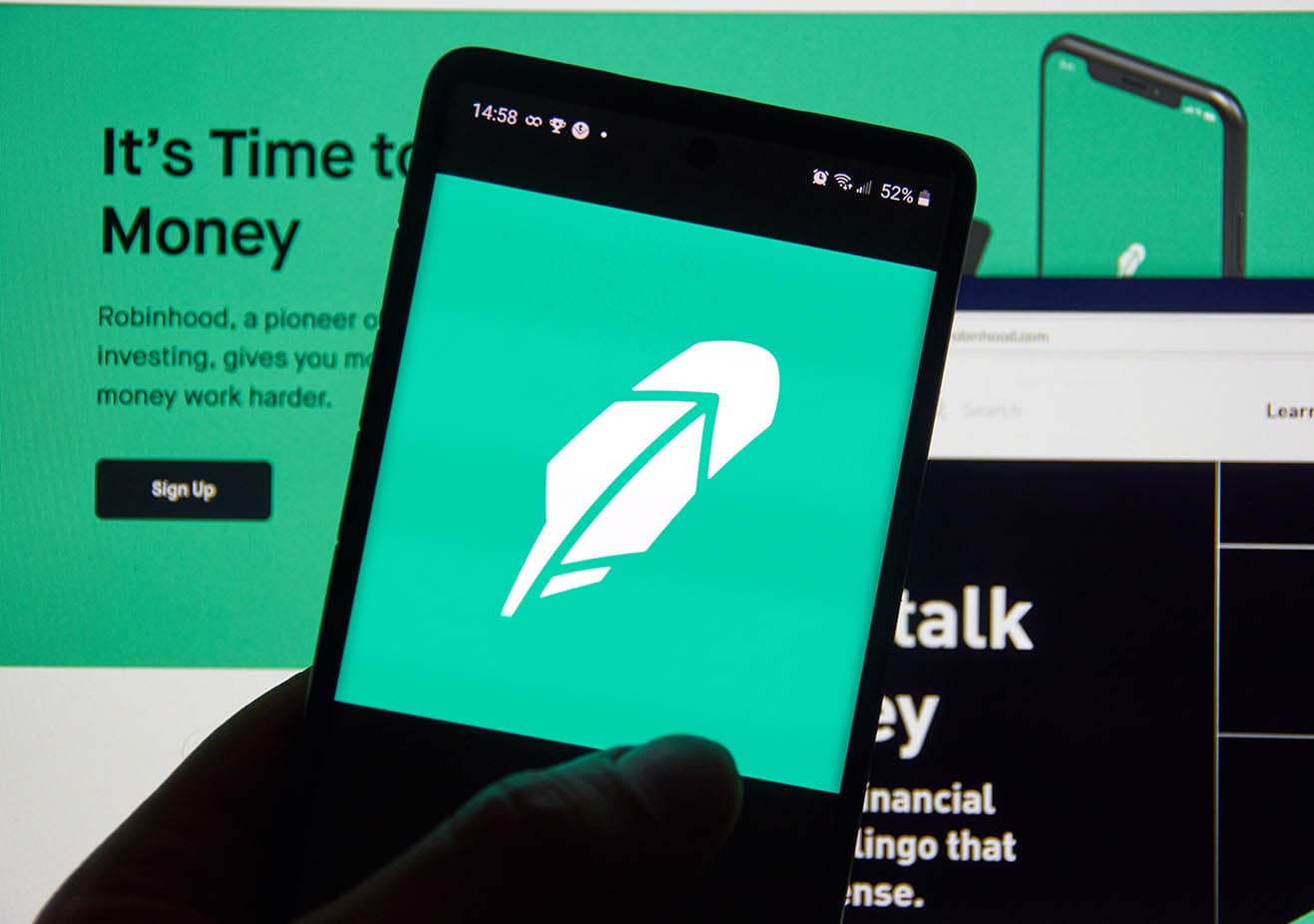 Many have long suspected coronavirus-related sicknesses of reducing participation in labour markets around the world but Fed Chairman Jerome Powell may have been among the first to reflect publicly upon the possible role played by the stock market this Wednesday.

This was while seemingly coining the term "excess retirements" as a descriptor of what the Fed now views as an upside risk to its 2% inflation target because of the impact that persistent shrinkage in the labour force could have on the wage bargaining process and trend levels of pay growth for workers.

"What explains these excess retirements? Health issues have surely played a role," he said in a speech on Wednesday.

"Also, gains in the stock market and rising house prices in the first two years of the pandemic contributed to an increase in wealth that likely facilitated early retirement for some people. The data so far do not suggest that excess retirements are likely to unwind because of retirees returning to the labor force," he told the Hutchins Center on Fiscal and Monetary Policy. 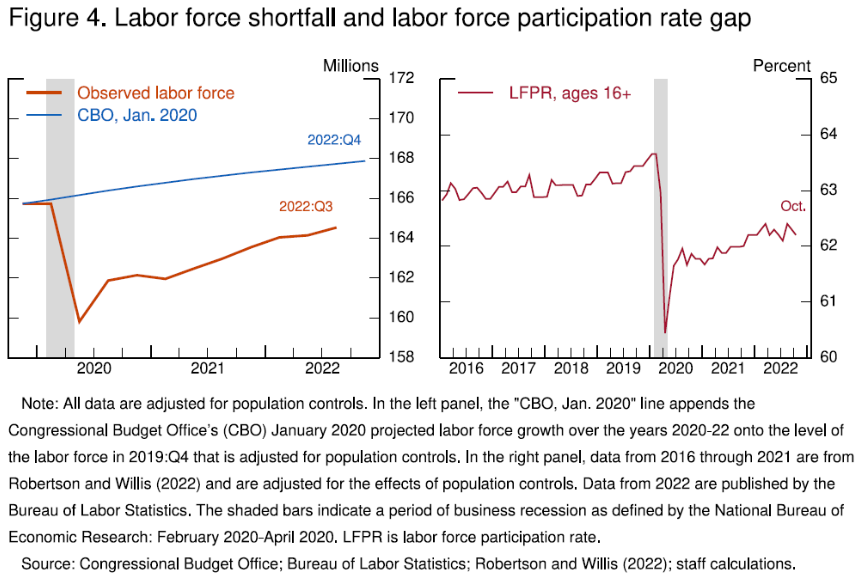 "Currently, the unemployment rate is at 3.7 percent, near 50-year lows, and job openings exceed available workers by about 4 million—that is about 1.7 job openings for every person looking for work (figure 5). So far, we have seen only tentative signs of moderation of labor demand," he said.

"Job openings have fallen by about 1.5 million this year but remain higher than at any time before the pandemic," he added.

All of this matters because "excess retirees" are seen by the Fed as partial drivers of a labour market imbalance that is lifting wages and threatening to lengthen the period over which inflation rates remain above the 2% target, ultimately necessitating a more aggressive interest rate policy. 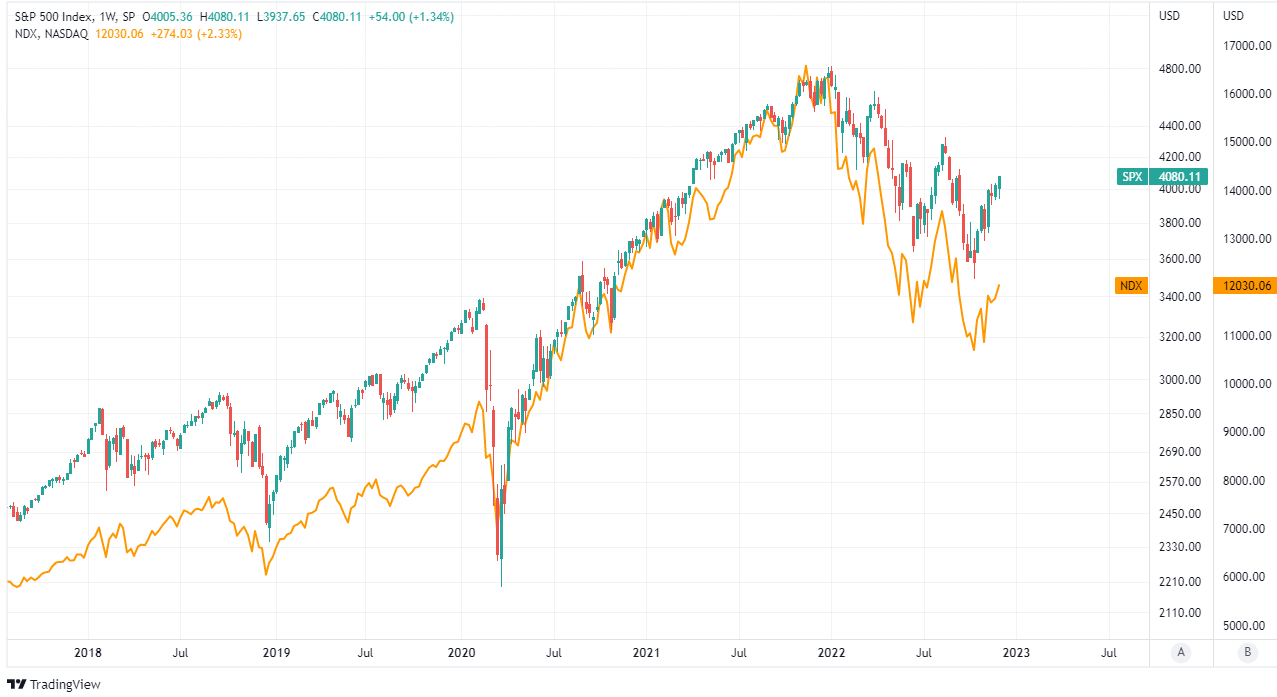 Above: S&P 500 Index shown at weekly intervals and alongside NASDAQ Index. Click image for closer inspection.

"The labor market, which is especially important for inflation in core services ex housing, shows only tentative signs of rebalancing, and wage growth remains well above levels that would be consistent with 2 percent inflation over time," he later said while discussing what may be necessary to reduce inflation to 2%.

This is all important because wages are the largest cost for companies selling so-called "core services other than housing" and prices of those make up more than half of the Core Personal Consumption Expenditures (PCE) price index.

The PCE price index is the Fed's preferred measure of U.S. inflation and so the extent to which wage costs rise in the above referenced category could have significant impact on the outlook for interest rates up ahead.

"This spending category covers a wide range of services from health care and education to haircuts and hospitality. This is the largest of our three categories, constituting more than half of the core PCE index," the Fed chair said.

"Thus, this may be the most important category for understanding the future evolution of core inflation. Because wages make up the largest cost in delivering these services, the labor market holds the key to understanding inflation in this category," he added before detailing the labour shortfall. 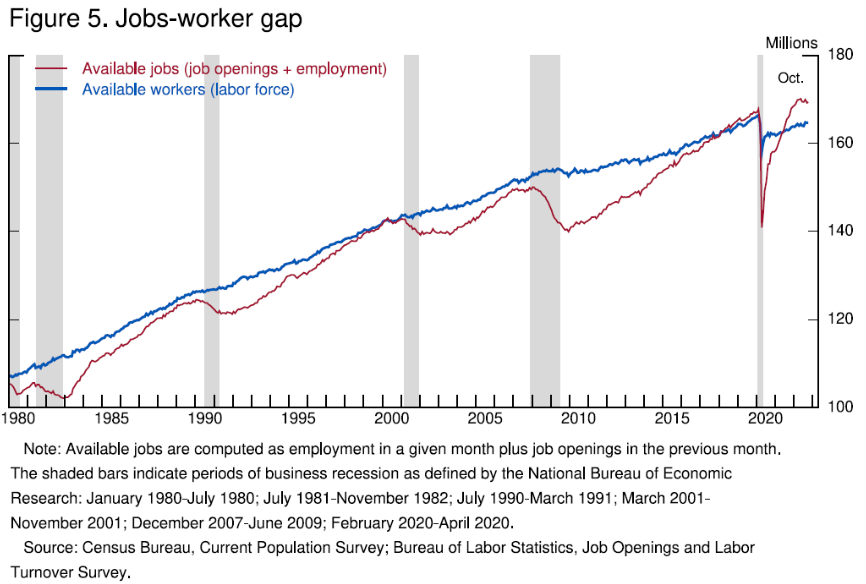