"Hunt has cast aside Kwarteng's theory that you can cut taxes to increase revenue" - Quilter. 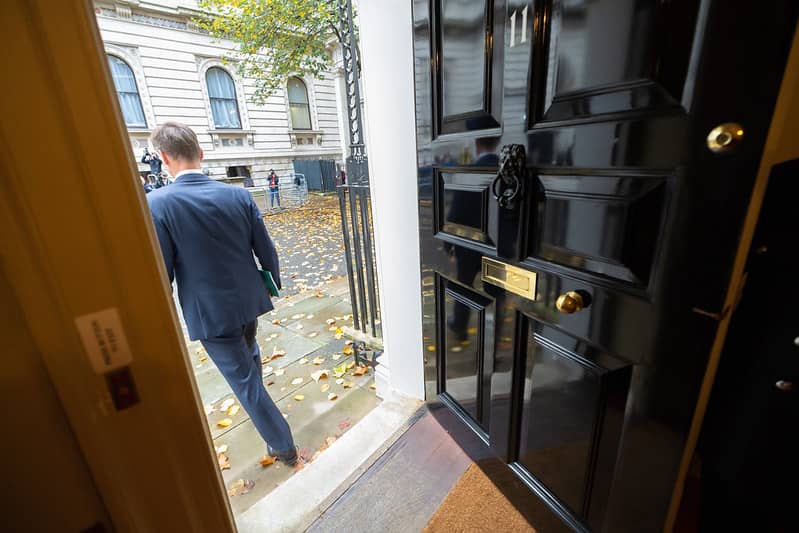 Above: The Chancellor of the Exchequer Jeremy Hunt leaves 11 Downing Street on his way to deliver his Autumn Statement to parliament. Picture: Gov.uk.

Shaun Moore, a financial planning expert at Quilter, takes a look at how various taxpayers will be impacted by the tax changes announced in the Autumn Statement.

Just eight weeks after the announcement that the top rate of income tax would be abolished, Jeremy Hunt has pulled a quarter of a million more people into the top rate which will cost them each £620 on average.

With the UK government facing pressure on its finances following the pandemic and energy price guarantee, Hunt has cast aside Kwarteng's theory that you can cut taxes to increase revenue and instead is seeking to fill the black hole by hitting the wealthy through a combination of tax increases and stealthy allowance freezes.

However, these are often the people who can afford to plan their tax affairs and are likely to have more than one source of income, therefore it is likely to see an increase in the take up of tax advice.

If you are likely to be pushed into paying the highest rate of tax, it’s a good idea to plan your strategy in advance. One common approach is to save extra money into your pension, as it reduces your salary for income tax purposes, and it could bring you back down a tax band.

Although this will mean bringing home less money at a time when prices are soaring.

There are other ways you may be able to get yourself back into the 40% tax bracket. For example, through a salary sacrifice scheme, if you’re not too far over the threshold, you can give up some of your salary in exchange for a benefit.

Other options include gifting to charity. 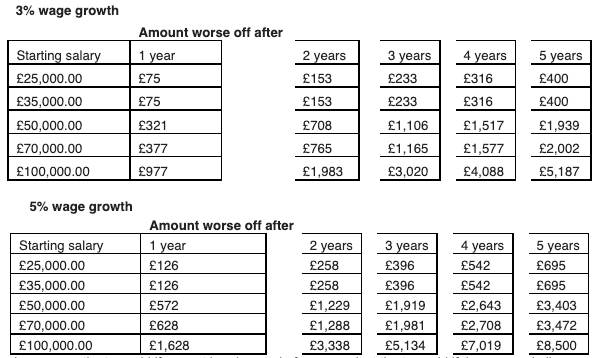 As rumoured, the Chancellor has frozen income tax thresholds for basic (20%) and higher rate (40%) taxpayers for a further two years.

Our calculations show that if wage growth is on average 5% per year for the next five years but income tax thresholds remain frozen then someone earning £35,000 today will be £695 worse off in the 28/29 tax year and cumulatively £2,016 poorer over the five-year period.

These calculations illustrate the power of fiscal drag and how freezing income tax thresholds is a form of stealth tax. Ultimately, if thresholds remain frozen for a number of years, then people will end up paying considerably more tax.