The UK economy saw increased activity in the final week of January as the effects of the Omicron wave of Covid retreated and consumers saw the removal of Covid restrictions.

Near-term data from the ONS revealed the lifting of Plan B restrictions in England on January 27 helped the seven-day average estimate of UK seated diners increase by 9 percentage points in the week to 31 January 2022.

In London and Manchester seated diners increased by 8 and 11 percentage points over the same period, respectively said the ONS.

The news indicates the all-important UK services sector - which accounts for over 80% of UK economic activity - is set for a recovery in February.

The ONS says retail footfall in the UK increased by 2% from last week but was still at only 82% of the level seen in the equivalent week of 2019. 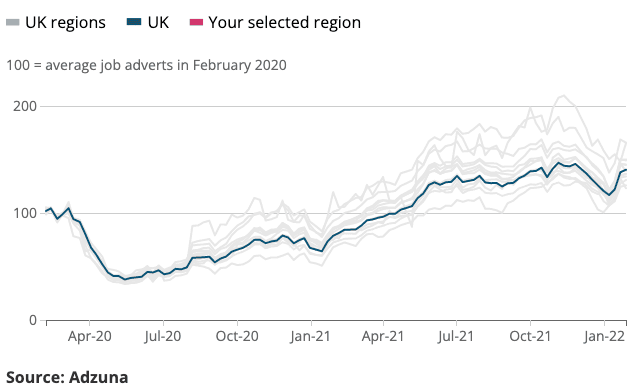 Above: UK online job advertisements have picked up again.

Nevertheless the ONS data shows this is the third consecutive week of increasing retail footfall and was again driven in part by weekly rises in high street footfall.

Consumers are spending again too; the aggregate CHAPS-based indicator of credit and debit card purchases - supplied to the ONS by the Bank of England - increased by 3 percentage points from the previous week, to 90% of its February 2020 average.

There were increases in all spending categories in the latest week, the largest of which were in "delayable" and "social" spending, both of which increased by 4 percentage points.

But, 69% of respondents to a regular ONS survey reported their cost of living had increased over the last month which was up slightly from the last period (66%).

Rising inflation and imminent tax and energy bill increases are all tipped by economists to place pressure on consumers in 2022, potentially denting the post-Covid economic recovery.

However the labour market remains in strong shape with the ONS saying the total volume of online job adverts on 28 January 2022 was at 141% of its February 2020 average level making for the third consecutive week-on-week increase.

This suggests a recovery following the dip in the volume of online job adverts over Christmas and New Year.

In all, the findings are consistent with an economy that is likely to recover in the first half of 2022, but the recovery will in all likelihood be stifled by rising costs. 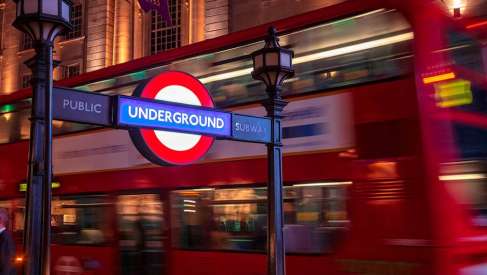 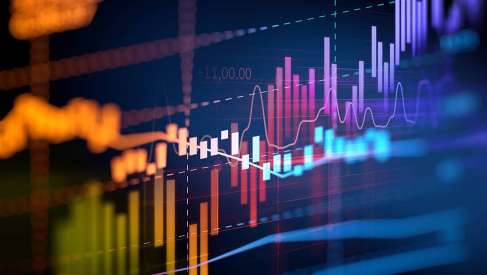 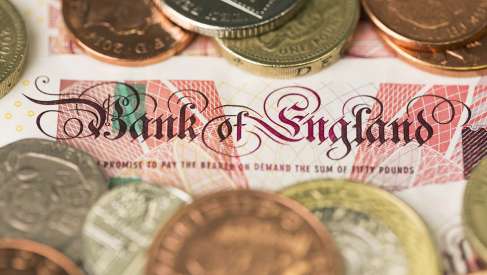