A significant domestic and global focus on the Omicron variant is the source of the anxieties with real-time data showing consumers are retreating from communal spaces such as gyms, pubs and restaurants.

Given the services sector accounts for the largest segment of the UK economy, this suggests a slowdown into year end. 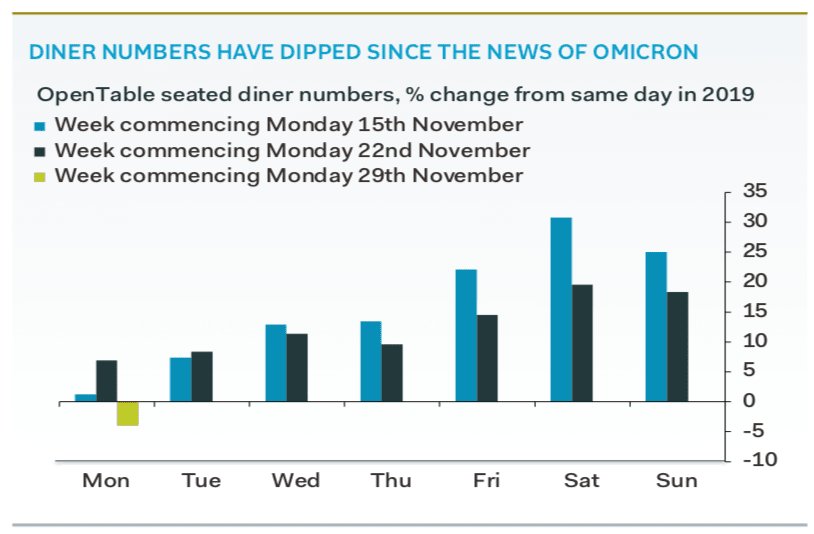 Tombs says restaurant diner numbers last weekend were not as far above their level two years ago as they were the previous weekend, according to OpenTable.

And numbers were 4% lower on Monday this week than two years earlier.

Google Trends data meanwhile shows online searches that include the word "pub", "gym" and "restaurant" all have dipped since November 26.

Data from Apple show the number of people in the UK requesting driving directions was 2% below its January 2020 level between November 27 and 29, whereas they were unchanged on their January 2020 level during the previous weekend. 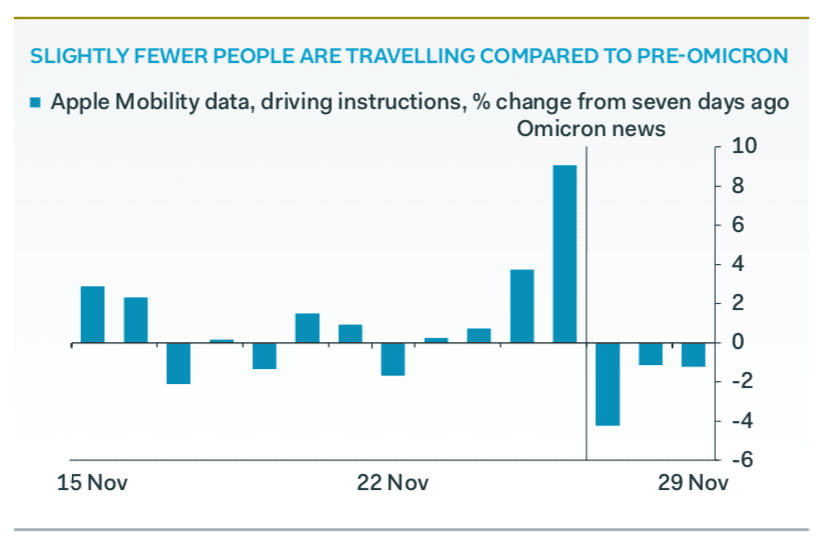 Consumer and business caution regarding the pandemic can prove to be a significant anchor on economic activity, as proven by the experience of July and August when growth ground to a halt despite all official restrictions being lifted.

The government lifted all restrictions in England in July but activity was hampered by high case rates and people being told to isolate.

Prime Minister Boris Johnson on Saturday said new measures to limit the spread of Covid would come in force from Tuesday, while UK-wide changes on international travel guidelines were announced last Thursday.

Thus far restrictions are limited to mask wearing and travel but the Prime Minister has not ruled out further measures.