- UK growth forecast upgraded at BoE amid “strong” recovery
- As GDP and inflation seen at rare high levels in months ahead
- Risks & uncertainties may see rates held at 0.10% for years yet

The UK economy has performed better than was expected in recent months and its recovery was continuing at pace at the time of June’s monetary policy decision from the Bank of England (BoE), although the outlook for interest rates is still uncertain and so a matter of debate among economists.

UK economic growth turned positive again and likely accelerated throughout the second-quarter, according to BoE estimates that were upgraded by around 1.5% for the quarter this week even though the bank already anticipated an annualised growth rate of around +7.1% for the same period in its May forecasts.

The BoE now estimates that total economic output will be only around 2.5% below the level prevailing at the end of 2019, despite the economy having contracted -9.9% last year when ‘non-essential businesses’ spent around four months with their doors closed in an effort to contain the coronavirus.

“CPI inflation is expected to pick up further above the target, owing primarily to developments in energy and other commodity prices, and is likely to exceed 3% for a temporary period,” the BoE said when announcing the Monetary Policy Committee’s decisions for June.

Above: BoE's economic forecasts from May 2021 inflation report.

Britain’s benchmark interest rate known as Bank Rate was left unchanged at 0.10% this month while the BoE continued to target an overall £895bn of bond holdings as part of its quantitative easing (QE) programme composed of an £875bn target for government bonds and £20bn target for corporate bonds.

The bank last added to the programme in November when increasing the overall target by £150bn and assigning this incremental envelope in its entirety to government bond purchases ahead of the UK’s second ‘lockdown,’ which ultimately prompted the economy to contract by -1.5% in the opening quarter of 2021.

It normally makes changes to interest rates, the QE programme and other policies in order to influence inflation over a multi-year forecast period, as the BoE is charged with ensuring that inflation remains around the 2% level over the medium-term.

“The Committee does not intend to tighten monetary policy at least until there is clear evidence that significant progress is being made in eliminating spare capacity [in the job market and wider economy and achieving the 2% inflation target sustainably,” the BoE reiterated Thursday.

BoE policymakers say they now expect a “temporary period of strong GDP growth and above-target CPI inflation, after which growth and inflation will fall back,” as the economy reopens, enabling households to draw down on any savings made during last year’s closures and businesses to return toward more normal levels of activity.

The temporary nature of supposed pent-up demand, so-called enforced savings and uncertainties about how quickly economic activity levels will return to normal explain why the BoE is effectively looking past above-target inflation levels.

These uncertainties and the BoE’s wait-and-see response mean that the outlook for interest rates, borrowing costs and returns on savings is a matter of debate among economists and analysts, some of whom’s views are set out below.

“We share the MPC’s expectation that inflation should settle back to around 2% in the medium term. Forces influencing consumer prices in the short-term are not all one way; for instance, a stronger pound will weigh on import prices.”

“What’s more, the supply-side of the economy may exit the pandemic relatively unscathed as the shock to GDP implies that spare capacity is likely to persist for some time. As a result, we stick with our expectation that the MPC will not start raising the Bank Rate until the second half of 2023.”

“We read the minutes as shifting in a hawkish direction if not quite as far as our mood indicator. The minutes describe almost everything surprising the BoE on the upside. They raised 2Q GDP 1.5%, reported 'material upside news' to their inflation projections, raised the peak of inflation above 3%, saw unemployment data below their expectations and workers returning from furlough faster than expected, and said wage growth "already" appeared to be around pre-Covid levels.”

“The BoE thought the delay to lockdown easing would not have major effects. The BoE said only that the "direct" inflation impact of commodities would be transitory.”

“Our view contrasts with a disappointed market. Sterling sold off and rates rallied as no more rate setters joined Haldane in calling for an early end to QE. But we struggle to see how that changes anything really.”

“While acknowledging the recent, mostly upside, surprises to its short-term outlook, the MPC appears firmly cautious regarding the outlook for monetary policy, arguing that "Policy should both lean strongly against downside risks to the outlook and ensure that the recovery was not undermined by a premature tightening in monetary conditions."

“With Andy Haldane the sole dissenter but leaving the MPC at the end of June, we now see the MPC as unanimously cautious. The appointment of Catherine L. Mann as a new external member is unlikely to tilt this balance. Her published views are in support of more globalisation, more efforts to reduce inequalities and more decisive actions against climate changes, which in the context of the UK, suggest an accommodative monetary stance.”

“More specifically on the labour market, the minutes highlighted that underlying wage growth was near pre-pandemic levels, which, we note, was not strong enough for the Bank to tighten policy.”

“We believe that today's balanced rhetoric is well aligned with our expectation of unchanged interest rates through 2022. Although rising inflation tests policymakers' nerves, by the time the MPC considers a rate hike, we expect inflation will have drifted lower, towards target, and fiscal policy will have turned restrictive.”

“Overall, the MPC's message was more upbeat relative to May with growth and the labour market improving by a faster pace than previously expected. More importantly, the Bank noted that peak inflation was likely to push a lot higher than previously anticipated, going past 3% y-o-y, and moving closer to our own projections. The debate around inflation risks was also more nuanced relative to six weeks ago, suggesting some consternation around medium-term inflation prospects.”

“Ultimately, the MPC effectively endorsed the need for some modest tightening in the medium term but not much more, noting that CPI – conditioned on market pricing – was expected to land at target in the medium term. In other words, while the MPC struck a more positive tone than in May, today's meeting should do little to bring forward market expectations.”

“Accordingly, we suspect the first rate hike may not come until 2025. This is much later than investors appear to anticipate (see Chart 1) and underpins our view that short-term Gilt yields will remain close to their current levels over the next few years.” 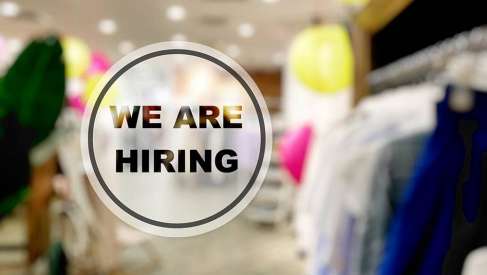