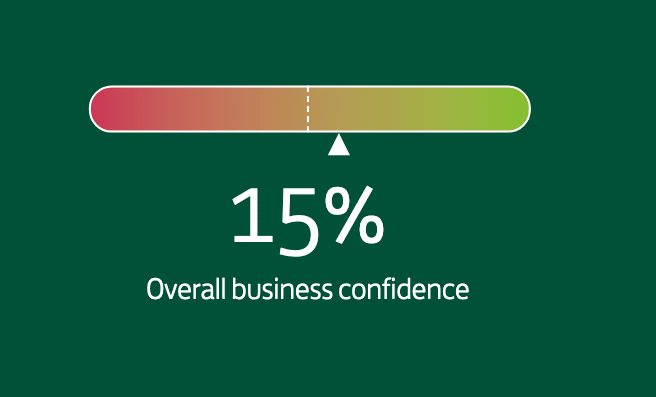 UK Business confidence - as measured by the Lloyds Bank Business Barometer - increased by 13 points to 15% in March, its highest level in just over a year.

The improvement in business confidence reflects progress in the vaccine deployment, the roadmap out of lockdown and the extension of government support measures, according to Lloyds Bank.

57% of companies who took part in the monthly survey agree with the pace of the move out of lockdown set out by government, but a third would prefer a faster pace.

The findings come a day after England entered the second phase of its lockdown easing that will see households allowed to mix once more, provided it is outdoors. Some businesses that offer outdoors-based leisure activities are also allowed to restart.

However, a more substantial unlocking occurs on April 12 when non-essential retailers and some hospitality businesses reopen.

The survey finds those companies in the hospitality and transport services sectors are more likely to prefer a quicker reopening of their sector. 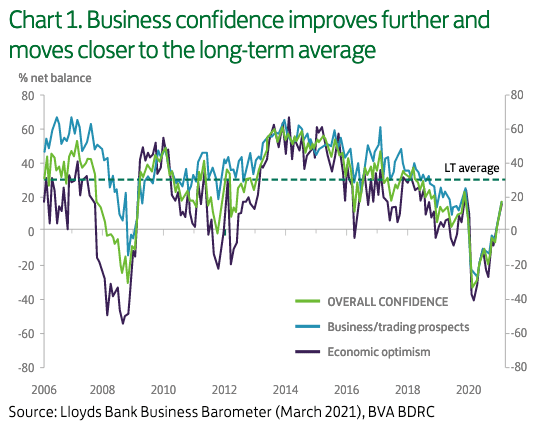 The net balance for staffing levels has meanwhile turned positive for the first time since last March, rising by 8 points to 4%, reflecting a higher share of companies expecting to hire and a lower share anticipating reductions.

"The rosier outlook reflects progress in the deployment of the vaccine and a degree of clarity provided by the roadmap out of lockdown for England and plans to ease restrictions in other parts of the UK. The extension of support measures announced by the Chancellor is also likely to have supported confidence," says the Business Barometer report.

There is meanwhile further indication that wage freezes may be thawing, but still little sign of strong pay increases according to Lloyds Bank. 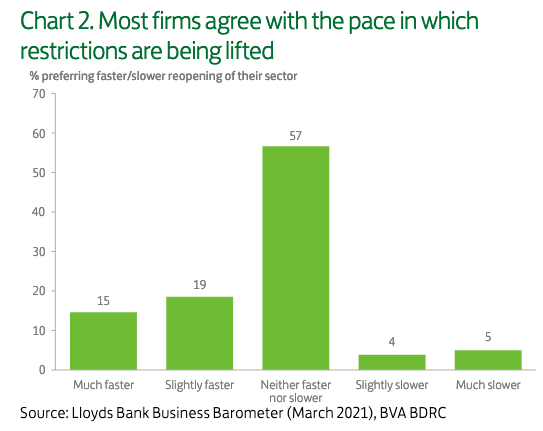 Confidence increased across all UK regions and nations, except Northern Ireland, with firms most upbeat in the Midlands, the North East and the North West.

Trading prospects are particularly buoyant in manufacturing and retail & distribution, with both sectors recording the biggest increase in overall confidence.

Firms’ trading prospects for the year ahead also picked up, although to a slightly lesser degree than optimism for the economy more generally.

The net balance for trading prospects rose 10 points to 12%, reflecting 34% (up from 29%) anticipating stronger activity and 22% (down from 27%) preparing for less activity.

The report also reveals the potential for rising inflation in coming months as businesses look to raise the prices they charge.

Building price pressures reflect growing confidence about a recovery in trading prospects, but they may also reflect rising costs as a result of supply chain disruptions says the report.