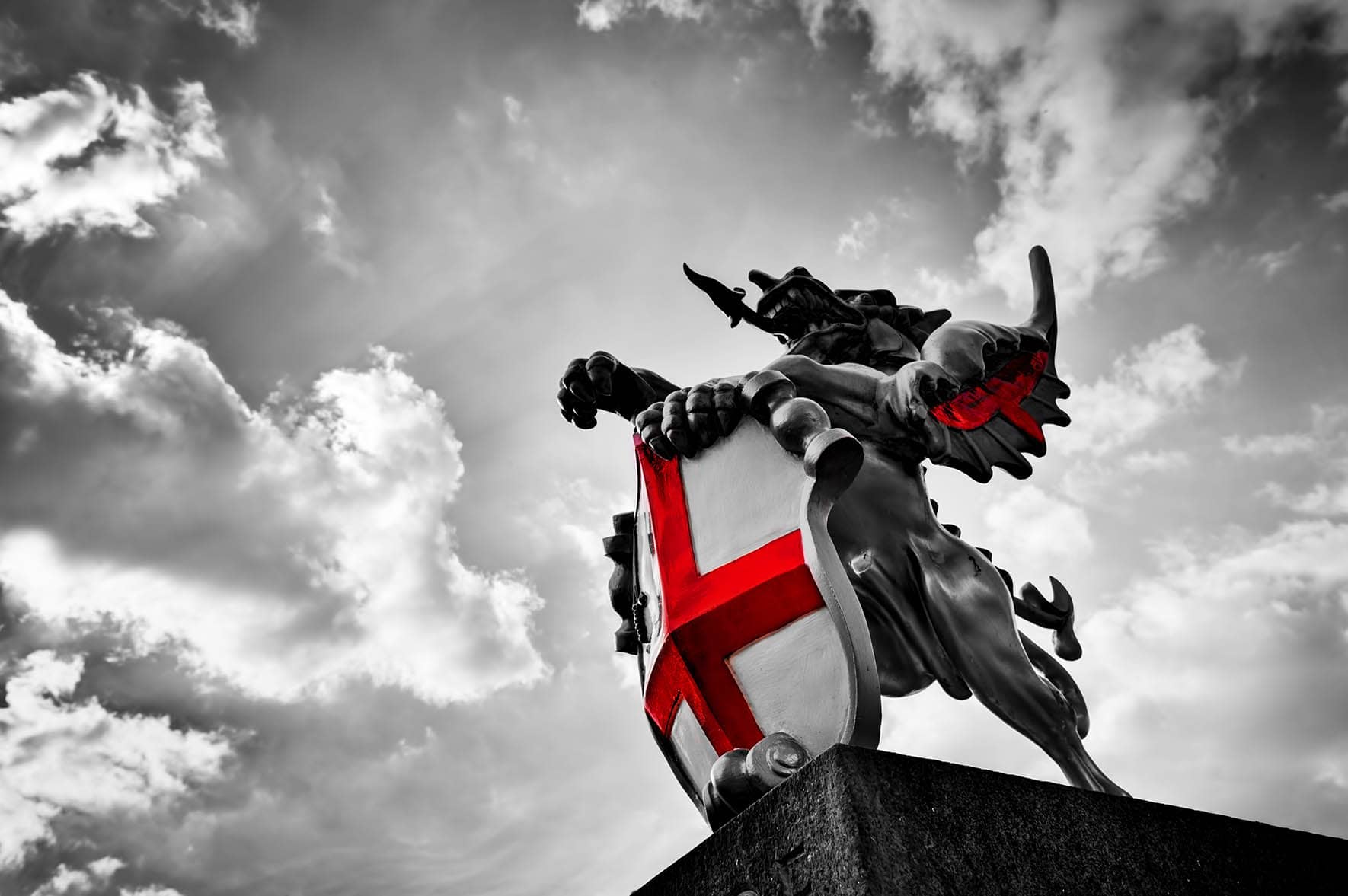 The excitement surrounding news that Amsterdam is overtaking London as a financial centre is misplaced, says a financial markets specialist.

"Amsterdam ousts London as Europe’s top share trading hub," runs the headline of an article in the Financial Times on Thursday which details how the City of London now no longer oversees the majority of equity market trading in Europe.

The news report details how an average of €9.2BN shares a day were traded on Euronext Amsterdam and the Dutch arms of CBOE Europe and Turquoise in January, a more than fourfold increase from December.

Meanwhile, volumes in London dipped to €8.6BN, meaning the UK can no longer boast to be the main hub for the European equity market.

"There's lot of excitement, anger and surprise at the news that Amsterdam has overtaken London as the biggest centre for equities trading in Europe," says William Wright, Founder of New Financial, a think tank focussed on European capital markets.

The development has sparked a notable reaction in financial and political circles, being picked up by prominent anti-Brexit figures in the UK as proof of the folly of the UK's decision to exit the EU.

"This is astonishing. Of course the economic significance of stock exchanges has always been exaggerated. But the idea that Amsterdam’s stock market would eclipse London never felt remotely plausible. Till we chose to leave the EU," said ITV's Political Editor Robert Peston.

While the headlines and reactions in some circles might be stark, Wright says it is important to put the developments into perspective.

"The numbers look big but the economic impact (at least for now) is limited. Back of the envelope estimate: €6.5/bn in daily trading volumes in EU equity trading switching from London translates into maybe £50m in annual revenues, max £5m in lost tax. Probably less," says Wright.

According to the City of London Corporation, financial services generated £75.6BN pounds in tax in the year to March 2020, which is roughly 10% of the country’s tax receipts.

Wright says this shift is one of the very areas where Brexit has a binary / mechanical impact.

When the UK exited the single market, EU-based financial institutions were banned from trading in London because the EU had not recognised UK exchanges and trading venues as having the same supervisory status as its own.

"Inside the EU, trading in EU shares could take place in London; outside the EU with no equivalence for stock exchanges, it can’t. So it had to move and has moved," says Wright.

But in most areas of UK financial services the impact of Brexit is nothing like as binary and the relocation of activity will be much more marginal, argues Wright.

"The location of where the trading is conducted has moved. Aside from a few dozen jobs at the exchanges themselves, the traders haven’t moved, the hedge funds and asset managers giving them orders haven’t moved," says Wright.

"If these exchanges had moved their servers to Macclesfield a few years ago, I’m not sure we would have been getting excited about Cheshire’s future as a global financial centre," he adds.

Amsterdam has nevertheless been the main beneficiary in trading and broking when it comes to Brexit-related relocations, New Financial have counted nearly 50 firms that have moved something to Amsterdam, and most of them are exchanges, trading firms, brokers and fintech.

"But before we start getting too excited about Amsterdam overtaking London as a financial centre, here’s a summary of the daily trading volumes in derivatives and foreign exchange," says Wright, who has presented the following exhibit: 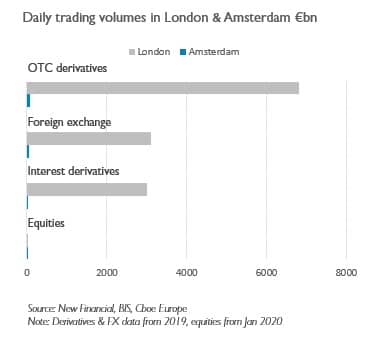 "Volumes in London are roughly 75 times larger, and roughly five times as big the whole of the EU combined," says Wright.

Although the scale and depth of the markets that sit under the City of London might look unsurpassable by European equivalents, Wright says there is no room for complacency.

"The City cannot afford to be complacent: we have long argued that Brexit will have a ‘drip feed’ impact on the City on jobs, activity and tax receipts. But anyone expecting the shift we have seen in equities to happen elsewhere is going to be disappointed," he says. 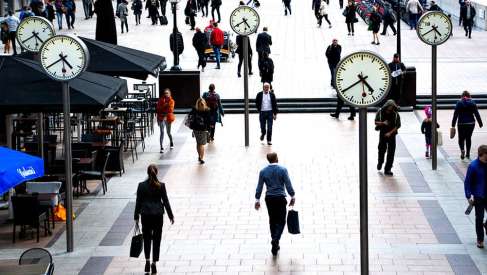 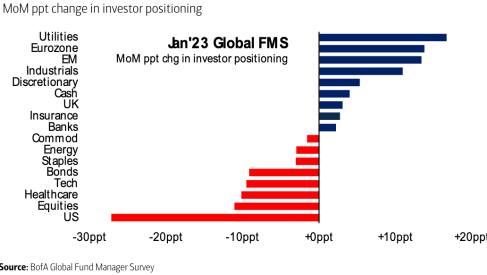