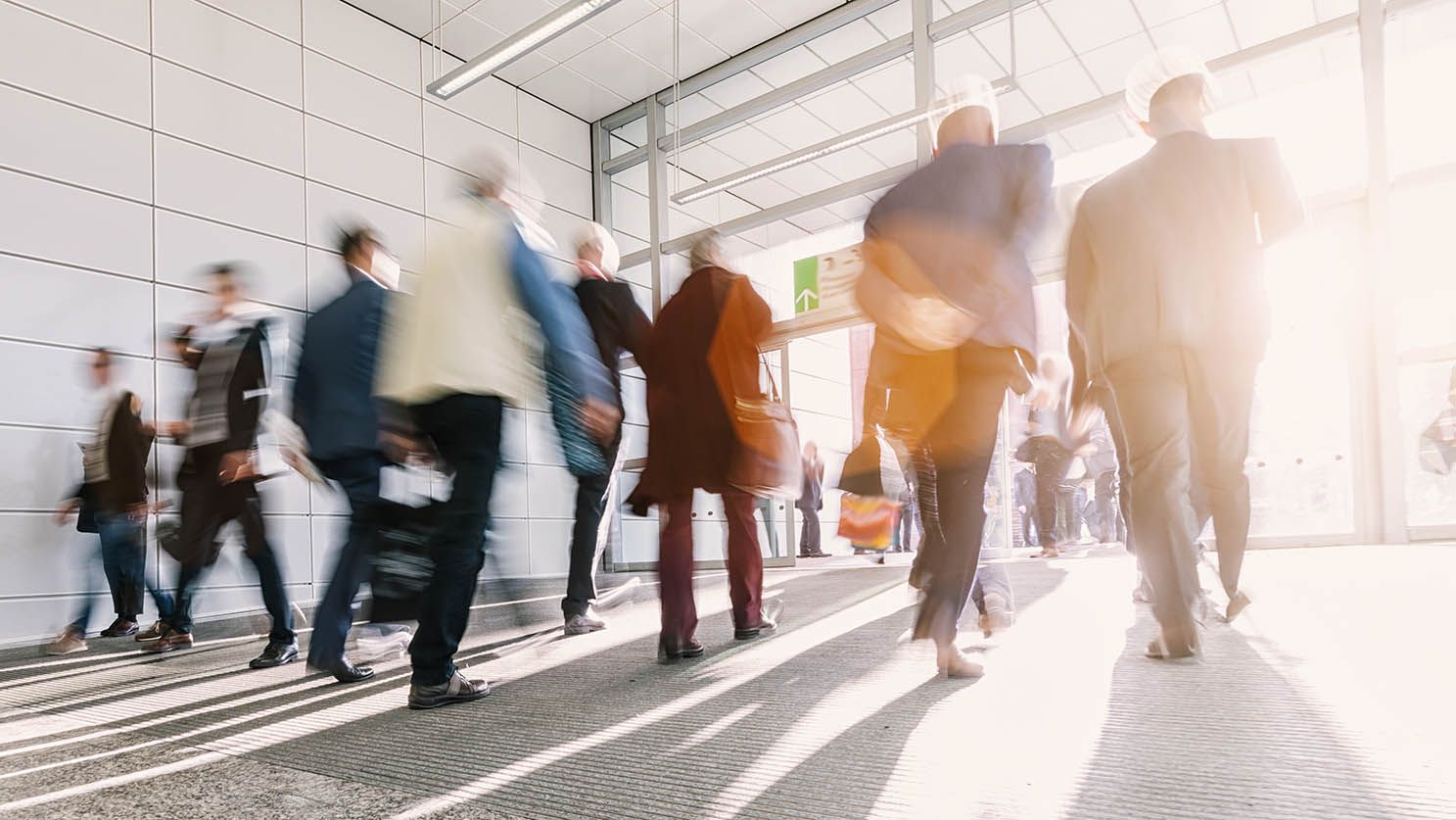 The UK Economy appears to have returned to growth in December according to the latest flash PMI data from IHS Markit, but stockpiling could be flattering the numbers.

The PMI survey from IHS Markit is the most authoritative near-term snapshot of the economy available, and markets will be looking at the results to gauge just how well the economy is recovering from the November lockdowns.

The manufacturing sector appears to be in rude health, at least according to the headline data: the Manufacturing PMI for December read at 57.3, well ahead of expectations for 55.9 and the previous month's reading of 55.6.

The Services PMI meanwhile read at 49.9, below the expected outcome of 50.5 but above November's reading of 47.6.

The Composite PMI - which takes the above readings and balances to account for each sector's share of the overall economy, thereby giving a more authoritative view on the performance of the broader economy - read at 50.7, which is below the 51.3 expected by markets but above November's 49.0. 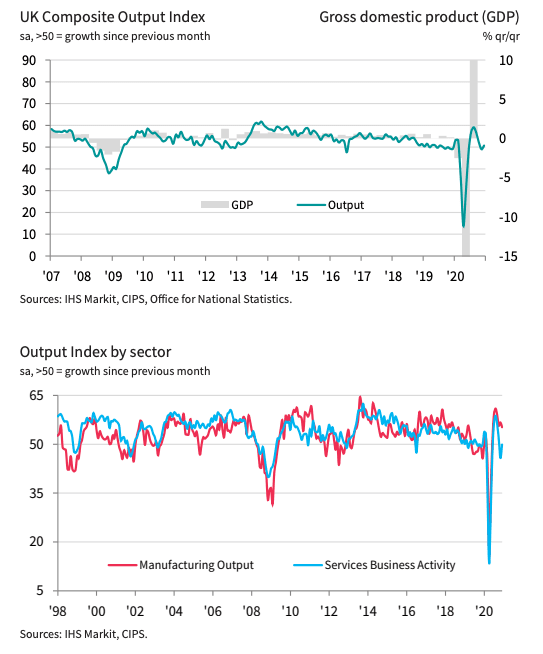 A figure above 50 denotes growth, anything below denotes contraction, therefore the data is showing the economy has started growing once more in December.

Manufacturing therefore appears to be the standout sector of the economy, but IHS Markit and economists are warning that the spike in activity could well be due to stockpiling ahead of the UK's exit from the EU on January 01.

"Stockpiling ahead of the end of the Brexit transition period was reported to have contributed to backlogs of work, whereas factory output expanded at its slowest rate since June. If those stocks are drawn down in January, the manufacturing PMI figures may well fall again next month," says Sandra Horsfield, an economist with Investec.

IHS Markit says businesses have reported that they are concerned of congestion at the UK's ports in the new year, a finding that underscores a desire to stockpile ahead of the year-end deadline.

The survey shows 45% of manufacturing firms are already experiencing delays to inbound supplies, reflecting issues at the ports that are likely to be magnified in January as the trading relationship with Europe changes

"This is a problem that has been reportedly brewing for the past few weeks - a combination of pre-Brexit stockpiling (we saw something similar in March 2019 ahead of the original deadline), but also pre-Christmas demand and Covid-19 disruption," says James Smith, Developed Markets Economist at ING Bank.

"The issues have become so acute that some prominent manufacturers have paused production given the lack of parts. According to some reports, the delays are also causing knock-on effects for UK exports as well as imports," adds Smith.

ING say their calculations are showing that the economic hit in the final quarter of 2021 will not be as bad as originally feared, and certainly won't be as bad as the first half of the year when the initial covid-19 lockdowns were introduced.

UK GDP surprised markets by growing in October, although ING estimate a 6-7% slide in GDP in November owing to the second English lockdown.

They expect a 4-5% rebound in December.

That combined probably puts the fourth quarter contraction closer to -1% than -2%, as they had initially estimated.

Analysts at independent research house Capital Economics are saying UK economic growth should remain subdued for a time yet, but 2021 is nevertheless looking a great deal brighter.

"Given that it looks like restrictions are going to remain tight in many areas of the country for the next few months the recovery may remain subdued for a while. But looking beyond the next six months or so, the positive news on vaccines may mean that GDP growth is much stronger in 2021 than most are currently anticipating," says Thomas Pugh, UK Economist at Capital Economics.

More on the optimistic economic outlook for 2021 from Capital Economics can be found here.