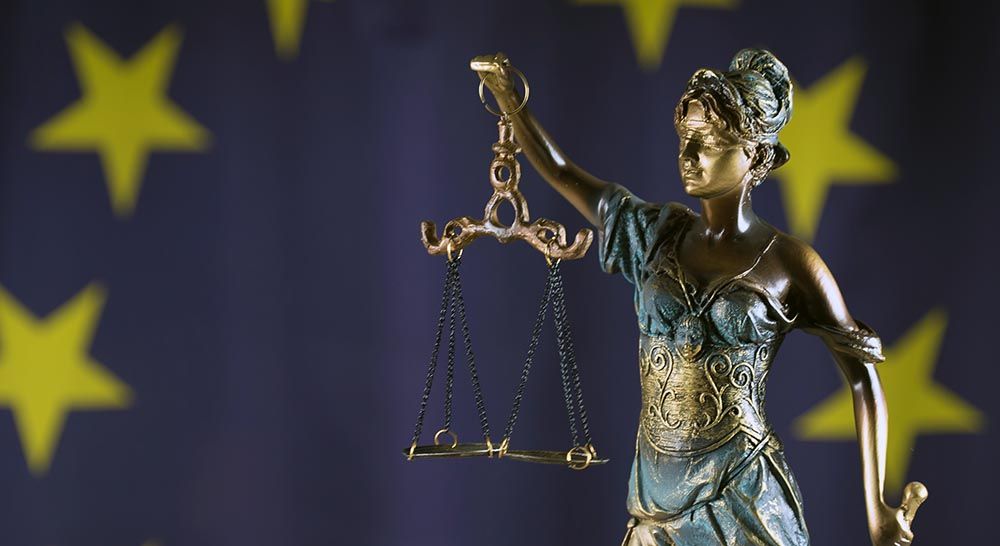 Europe's economy came close to stabilisation in the final month of a turbulent year, IHS Markit PMI surveys indicated on Wednesday, while expectations for the year ahead rose to their highests level for nearly three years in response to progress in the development of a coronavirus vaccine.

The Eurozone economy suffered a far less severe contraction in November and December than was the case in the second quarter of the year, with national 'lockdown' having affected a lesser proportion of firms even after many restrictions were extended to run until year-end in some countries.

Europe's services sector PMI surged from 41.7 in November to 47.3 in December, a far stronger rise than was anticipated by the consensus, which also came alongside further strength among manufacturers who've benefited from both a domestic as well as global economic recovery.

"Future output expectations jumped to a 32-month high, as prospects brightened amid recent news on vaccine developments," IHS Markit said. "Expectations about output in the coming 12 months rose to the highest since April 2018. Sentiment about future prospects hit a 27-month high in the service sector and a 34-month high in manufacturing." 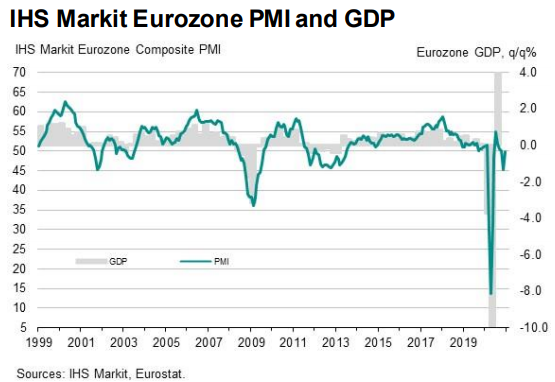 France's services sector was among the strongest contributors to the recovery after its economy emerged from a one-month draconian shutdown that again confined residents to their homes. Meanwhile, Germany's manufacturing sector continued to power onward and upward.

IHS Markit's manufacturing PMI rose from 53.8 to 55.5 when economists had, on average, expected it to fall to 53.0. The index has advanced further into the realm of renewed growth for industry after climbing further above the 50.0 level which denotes the difference between industry expansion and contraction.

"The resilience of the economy ahead of stricter measures is an important positive take away in very uncertain times," says Bert Colijn, a senior Eurozone economist at ING. "But don’t celebrate the end of the downturn just yet as Germany and the Netherlands get set to go into a harsher lockdown."

December's recovery in major economy PMI surveys provided a modest lift to the composite Eurozone PMI, which rose above October's level. However, it still remained a fraction below the 50.0 level, indicating a continued contraction in overall output but at a lesser pace than in November. The composite barometer attempts to quantify the overall change in activity and conditions across both industries as well as all of the bloc's economies.

The data follows a second wave of coronavirus infections that saw businesses and households in all but a few countries encumbered by fresh curbs on activity in November, but with restrictions being tightened further still in Germany and the Netherlands this month, a January PMI setback is now a risk. 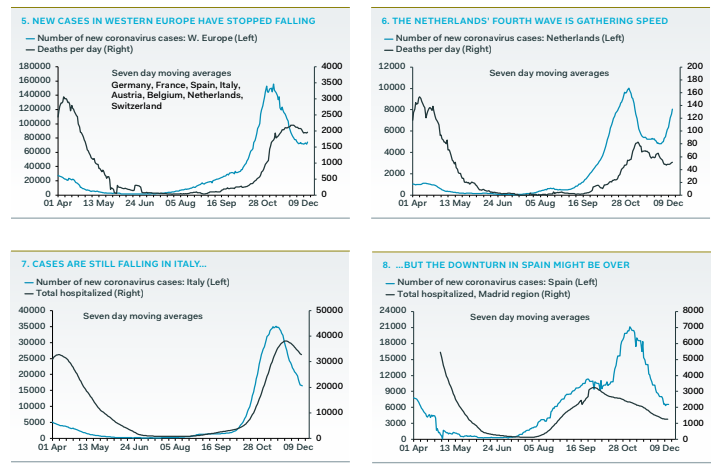 "The trend in cases in Western Europe has flattened, with a renewed surge in the Netherlands offsetting the continued decline in Italy and Austria," says Ian Shepherdson, chief economist at Pantheon Macroeconomics. "Cases are broadly flat, but still too high in Germany, where a national lockdown will begin Wednesday, with all non-essential retail and all schools closed until January 10, at least...Reported cases are now flat or falling in most of Eastern Europe."

But with the UK, U.S. and a handful of other countries having approved and begun distributing the coronavirus vaccine made by Pfizer and BioNTech this month, the outlook for all economies next year has improved.

Europe's EU-wide medicines regulator is expected to approve the vaccine for use in the Eurozone as soon as year-end.

It's hoped that vaccines will lessen the compulsion of governments to impose any capacity-limiting or activity-limiting restrictions on businesses at all.

"The development of at least three vaccines that appear to be both safe and effective has meant that some of the downside tail risks, such as numerous further waves of Covid-19 in 2021 and beyond, have diminished. At the same time upside risks have increased," says Ben May, a global economist at Oxford Economics. "Exit strategies remain unclear, but we assume advanced economies gradually relax restrictions from March/April."