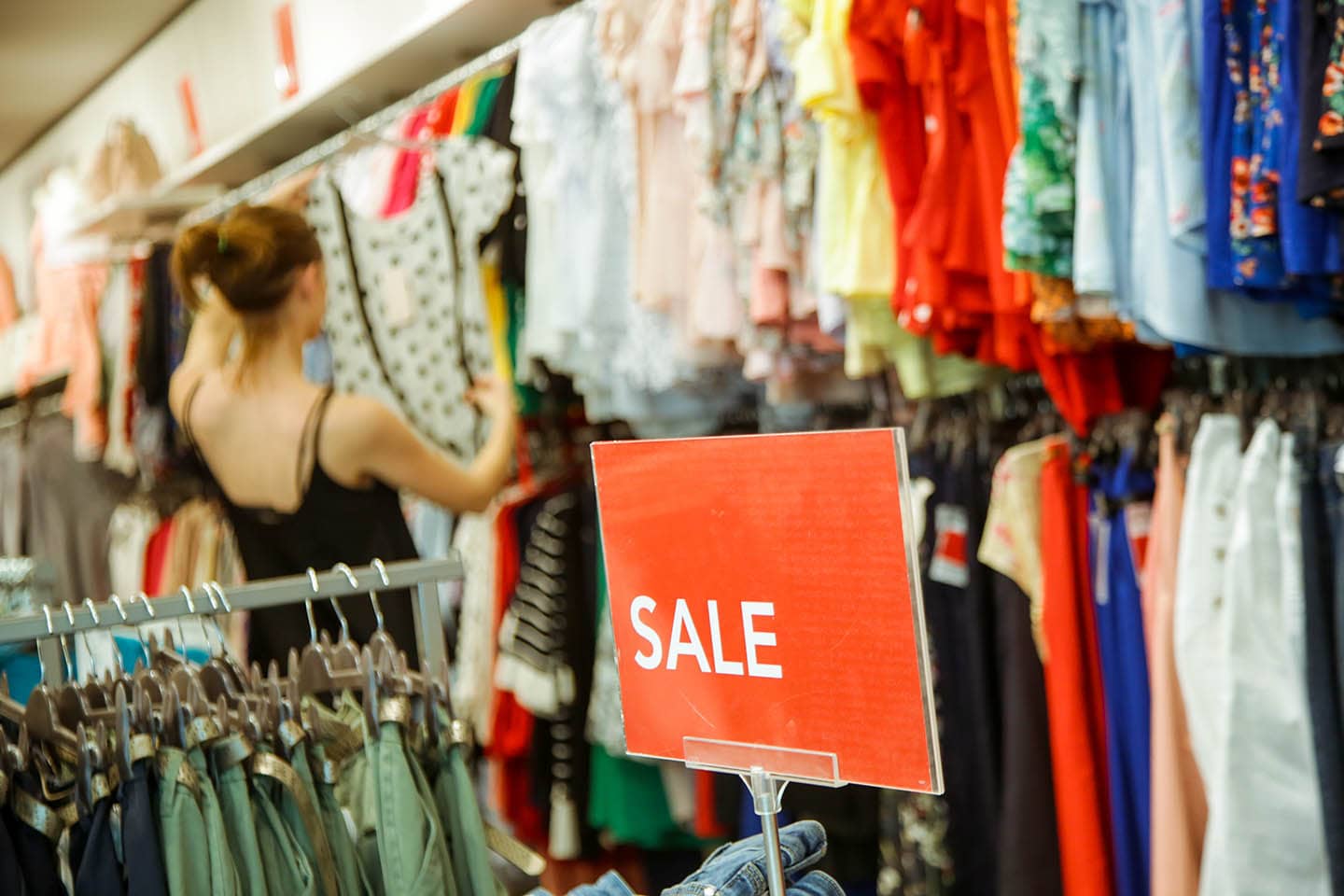 Inflation statistics for the UK from the October-November period shows an unexpected weakness in the UK's inflation rate, with the finger of blame falling on the November lockdown.

The ONS reported that CPI inflation for the October-November period rose just 0.3% year-on-year, well below the 0.6% markets were expecting and below the 0.7% recorded in the previous month.

According to the ONS, much of the downward pull on inflation was due to a negative contribution to the data from clothing and footwear prices.

The ONS says footwear and clothing sales tend to follow a predictable seasonal pattern in normal years, but 2020 has seen this pattern turned on its head.

The ONS noted that the November period tends to see prices in the clothing and footwear category push inflation up as consumers prepare for colder months. But, it is believed because this period coincided with a second lockdown heavy discounting by retailers meant there was no pick up in prices.

"Between August and October, prices broadly increased as usual, but this has been followed by a fall between October and November, whereas prices tend to rise between these two months. This latest fall reflects increased discounting compared with last month." 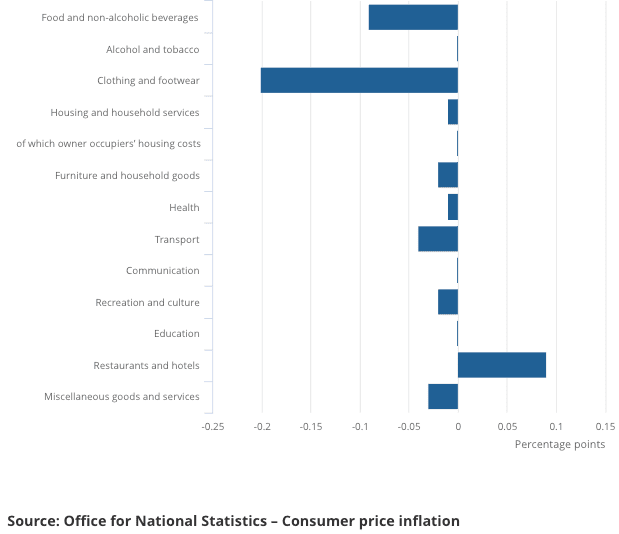 Above: Contributions to change in the CPIH 12-month inflation rate, UK, between October and November 2020.

But it is not clothing that has contributed to the softer-than-expected rate of inflation.

The contribution to the data from food and non-alcoholic beverages has usually been positive over the last four years, but data for November 2020 showed the largest negative contribution from the group since January 2017 says the ONS.

The negative contributions came from a variety of product groups including vegetables and confectionery.