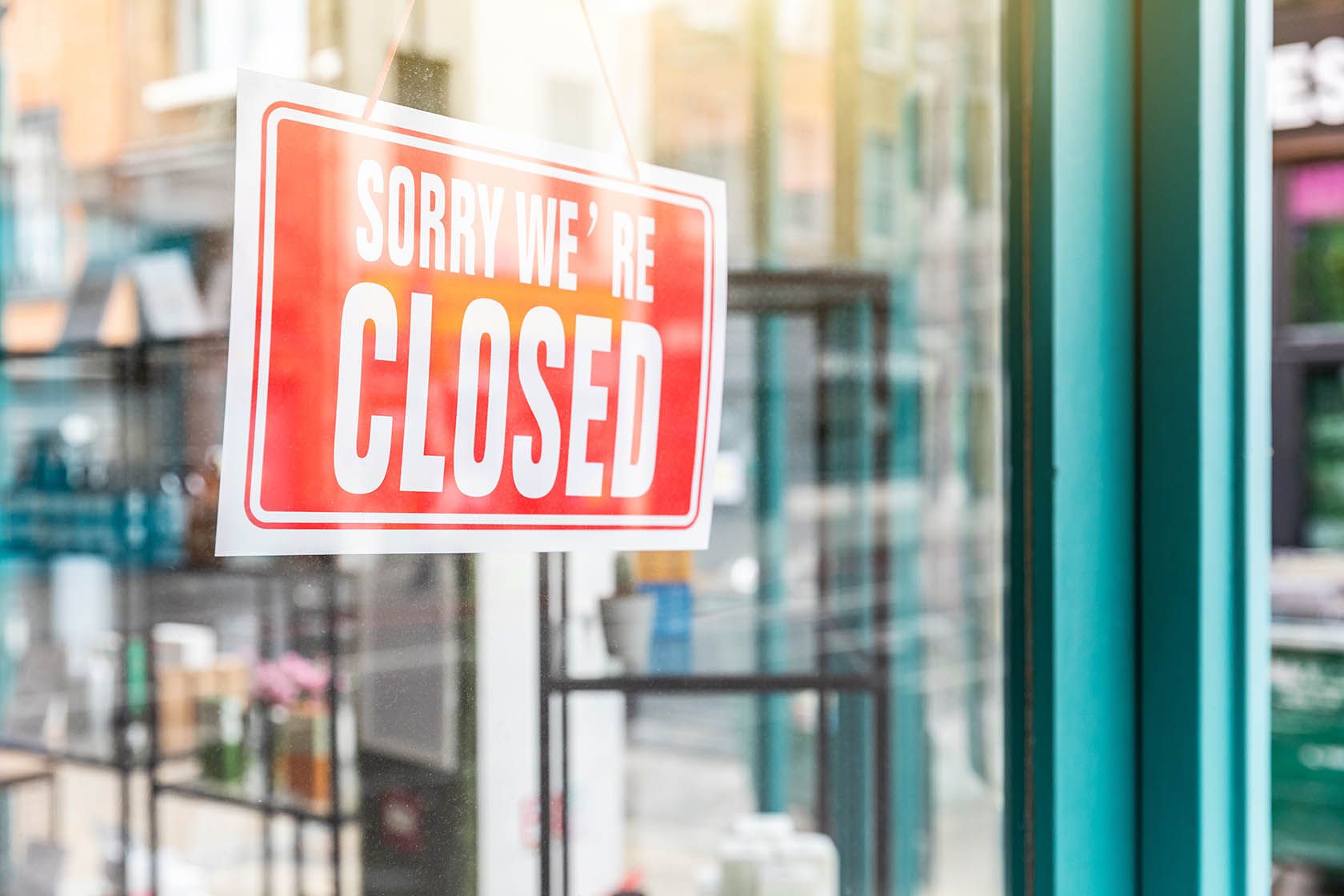 The IHS Markit flash PMI survey showed the UK's dominant services sector had lost substantial momentum, with the Service PMI for October registering at 52.3, well below the 55.0 forecast by markets and the 56.1 recorded in September.

The Manufacturing PMI also disappointed by coming in at 53.3 against expectations for 54.3, representing a slowdown from September's 54.1.

The Composite PMI - which balances the results to adjust for the composition of the economy - read at 52.9 which is well below expectations for 55.6 and September's 55.7.

"The economic recovery has ground to a halt," says Samuel Tombs, Chief U.K. Economist at Pantheon Macroeconomics. "The second wave of Covid-19 is the obvious driver of the slowdown, though the recovery likely would have decelerated anyway, given that the burst of pent-up demand for services after the lockdown was lifted in July never was likely to be sustained." 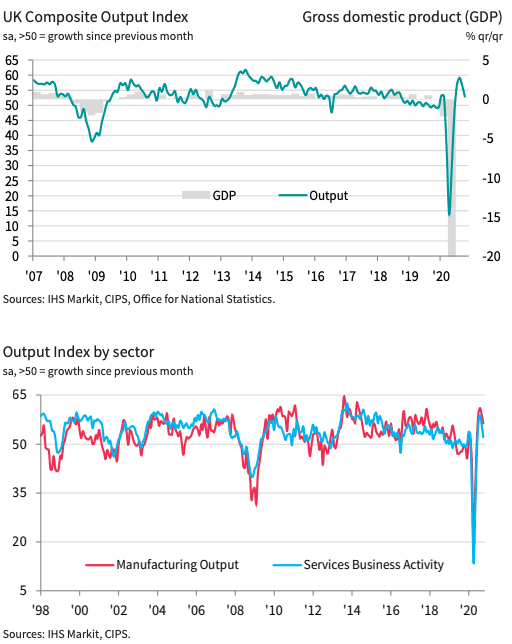 Renewed lockdowns and government restrictions put in place to try and counter a surge in covid-19 infections across some regions of the UK is being widely cited by survey respondents for the slowing in activity.

"Where some businesses were largely unaffected or were able to recoup losses quickly following the worst of the pandemic, consumer-facing businesses were the worst hit and some are now concerned about the prospect of total ruin," says Duncan Brock, Group Director at CIPS, who sponsor the IHS Markit PMI report.

"Either unable to fully open or tempt customers through the doors, hospitality firms saw their hands tied by further lockdown restrictions, safety measures for staff and customers, and the public more reluctant to leave their homes," adds Brock.

According to the report, lower business activity was mainly linked to renewed Covid-19 restrictions and shrinking demand from clients that have been hard hit by the slump in travel and hospitality.

October data indicated a steep fall in employment numbers, with another month of deep job cuts signalled in both the manufacturing and service sectors. Lower staffing numbers were primarily widely attributed to redundancies and the need to reduce operating costs amid shrinking customer demand.

"The fall in October’s flash PMI comes before the full force of the latest COVID-19 restrictions are felt and supports our view that GDP will stagnate in the final three months of the year, if not contract again," says Paul Dales, Chief UK Economist at Capital Economics.

"The COVID-19 restrictions implemented in late September are squeezing activity, particularly in the services sector. And as the latest tightening in restrictions start to bite over the coming weeks, it might not be long before the PMIs are back below 50 anyway," says Dales.

Looking ahead, a slow sharp down in Eurozone economic activity was confirmed by the Eurozone PMIs out on Friday. Given that Eurozone countries are said to be number of weeks ahead of the UK in terms of covid dynamics, the expectation is that further lockdowns and lost economic output await the UK.

"The decline in the Eurozone’s composite PMI to 49.4 in October, from 50.4 in September, is a disconcerting sign; the second wave is more advanced than in Britain in most Western European countries, bar Germany and Italy. For now, the U.K. government is hoping that nationwide business closures will not be needed again; indeed, only pubs and bars that do not serve food must close in the worst affected regions, for now. But confirmed cases of Covid-19 are growing at a 20% week-on-week rate, and daily hospital admissions will hit their April 7 peak in just four weeks' time, if the current growth rate is maintained," says Tombs.