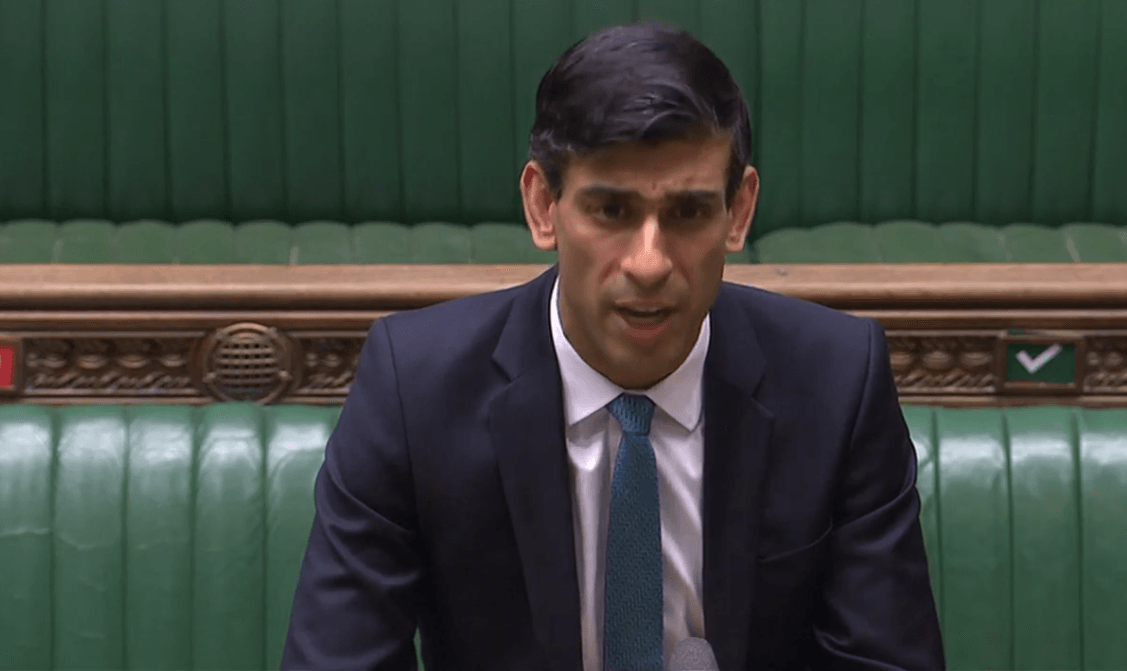 The UK Treasury has today unveiled further fiscal stimulus and support initiatives aimed at cushioning the negative impact to businesses caused by the Government's lockdown and restriction measures aimed at suppressing the covid-19 virus.

The initiatives will see monetary support offered to employees to help stave off a surge in unemployment, while existing business support schemes were extended meaning there was no 'show stopper' announcement that some businesses and market participants were looking for.

The details of the Treasury's Winter Economy Plan were unveiled by Chancellor of the Exchequer Rishi Sunak to Parliament on Thursday, with a Job Support Scheme being the flagship initiative.

"From 1 November, for the next six months, the Job Support Scheme will protect viable jobs in businesses who are facing lower demand over the winter months due to Covid-19," said Sunak.

"These bold steps from the Treasury will save hundreds of thousands of viable jobs this winter. It is right to target help on jobs with a future, but can only be part-time while demand remains flat. This is how skills and jobs can be preserved to enable a fast recovery," says Carolyn Fairbairn, CBI Director-General. 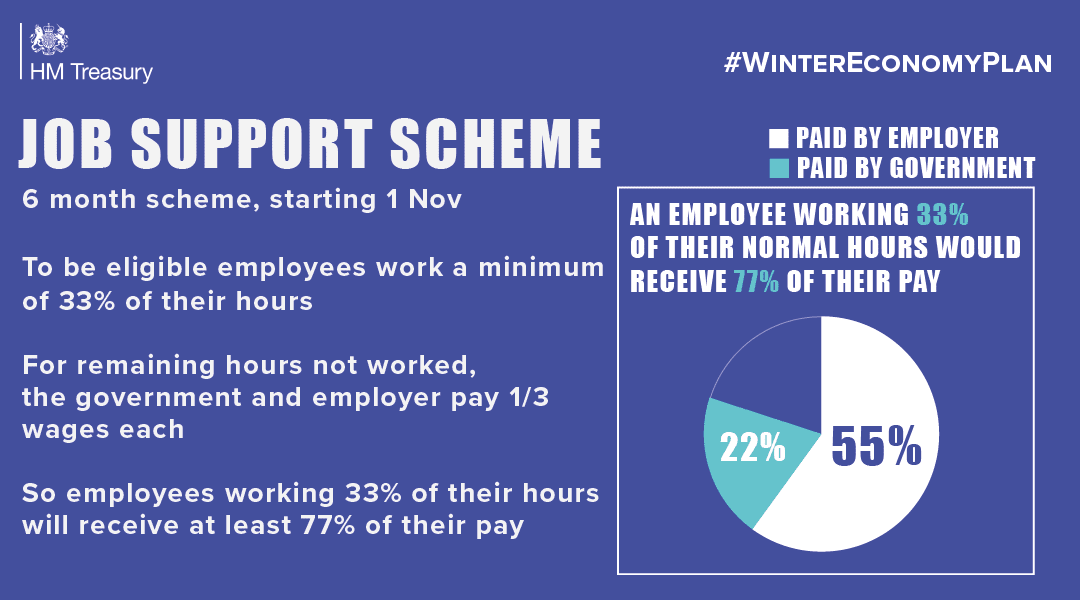 The initiatives come on the same day the ONS says their latest covid-19 business survey reveals that about 16% of all UK businesses are now no longer operating. This compares to the previous week's estimate that suggested only 3% of businesses were no longer trading due to the Government's covid response.

The stark upgrade is because the ONS has now included small businesses in the survey, and it is these who are likely to have ceased trading.

Responding to the Treasury's latest initiatives, Hinesh Patel, Portfolio Manager at Quilter Investors described Sunak's statement to Parliament as being "lacklustre", as it lacked the "targeted stimulus necessary to get economy moving in right direction".

"The government would have been better off committing further in its pledge to get Britain building and the green initiatives introduced in the Summer and going for more targeted stimulus in those sectors that have been decimated. It is going to be a long winter for some of these firms, and some, especially the airlines and events companies, will have been hoping for a lot more support," says Patel.

The Treasury also announced the Self-Employment Income Support Scheme is extended to support viable traders who are facing reduced demand over the winter months, covering 20% cent of average monthly trading profits via a government grant.

Self-assessed income taxpayers were meanwhile given an option of extending their outstanding tax bill over 12 months from January.

Lenders have been enabled to offer Coronavirus Business Interruption Loan Scheme borrowers more time to make their repayments where needed.

More than one million businesses which have borrowed under the Bounce Back Loan Scheme - which offered up to 50K to smaller businesses - will be offered the choice of more time and greater flexibility for their repayments under what is known as a "pay as you grow" repayment scheme.

"Pay-as-you-grow, interest-only terms, additional payment holidays, it’s ultimately putting lipstick on a pig," says Jon Kay, Director of Bury St Edmunds-based Camp Tails Doggy Daycare. "Debt is debt and for many small businesses struggling to bounce back in a brutal environment it will be the final nail in the coffin. The Chancellor needs to announce protection for employers as much as employees. The latter don’t exist without the former, after all. If another lockdown happens, most businesses won't survive anyway without significant additional support."

The Treasury has also extended the 15% VAT cut for the tourism and hospitality sectors to the end of March next year, a move they say will assist over 150,000 businesses and protect 2.4 million jobs.

Businesses who deferred their VAT will no longer have to pay a lump sum at the end of March next year. They will have the option of splitting it into smaller, interest free payments over the course of 11 months - benefitting up to half a million businesses

The application deadline for all coronavirus loan schemes – including the future fund - has been extended to 30 November ensuring even more businesses can benefit from government-backed support.

"The policy measures just announced by the Chancellor will go some way to cushioning the blow to the economic recovery from the new restrictions to contain COVID-19 and limiting the long-term hit to unemployment. But these actions won’t eliminate the hit entirely. That is why we think GDP will stagnate in the last three months of the year and take until end-2022 to return to its pre-crisis level," says Ruth Gregory, Senior UK Economist at Capital Economics.

Capital Economics says the fiscal support offered by the Government will unlikely be enough to keep further stimulus initiatives from the Bank of England at Bay.

"It may soon be the Bank of England’s turn to show that it is doing all it can to prevent the recovery from going into reverse in the coming months. We don’t think the Bank will use negative interest rates in the next 6-12 months. But we expect it to announce a £100bn expansion of QE by November and an extra £150bn next year," says Gregory.

Further stimulus from the Bank will likely pressure UK yields lower, which will in turn sap support from Pound Sterling exchange rates.