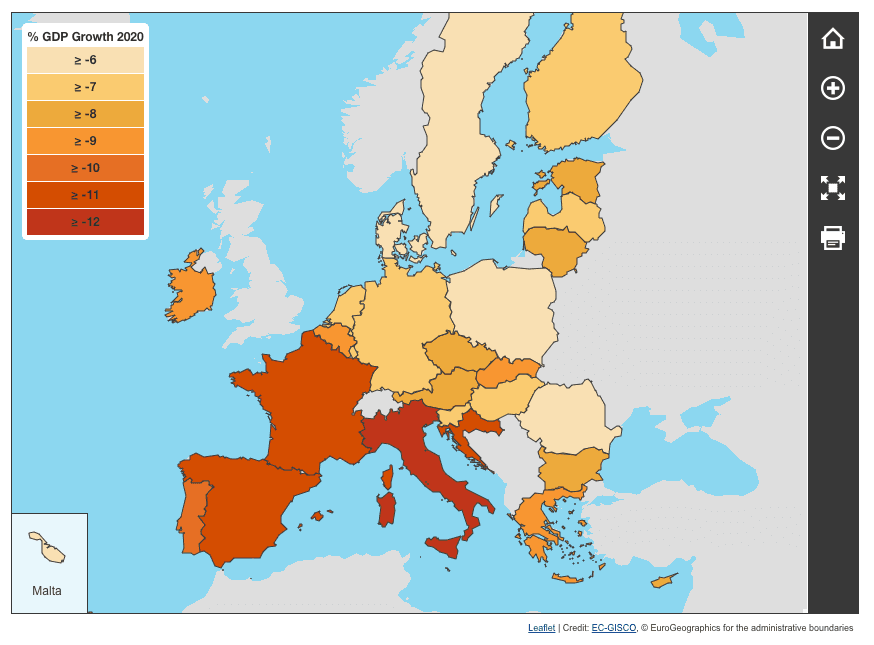 The EU Commission's summer economic forecasts show GDP is forecast to have fallen 13.5% quarter on quarter for the second quarter.

The eurozone economy is forecast to contract by about 8.75% in 2020 before recovering at an annual growth rate of 6% next year.

"These projections are somewhat lower than in the spring forecast and point to an incomplete recovery as output at the end of 2021 is expected to be about 2% lower than before the crisis and about 4 ½% below the GDP level forecast in winter," said a briefing from the European Commission, detailing the latest set of forecasts. 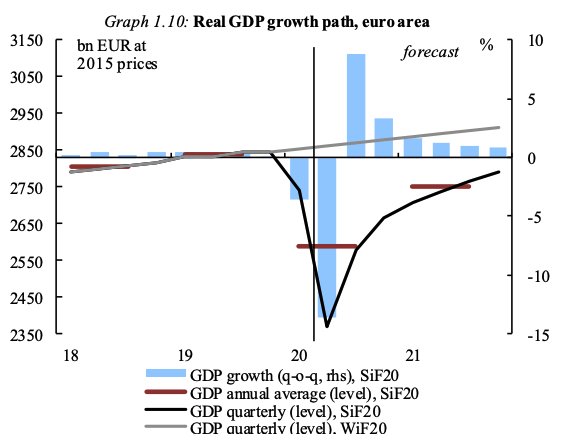 The biggest impact will be felt by Italy, where growth is forecast to fall 11.2% in 2020, followed by Spain where a -10.9% reading is forecast and France where a contraction of 10.6% is expected.

For the second quarter 2020 the EU Commission says all screened indicators suggest an acceleration of the contraction in economic activity with persisting differences across countries and industries.

"The main reason for that is a much longer period of ‘lockdown’ compared with the first quarter while the easing of containment measures as of early May has been only gradual," said the Commission.

However, the recovery in the second half of the year is looking more encouraging with the Commission saying the European economy is expected to bounce back, but with bigger and more persistent differences across Member States than expected in spring.

"Signs that economic activity has already passed the trough have been visible in May as the phasing out of restrictions was progressing. In June, indicators suggest that the economy has gained further momentum, providing a favourable starting point for a further pick-up in the third quarter," said the Commission.

However, expectations for a bounce back in growth relies on an assumption that containment measures in the EU will be gradually further lifted and no major second wave of infections will trigger new generalised restrictions.

It is also believed that the recovery will be underpinned by the fiscal and monetary policy measures credibly announced up to the cut-off date are expected to support the recovery and prevent large-scale bankruptcies and layoffs.

The EU Commission has proposed a €750BN fund to underpin the region's recovery, but this is yet to be signed off by EU nations which underlines how important political deliberations over the matter will be for the economic outlook. The European Central Bank has meanwhile announced in June it was expanding the volume of money it would make available to the economy by increasing the size of the envelope for the pandemic emergency purchase programme (PEPP) by €600BN to a total of €1,350BN.

The balance of risks are said to be still tilted to the downside, with the major fear being a second wave of covid-19 infections which is also expected to leave more permanent scars on the economy.

Brexit is also a concern for the Commission who said "the absence of a deal on the relationship between the EU and the UK as of 2021 remains an important risk." 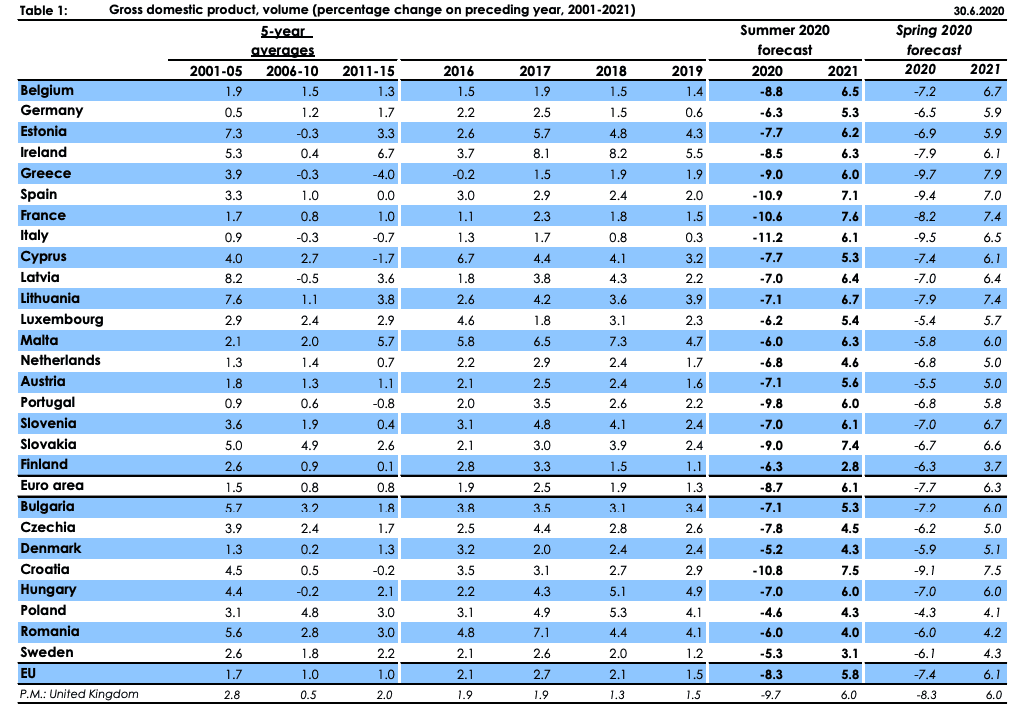